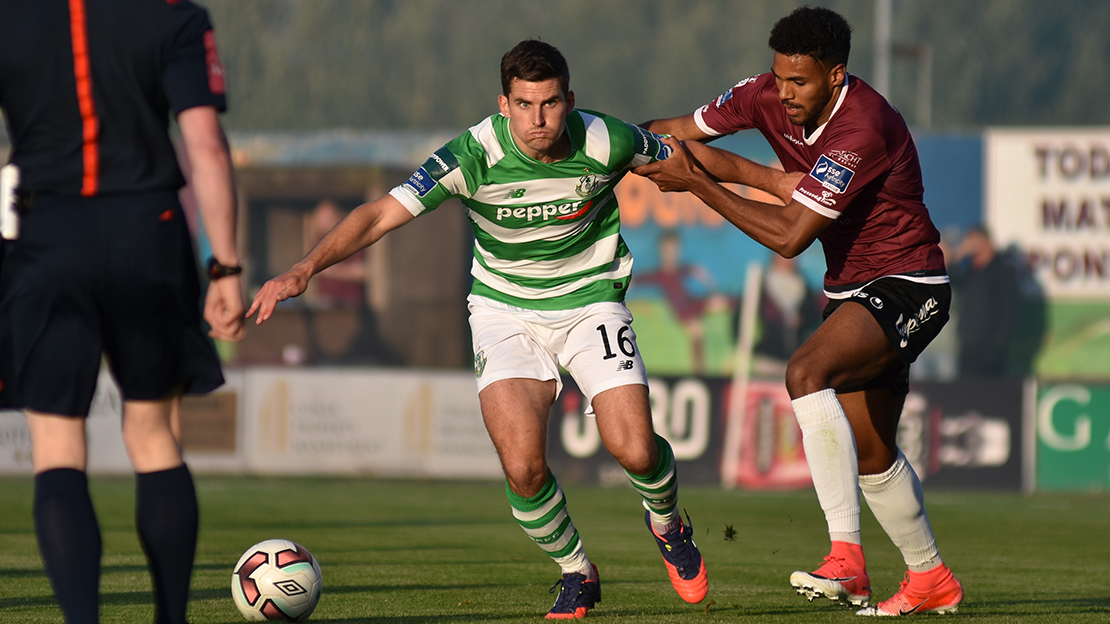 Shamrock Rovers left Eamonn Deacy Park with the three points on offer thanks to a late double from Gary Shaw.

United had lead through a Ronan Murray penalty but Shaw drew the Hoops level with a looping header with ten minutes remaining.

The former Longford Town striker then rifled home a low effort with just a minute left on the clock after United had failed to clear their lines.

Shane Keegan’s side made a promising start to the game, Shamrock Rovers goalkeeper Tomer Chencinski fumbled a Marc Ludden long throw and the ball had to be cleared off the line.

Attacking midfielders from both sides attempted to break the deadlock, but both Graham Burke and Gavan Holohan were denied by Conor Winn and Tomer Chencinski respectively.

Gavan Holohan pressed Ryan Connolly, winning the ball, before setting up Jonah Ayunga, who carried the ball to the edge of the box before flashing a shot narrowly over.

United received a let off when Ryan Connolly played a ball in behind that Brandon Miele latched on, but his shot ended up in the side netting.

United were awarded a penalty in the 26th minute when David Webster handballed with Ronan Murray about to apply the finishing touch. Somehow Webster did not receive a straight red for stopping what was clearly a goalscoring opportunity.

Ronan Murray converted from 12 yards, sending Tomer Chencinski the wrong way, to score his 14th goal of the season. 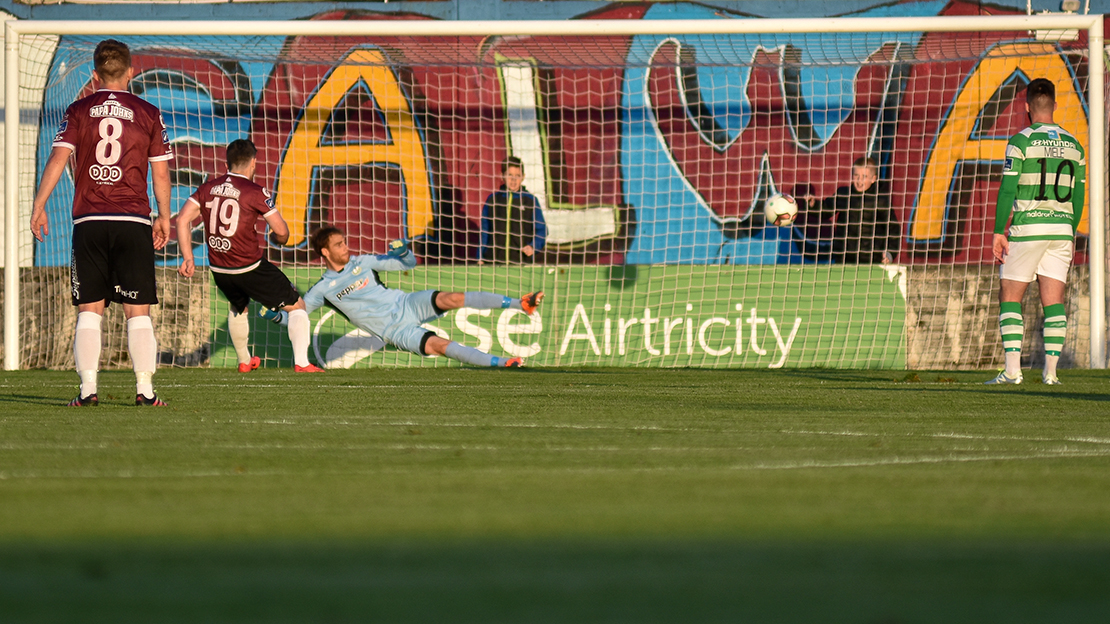 United should’ve received a second penalty on the stroke of half time when a Shamrock Rovers player handballed again in the box, right in front of the linesman, but Anthony Buttimer wasn’t interested.

Long range efforts from Ronan Finn and Graham Burke early in the second half both had to be pushed away by Conor Winn with pressure from Shamrock Rovers growing.

Winn made another important reaction save to deny David McAllister’s close range diving header after Graham Burke supplied the cross.

Rovers did eventually claw their way back into the game when David Webster crossed from the right, Gary Shaw glanced a looping header into the far corner, out of Winn’s reach.

It looked like United had done enough to draw the game, but Shaw had other ideas and with just a minute left on the clock, the striker found the bottom corner after a scramble in the box.