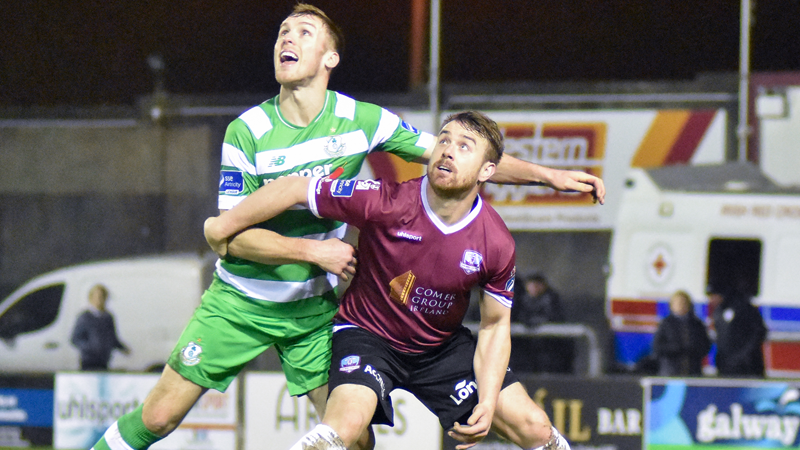 A goal in either from Shamrock Rovers striker Gary Shaw sealed a 2-1 win for the Hoops at Eamonn Deacy Park.

Ronan Murray levelled for United in an improved second half showing, but parity only last eight minutes and Gary Shaw punished the home side, turning Ryan Connolly’s free-kick home through a crowded penalty area.

The visitors took the lead after only two minutes, a misplaced Gary Shanahan pass went straight to Ronan Finn and he carved United’s defence open with a through ball, Gary Shaw fended off the challenge of Stephen Folan before stroking the ball past Conor Winn.

Shamrock Rovers goalkeeper Tomer Chencinski started a counter attack from the back, Conor Winn left his goalmouth to intercept the ball but Darren Meenan knocked the ball over United’s keeper, but luckily David Cawley swept in to close Darren Meenan down.

Gary Shanahan delivered an inviting cross into the box, the ball almost dropped to Ronan Murray, who was winding up to shoot, but the cross took a deflection and rolled into Chencinski’s arms.

Ronan Finn’s free-kick five minutes before the break was the last chance of an uneventful first half, but Conor Winn got his angles right and saved. 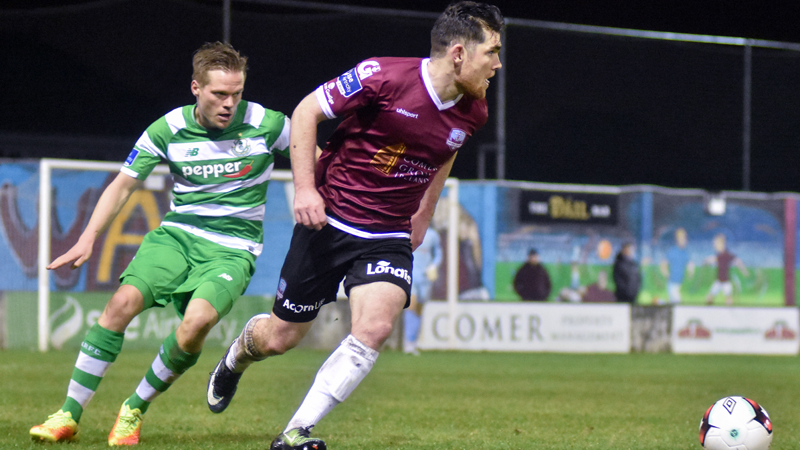 Just before the hour mark, United got themselves back into the game. Daniel Devine’s under-hit pass to Ronan Finn was cut out by David Cawley, who then played a one-two with Vinny Faherty before crossing with his left foot, the ball deflected off David Webster and it fell perfectly in Ronan Murray’s path, the Belmullet native struck the ball first time and it took a slight deflection off Roberto Lopes en route to the back of the net.

Shamrock Rovers were back in front just eight minutes later, Ryan Connolly’s free-kick was not punched far away from goal by Conor Winn, Gary Shaw had time and space to turn in the box and his shot found the back of the net.

The closest United came to grabbing an equaliser was when Marc Ludden’s in-swinging cross from the right was crying out for a touch, but no United player could make a connection. Gavan Holohan also tested Tomer Chencinski from distance, but the Canadian netminder got a strong hand to the ball and Shamrock Rovers held on to grab their second win of the season.