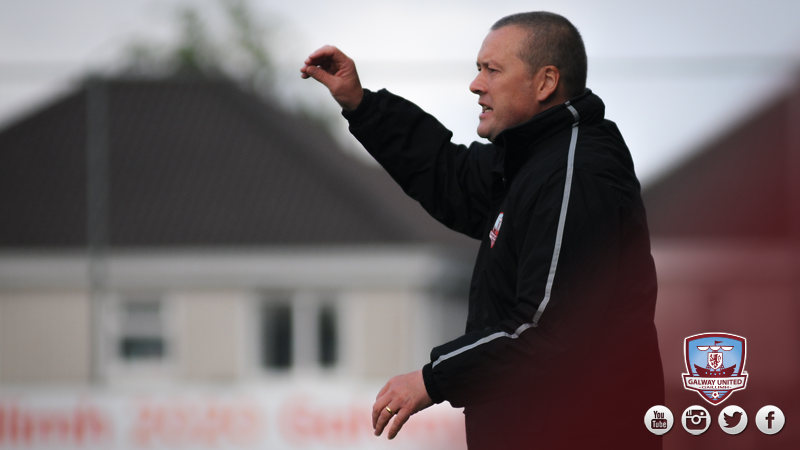 Shelbourne came from behind at Fahy’s Field to win 2-1 on Saturday afternoon.

United took an early lead in the game when Vinny Faherty nodded down a Ryan Connolly corner kick for Kevin Devaney, who steered the ball home from close range.

Kevin Horgan was forced into a finger tip save after Shelbourne counter-attacked and James English got a shot away.

Colm Horgan and John Sullivan split the Shelbourne defence with some neat play, Horgan raced to the byline before crossing the ball along the six yard box, Vinny Faherty darted to make a connection but at full stretch he failed to guide the ball into the net.

Ryan Connolly delivered a dangerous free-kick inside the Shelbourne box, Stephen Folan rose highest, glancing the ball towards goal but he pulled his headed effort wide of the upright.

Cian Kavanagh drew the visitors level with a well-struck free-kick in the 34th minute. The Shamrock Rovers loanee curled the ball around the wall and it nestled into the bottom corner, beating Kevin Horgan.

In the second half, substitute Enda Curran almost grabbed a second goal for the Tribesmen when he headed back across goal after John Sullivan crossed from the right but his effort was wayward.

Fifteen minutes from time, a tremendous piece of skill from Conor Melody almost led to a cracking second goal for Galway United. The ball was fed into the wingers feet, he swivelled on it outside of the box before curling the ball towards the top corner but Greg Murray was untroubled.