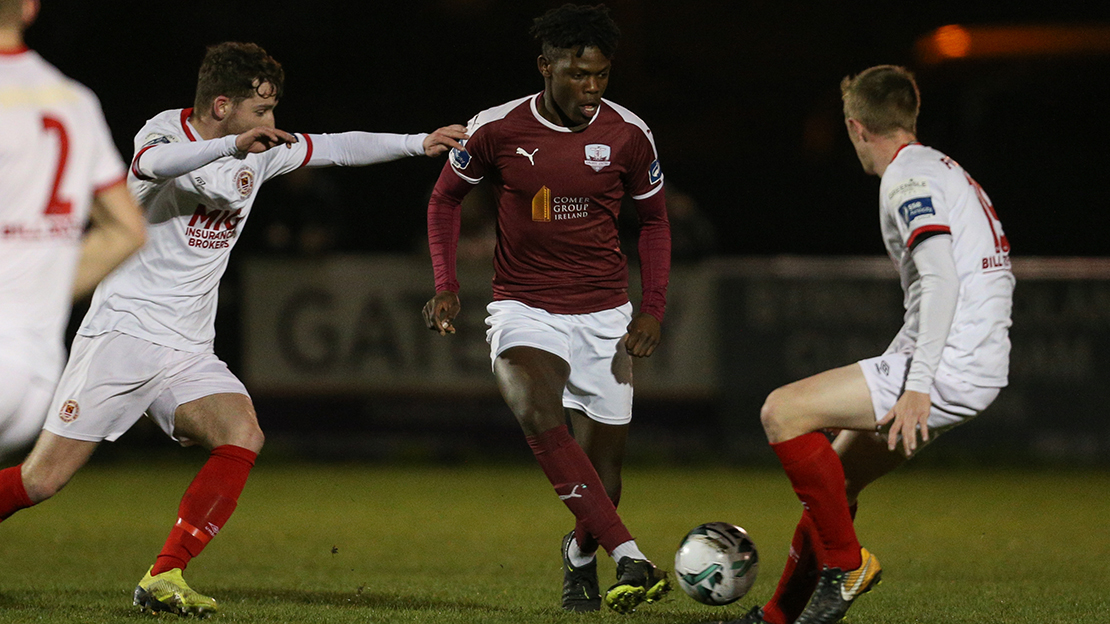 Second half goals from James Doona and Ronan Hale fired St. Patrick’s Athletic to a 2-1 win against Galway United at Willow Park in Athlone.

Moments later, Micheál Schlingermann had to be alert to keep out Ronan Hale with a fine reaction save.

Schlingermann was the busier of the two goalkeepers in the first half and he was called into action once again to deny James Doona from point-blank range.

St. Patrick’s Athletic broke the deadlock ten minutes into the second half when James Doona finished off a fine team move, smashing the ball into the roof of the net.

Substitute Timmy Molloy setup a comeback with a sublime volley into the corner of the net, but United couldn’t find a second goal, despite pushing for a leveller late in the game.