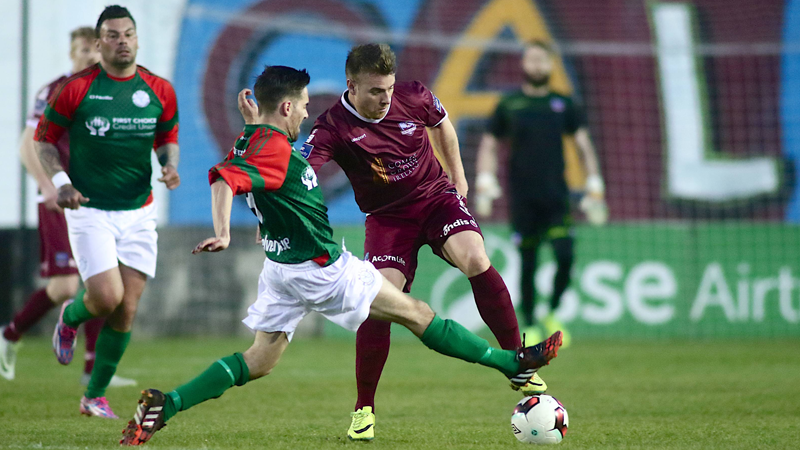 United overcame a spirited Mayo League side on a perfect evening for football at Eamonn Deacy Park.

After a quiet opening period, it was Mayo who had the first chance of note. On the quarter hour mark, James O’Donnell hit a well-placed free-kick over the wall and inside Ciaran Nugent’s near post, but it lacked the power to trouble the United netminder.

Gary Shanahan provided a cross for Vinny Faherty, but his headed effort was always too high.

Faherty turned provider moments later when he slipped the ball through for Jesse Devers, but he shot just wide of the far post.

A short corner routine from United allowed Colm Horgan to deliver a cross towards the back post, which was met by Faherty, but he was unable to direct it on target.

A couple of minutes from the break, Gary Shanahan unleashed a powerful shot from 30 yards, but his effort just cleared the crossbar.

On the stroke of half-time United hit the front. Gary Shanahan got to the byline before looking up and picking out David Cawley with a pin-point pass, the Mayo man finished low into the corner of the net. 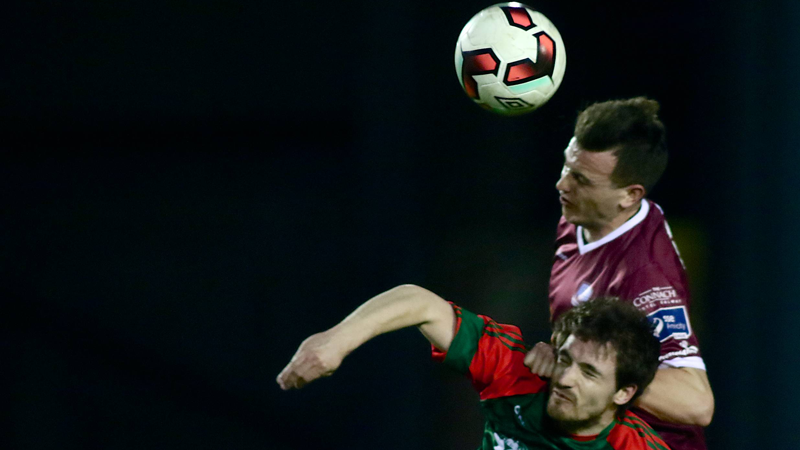 The visitors had the first opportunity of note in the second half, when Keith Duffy hit a free-kick that took a deflection on its way towards goal, but Nugent was quick to adjust to the danger.

Joe Lawless was unable to direct a free header goalwards from a corner for the Mayomen.

Shanahan floated a cross for the waiting Vinny Faherty, but he was unable to get enough power into his effort.

Jesse Devers let fly from outside the box but his curling shot smashed off the post.

A few minutes from time, David Cawley linked up with Ronan Murray playing a clever free kick in behind Mayo’s defence, but Cunningham saved for the visitors.

On the stroke of full-time, a dangerous Ronan Murray cross from the left was met by the head of Vinny Faherty, who looped a headed effort beyond the reach of Cunningham.