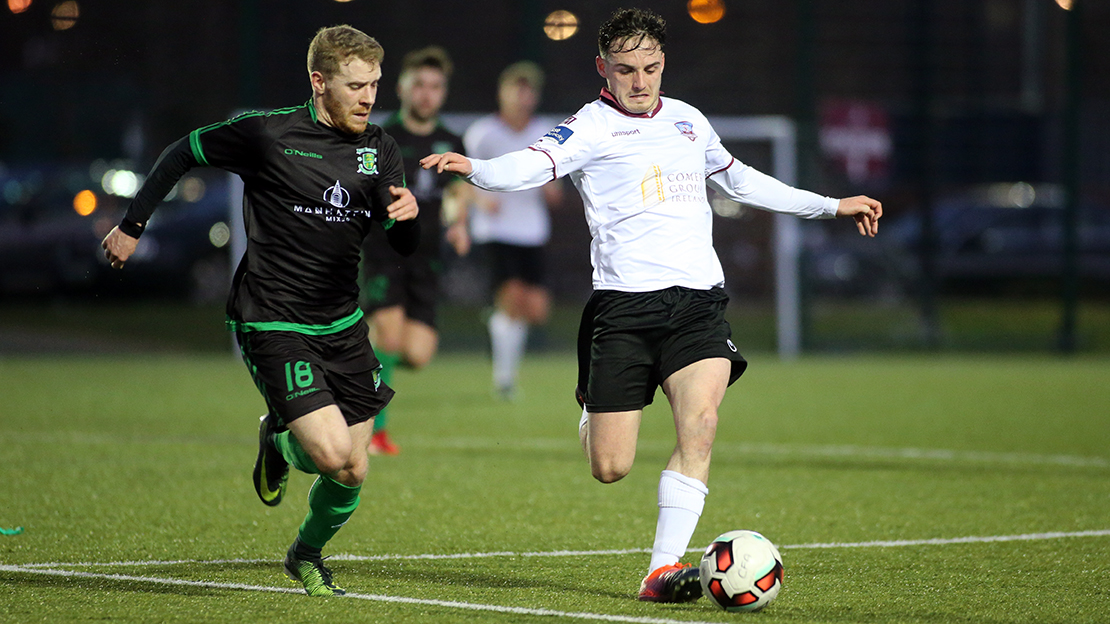 Second half strikes from Carlton Ubaezuonu and Ryan Connolly secured a first pre-season friendly win for United on Sunday evening against Portlaoise AFC.

A strong second half showing from Shane Keegan’s side won the game, but the Leinster Senior League side will feel aggrieved that they went into the interval only on level terms.

Portlaoise cannoned a shot off the crossbar from close range before United received another let off when Connor Gleeson had to make a smart save in a one-on-one situation.

The second half saw a marked improvement from the Tribesmen however and chances were carved out throughout the second period.

Ryan Connolly took responsibility for a penalty-kick after a trialist was fouled in the box, but the Mayo man fired his spot kick wide.

Carlton Ubaezuonu drove through at goal and fired across the Portlaoise goalkeeper to find the bottom corner and set United on their way.

Ryan Connolly atoned for his penalty miss when he played a neat one-two with Eoin McCormack and he made no mistake, slotting home confidently to seal the win.