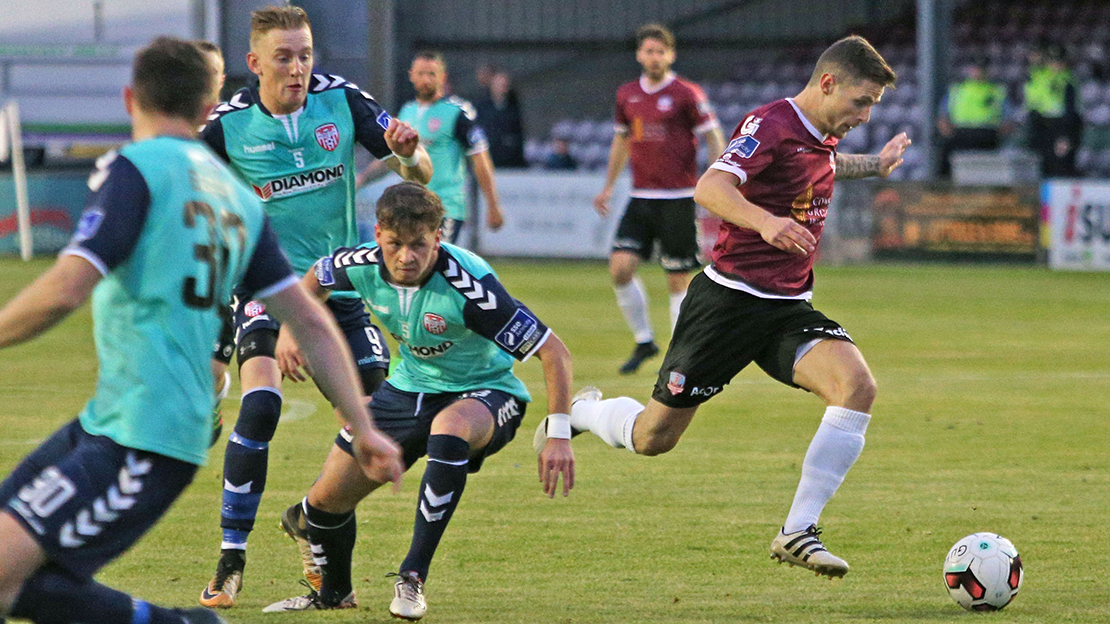 United boosted their survival hopes with a vital win against Derry City at Eamonn Deacy Park.

Kevin Devaney gave United the perfect start, side-footing past Ger Doherty. Derry City responded through Rory Patterson, who fired across Conor Winn into the far corner of the net after the ball broke in his path from a rebounded shot.

There was late drama at Eamonn Deacy Park however, with just 10 minutes remaining Marc Ludden delivered a cross that sat up perfectly for Stephen Folan in the box and he steered the ball into the back of the net with a low drive.

Shane Keegan demanded a marked improvement in performance after last week’s disappointing FAI Cup exit against Limerick and he certainly got that from his players against Derry City. United started with purpose and Gavan Holohan saw a shot palmed away by Ger Doherty after the midfielder had glided past two Derry City defenders.

United hit the front on the quarter-hour mark, Ronan Murray’s shot was blocked down, but the ball rebounded into Kevin Devaney’s path and he showed great composure to side-foot past Ger Doherty.

Derry City’s response was instant and they went close to levelling when Rory Patterson scooped a ball between the lines for Lukas Schubert, who saw his acrobatic bicycle kick marginally clear Conor Winn’s upright. 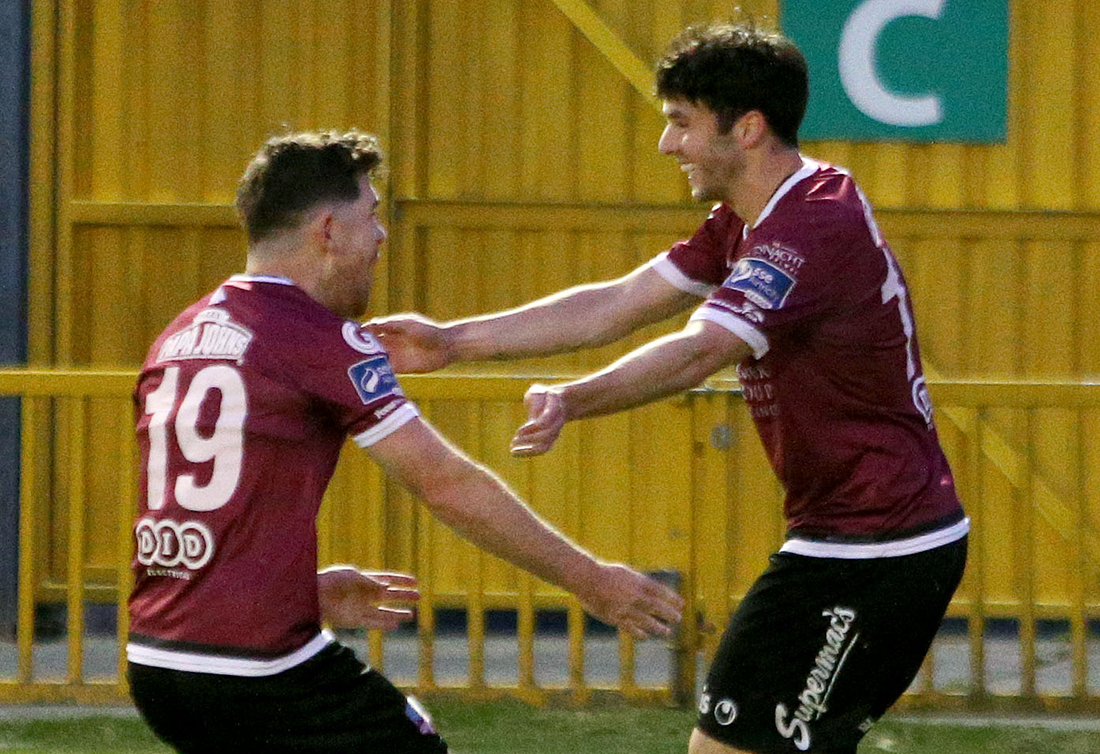 Austrian winger Schubert was also involved in Derry City’s next attacking phase of play, crossing for the unmarked Ronan Curtis, but the Republic of Ireland under-21 international headed straight at Conor Winn.

Ronan Murray showed amazing vision to pick out Padraic Cunningham with a well executed pass, Cunningham had peeled away in behind the visitors defence, but he failed to keep his shot down.

Derry City dragged themselves back on level terms after the half hour mark, a shot from outside the box deflected perfectly into Rory Patterson’s path and he was composed and fired across Conor Winn into the far corner.

Patterson went close to grabbing a second goal two minutes into the second half, Derry City caught United napping with a quick free-kick, Patterson was played through but he couldn’t find a way past Conor Winn for a second time.

Ronan Murray intercepted a short defensive header back to Ger Doherty, Murray knocked the ball past Derry City’s goalkeeper, but there was too much pace on the ball and the Mayo striker could only knock the ball into the side netting.

Rory Hale made a lung bursting run from midfield to get on the end of Kevin Devaney’s cross, but he couldn’t sort his feet out in time and when Hale eventually manufactured the time and space to shoot, he fired over.

United received a let off when Conor McDermott picked out the unmarked Ronan Curtis at the edge of the box and he let fly, but once again Conor Winn gathered with safe hands.

With just 10 minutes remaining, Stephen Folan won the game for United with an instinctive finish from close range. Marc Ludden’s corner-kick was recycled back to the full-back and he delivered another cross that Folan did brilliantly to fire past Ger Doherty, earning Galway United a hugely important league win ahead of the biggest Connacht Derby in years.