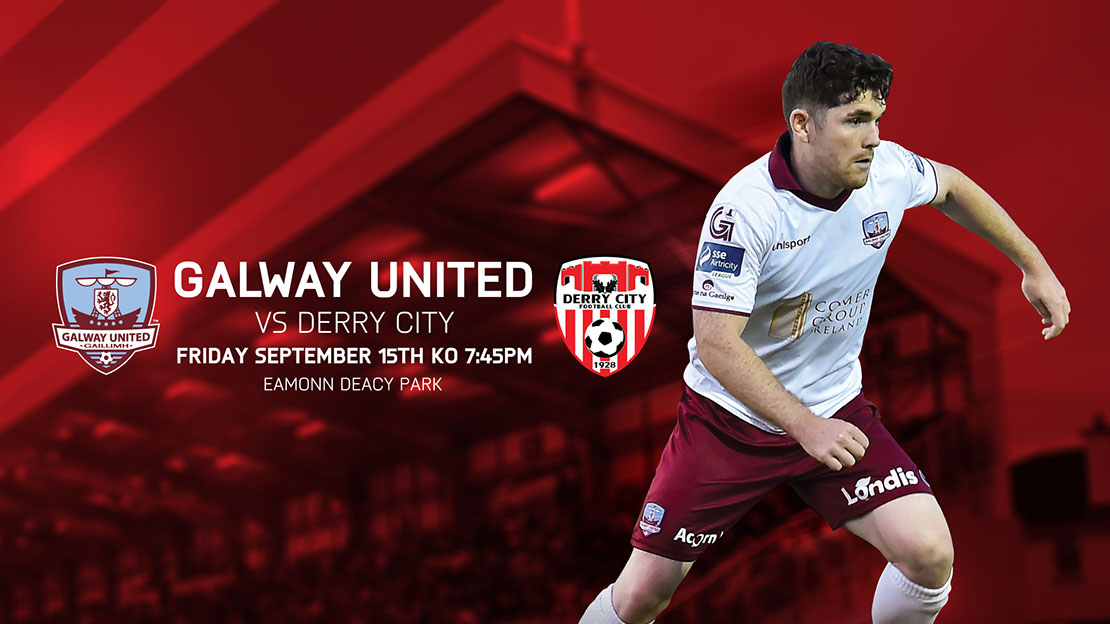 Galway United return to league action on Friday night with a home game against Derry City. Kick-off is at 7.45pm at Eamonn Deacy Park.

An under-par United performance saw the Tribesmen knocked out of the FAI Cup by Limerick last week.

Shane Keegan’s side now have six remaining league games, four of which are at Eamonn Deacy Park, to secure the club’s Premier Division status for 2018.

Keegan wants to put the disappointment of the Cup exit to one side when Kenny Shiels’ Derry City visit the west and he’s hoping to see a response from his players.

KEEGAN WANTS TO SEE A REACTION AGAINST DERRY CITY
“It’s two teams with a massive motivation, for very different reasons. Derry City have had two heavy defeats against Dundalk but there is no doubt that they’re one of the best sides in the country.

“When you consider they’re not operating on a par with the bigger clubs, Kenny Shiels has Derry City right up there and he’s doing a fantastic job, playing good football too. We know it will be a difficult game.

“After last week’s Cup exit, we have to see a response, we didn’t get anywhere near the level required. I don’t think Limerick were much better, both sides were poor on the night, but we were off the pace, I think it’s arguably our poorest home performance of the year.

“We’ve spoken about it in the build up to the Derry City game, our home support has very good, we’re heading into a crucial period, we delivered a below par performance when we needed to most, I’d hope our supporters will allow us that. That’s not the standard we want to be playing at and we’ll give them a lot more than last Friday when we face Derry City.

“The four games in October needs to be where our season is decided, not the games against Derry City and Sligo Rovers in September.”

TEAM NEWS
Shane Keegan has reported a clean bill of health ahead of the Derry City game.