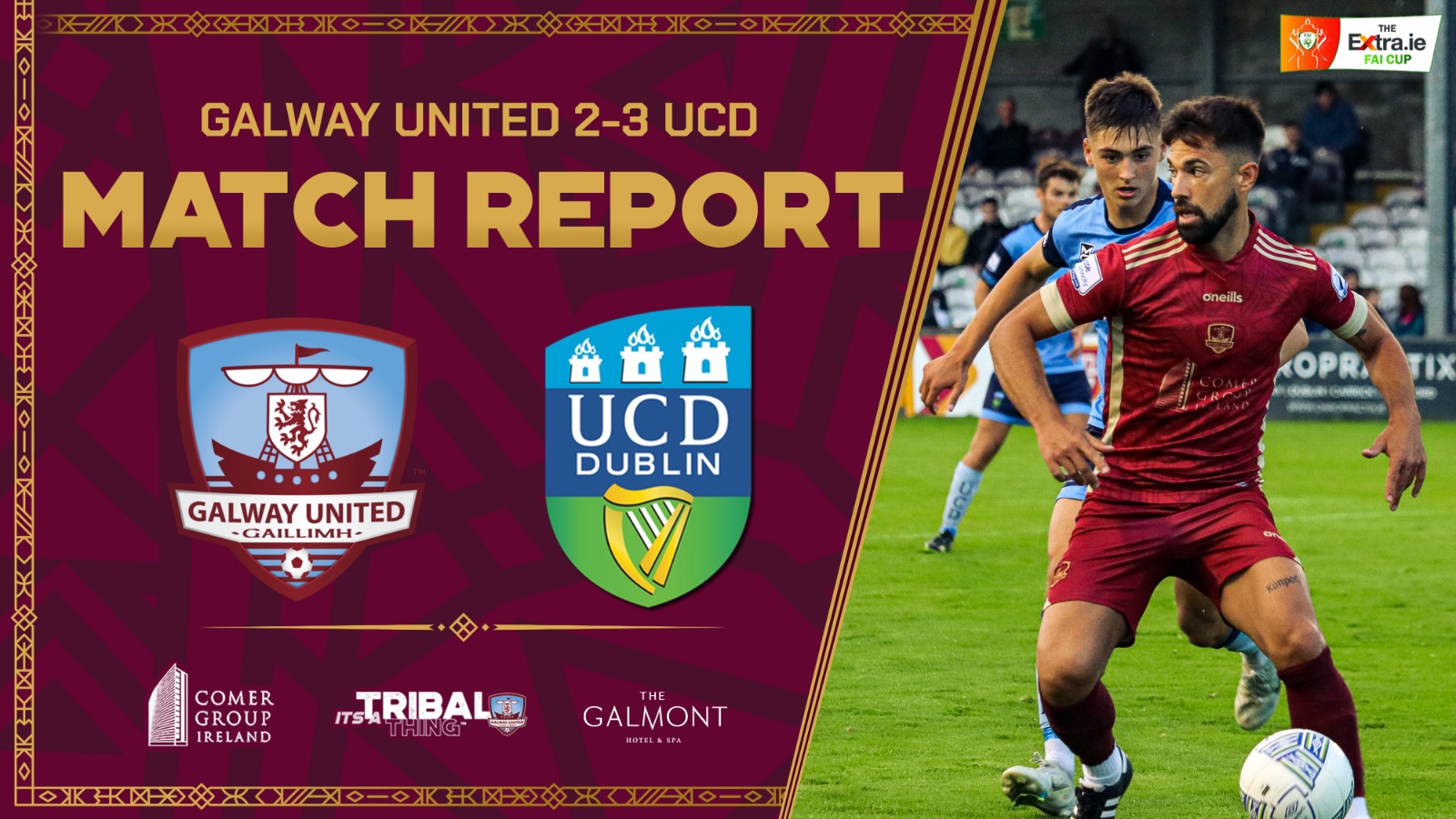 United started brightly before being undone by their Premier Division opponents, who advance to Tuesday’s Quarter Final draw.

UCD settled well in the opening stages before being reminded of United’s attacking threat as David Hurley whipped in an inch-perfect cross for Wilson Waweru, who looped a header past Kian Moore into the back of the UCD net, only to be flagged offside.

United grew in confidence following the disallowed goal, with Edward McCarthy and Waweru causing problems for The Students down the right wing as The Tribesmen looked to build on their early momentum.

United continued to build pressure until they were hit with a hammer blow as UCD won a free-kick deep in United’s territory which was whipped in dangerously by Dylan Duffy before being poked home by Tom Lonergan to give College a 1-0 lead.

United responded well to the setback and pushed for an equaliser with Stephen Walsh firing a shot from distance which skipped by the post before a series of corners were well defended by The Students.

United’s efforts paid off on the stroke of half time as Mikie Rowe found himself with space inside the UCD box and the Wexford native fired past Kian Moore into the bottom corner to send the sides in level at the break.

McCarthy continued to threaten the UCD backline in the second half as he set up an early chance for Walsh who flashed a shot past the post under pressure from the UCD defence.

Conor O’Keeffe then found himself in space following a quick free-kick from United before the full-back unleashed a dangerous shot into the side netting.

However, moments later, United were undone once again by a piece of set-piece magic from Duffy, who arched a beautiful free-kick into the top right-hand corner of the United net.

The Boys in Maroon had to rally once again and they did just that with Conor McCormack delivering a dangerous ball to the back post, which was kept alive by Walsh who fired the ball across the face of the UCD goal to be slotted home by Max Hemmings to draw United level.

United relentlessly pushed for a winner and saw shots from Hurley, McCormack and substitute Ronan Manning saved by Moore. Manning, who looked bright since his introduction in the 70th minute, created openings for himself and his teammates as United ramped up the pressure on their opponents.

Despite the pressure from United, UCD reminded Caufield’s men of their threat, as a defence-splitting pass sent Lonergan through on goal and the centre-forward forced a smart save from Matthew Connor at his near-post.

However, United were punished in the closing moments as a defensive mix-up gifted Lonergan with an open goal, which he capitalised on by stroking the ball home to notch his second of the night.

Four minutes of added time and a triple substitution from Caulfield gave the United faithful hope that their side could draw level for a third time on the night, but it wasn’t to be as Manning’s shot from distance was spilled by the keeper before being hacked away by the tenacious UCD backline.

Next up for United is a return to league action as we travel to St. Coleman’s Park to face Cobh Ramblers.

Next up, Galway United face Cobh Ramblers away from home on September 9th. Supporters bus information will be available closer to the time.