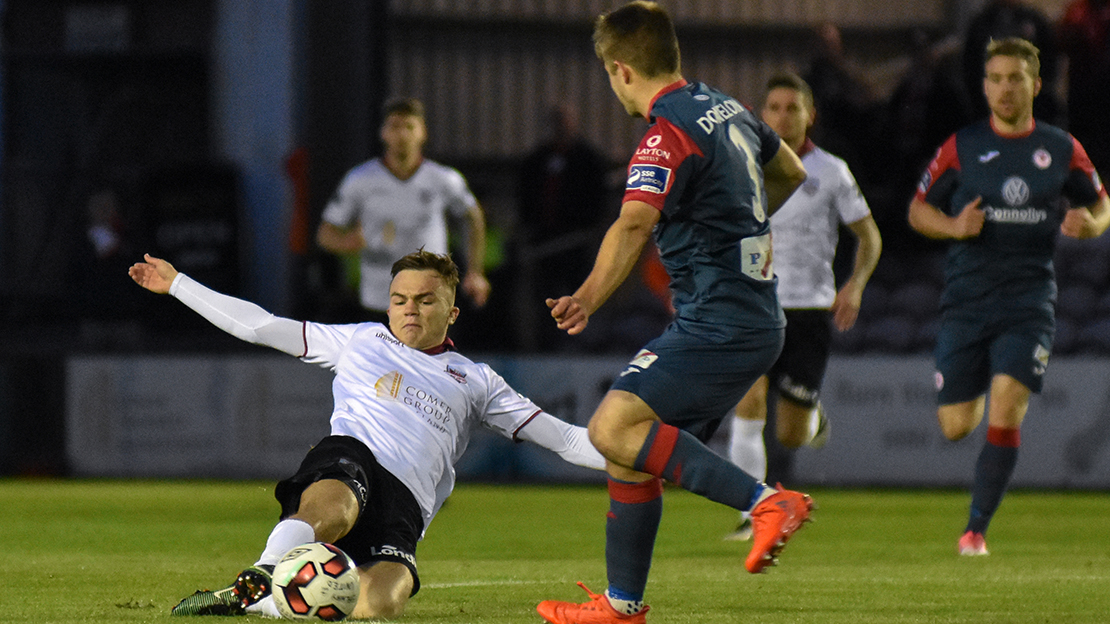 An impressive United performance in front of 2,117 spectators at Eamonn Deacy Park earned Shane Keegan’s side a valuable win in a crunch Connacht Derby.

Sligo took the lead when captain Kyle Callan-McFadden steered the ball home via the crossbar in a crowded penalty area.

A vital leveller arrived on the stroke of half time when Marc Ludden side-footed Gavan Holohan’s cross past Shaun Patton.

United drove home their advantage in the second half, former Sligo player Kevin Devaney scored a goal of real quality when he cut in from the left and curled the ball into the far corner.

Three minutes later United made sure of the points, the impressive Devaney stole a march on Regan Donelon before bearing down on goal and rolling the ball to Gavan Holohan, who took it in his stride before wrong-footing Patton and sending Eamonn Deacy Park into raptures. 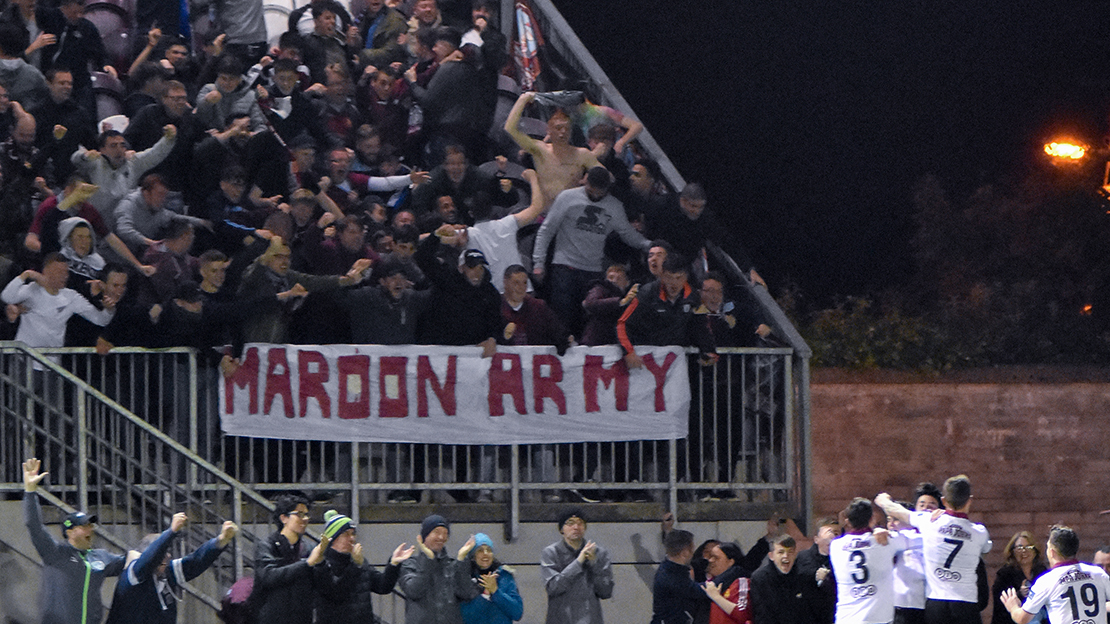 A series of long throws from Marc Ludden early in the contest troubled Gerard Lyttle’s side, however Kevin Devaney failed to make a connection with both of Ludden’s deliveries, under pressure from the visitors rearguard.

United were desperately unlucky not to take the lead when Ronan Murray cannoned a free-kick in a central position off the crossbar with Shaun Patton beaten.

Sligo took the lead at Eamonn Deacy Park against the run of play, the visitors free-kick was headed back across the box to Kyle Callan-McFadden and he found the back of the net, via the underside of the bar.

The visitors sensed there was more in the game for them and McFadden went close again from another McCabe long-throw, then Jamie McDonagh saw his low strike from the edge of the box saved by Conor Winn.

It was then Sligo’s turn to smash the woodwork. Jamie McDonagh let rip with a powerful volley that had Conor Winn stranded, but the winger was only denied by the crossbar.

United grabbed an equaliser right on the stroke of half time, Rory Hale played a seeking ball to Gavan Holohan and he broke past Gary Boylan before pulling the ball back for Marc Ludden, who had ventured forward from full-back, and he slotted the ball home. 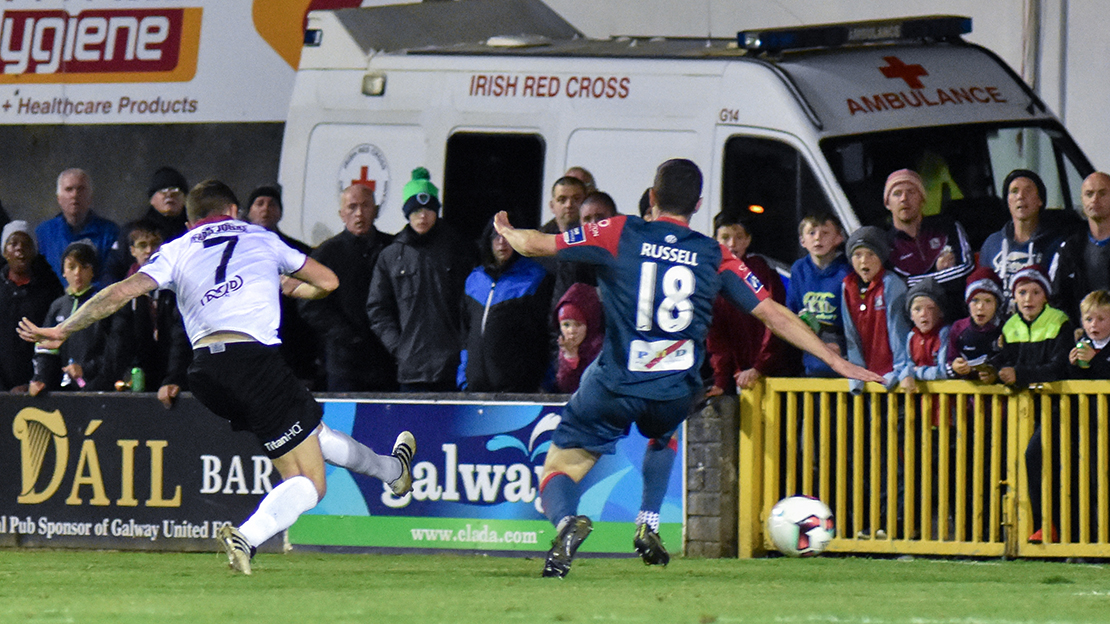 Both sides found it difficult to stitch many chances of note together in the second half, it took a moment of brilliance from Kevin Devaney to unlock Sligo’s defence.

Alex Byrne tundered into a tackle, dispossessing Daniel Kearns before rolling the ball to Eoin McCormack, who switched the play to Kevin Devaney and he drove at goal before cutting inside and curling the ball into the far corner.

United fans were in dreamland three minutes later, Devaney was once again heavily involved. The winger pinched the ball off Regan Donelon and broke towards Sligo’s final third, coming infield, Devaney picked out the run of Gavan Holohan and he composed himself before rolling the ball past Patton.

With 15 minutes remaining, Sligo went close to halving the deficit, however Vinny Faherty nodded Rhys McCabe’s cross inches wide of the post and United stitched back-to-back league wins together with a deserved win.

Attentions now turn to another vital league outing, away to Bray Wanderers on the 7th of October.