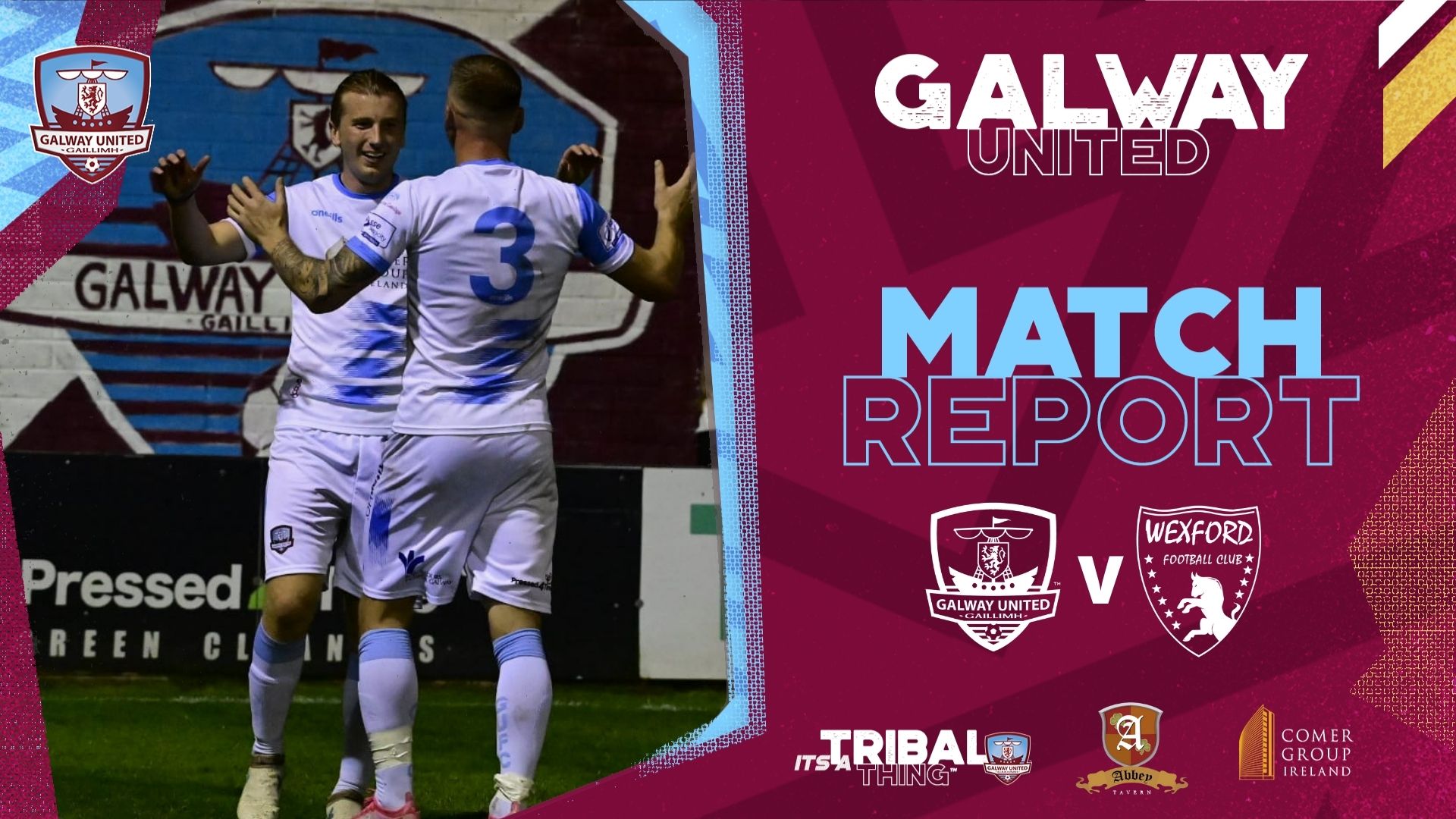 United faced Wexford in their final pre-season fixture ahead of the 2021 season. The game was played in Clonsilla. a venue convenient to both sides.

United’s opener came inside a minute – Francely Lomboto got away on the left and delivered a tantalising ball for Colin Kelly, and the young attacker could hardly miss from six yards.

Mikie Rowe nearly doubled the lead against his local team with a rasping drive that whizzed inches wide from outside the box in the third minute.

Paul Fox saw his shot from the left blocked after Wexford took a quick free as they began to get up to the speed of the game. He was involved in their best move of the match, started by Conor Crowley, that ended with Kyle Robinson’s weak finish being comfortably saved by Kevin Horgan.

Conor McCormack’s shot from near the centre circle fizzed over in the 17th minute but Galway did have their second a minute later when Shane Doherty got to the byline on the left and whipped in a deep cross that Kelly headed in again.

A bouncing James Carroll header from Alex O’Hanlon’s dead-ball was clawed behind by Horgan in the 23rd minute, but Galway made it three a short time later when Mikie Rowe whipped a free-kick from the left into the top corner of Murphy’s net.

Crowley missed the target with an effort late in the half and Robinson miscontrolled when a break was on. Galway went in at the interval with a three goal lead.

Multiple changes came at half-time and the second period was a tighter affair.

Galway went close after the resumption when Jimmy Corcoran spilled a Rúairí Keating cross and then almost let Conor O’Keeffe’s overhead kick squirm over his line. At the other end, Karl Fitzsimons fizzed a shot wide and Success Edogun stung Conor Kearns’ hands with a powerful strike.

After Keating’s shot was saved by Corcoran in the 57th minute, the game went into a lull until Conor McCormack’s left wing corner, in the 78th minute, was sent flashing past Corcoran by Maurice Nugent.

McEvoy challenged and won the ball fairly against Lomboto in the 82nd minute. Unfortunately, Francely was injured in the challenge and the game was abandoned shortly afterwards.