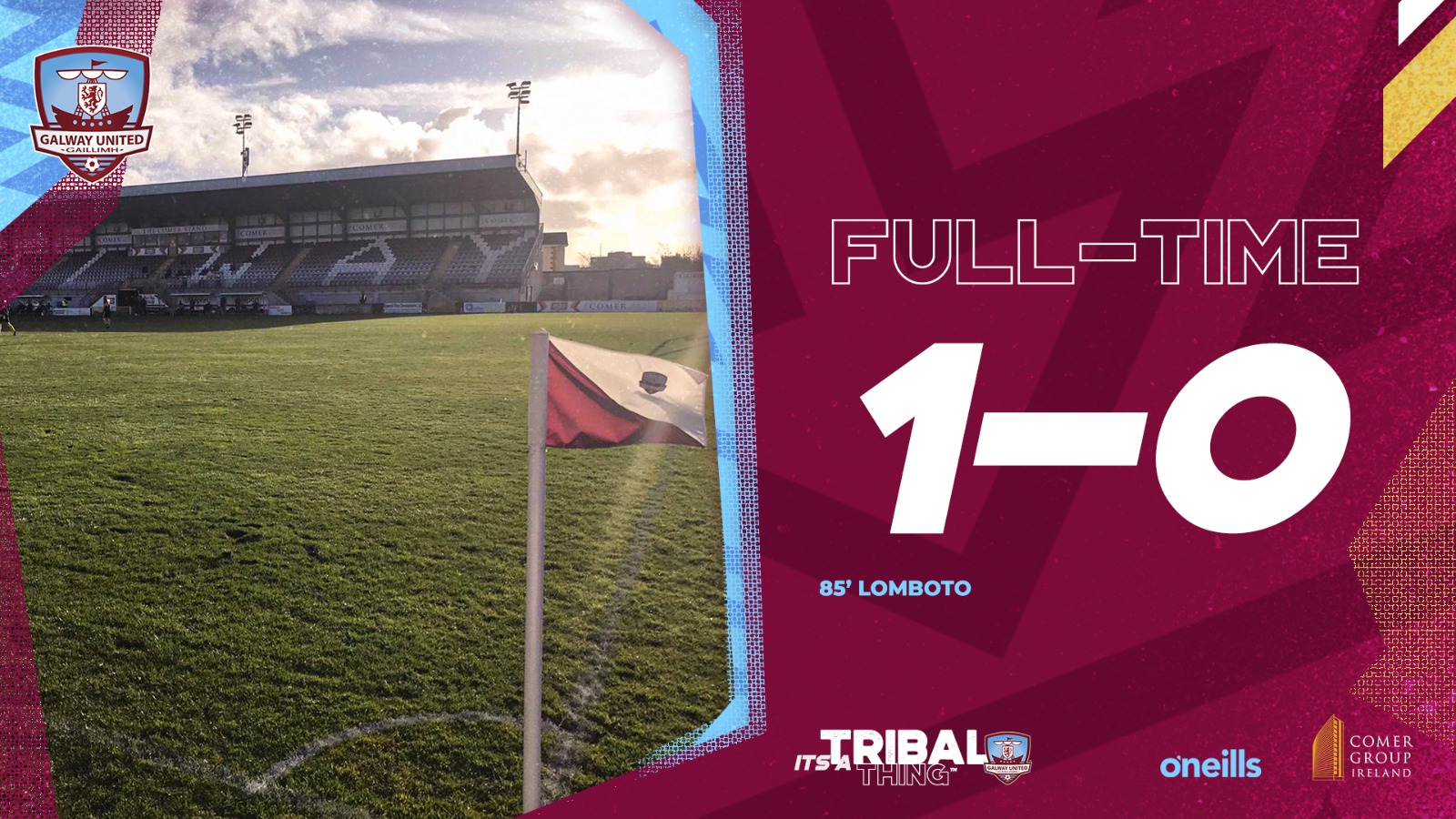 “Our football at times was very good. Obviously, there is a lot to work on and our final pass did let us down at times but overall, I thought there was a lot of positives.”

Galway United began pre-season with a 1-0 victory over Premier Division side Finn Harps thanks to a Francely Lomboto goal late on in the second half.

It was evenly contested in the opening exchanges, with both sides having a fair share of the ball. The first real opportunity of the game came the way of United in the 17th minute. Defender Gary Boylan
found Ruairi Keating with a long ball over the opposition defence and the forward attacked down the wing and tried to find Padraic Cunningham in the box, but the Finn Harps defence was able to block the attempted effort. Finn Harps first chance of the match came in the 21st minute when Adam Foley took a shot just outside the box and forced a fantastic one-handed save from Conor Kearns. The Donegal outfit continued to press and had a big chance on the 24th minute when a high looping ball into the box was met with a header from Jamie Browne, who narrowly headed the ball over the crossbar.

United grew into the game and had a chance in the 26th minute when Padraic Cunningham was sent in behind the Harps defence but could only head the ball straight at the onrushing keeper. Both teams continued to attack and either side could have taken the lead before the interval, with efforts from Karl O’Sullivan for Harps and Colin Kelly for United, but it remained scoreless at the half-
time break.

After a number of changes on either side, the second half began. The first chance of the second half came in the 54th minute when Harps striker Sean Boyd had a powerful strike just outside the area superbly saved by Kevin Horgan. The following twenty minutes was once again an even affair, with little clear cut chances coming the way of both sides as both defences held firm. United struck to take the lead in the 84th minute after a back pass error from Harps sent Francely Lomboto in on goal and the striker finished coolly passed the Finn Harps keeper.

The home side retained their one goal advantage for the last five minutes and held on for a well-earned victory on the opening day of pre-season.

The most important thing was that we wanted to give everyone a game so the majority of the squad got 45 minutes and some lads got more, but we were just very happy to get a game under our belt.

It was one of those games where Finn Harps and we were both trying out different things but the lads worked very hard which is great and that is all I can ask for. Sometimes in these games, it is not about the result, it is just about getting the performance in.

“Our football at times was very good. Obviously, there is a lot to work on and our final pass did let us down at times but overall, I thought there was a lot of positives.” “It is difficult when you are mixing up the team but all I ask of the lads is to go out there, but the effort in and show a good attitude. A lot of work to be done and that’s what we will be doing over the next week and a half.”

Our next pre-season game is against Sligo Rovers on March 3rd.