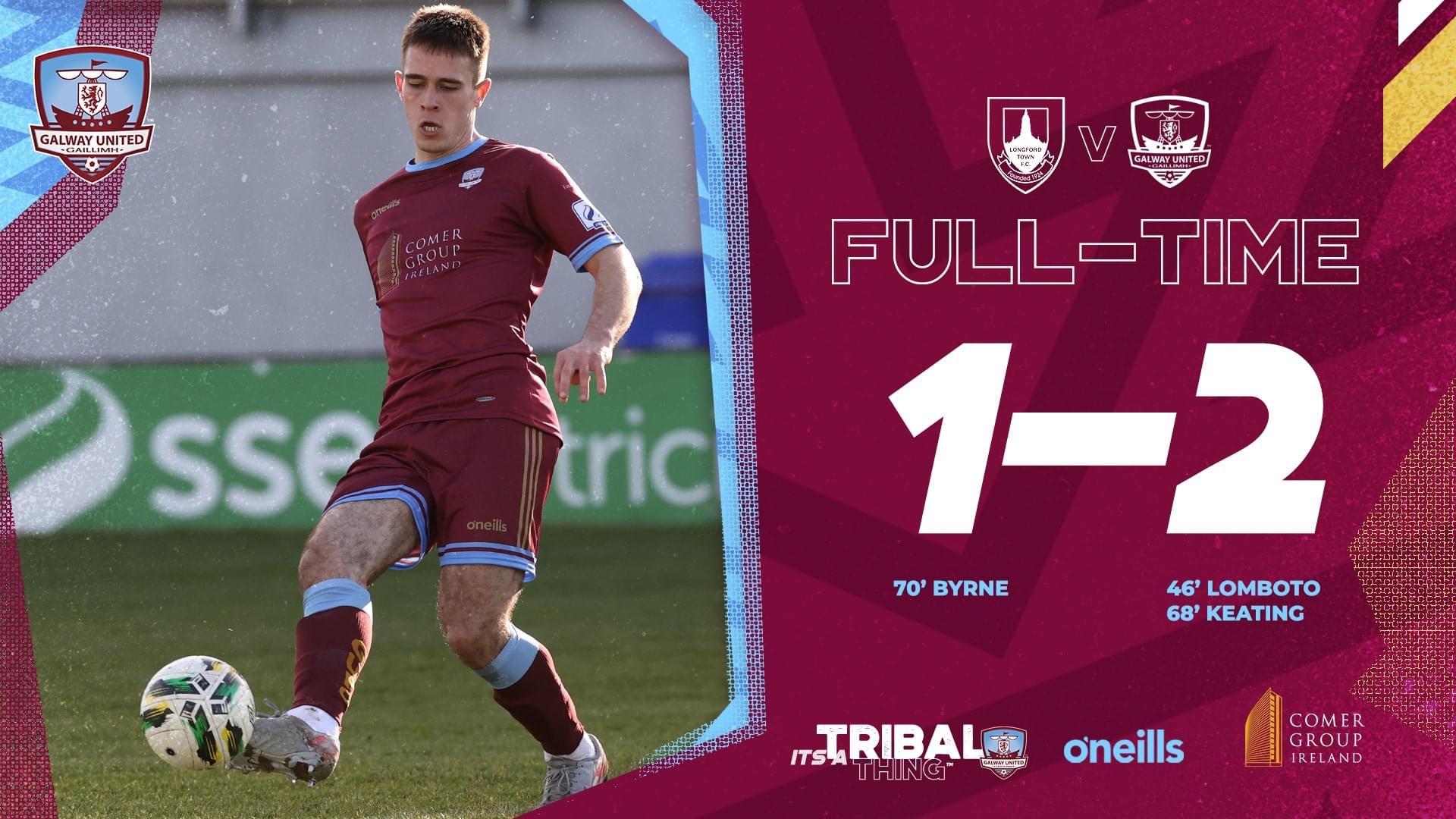 “Certainly in the second half we were playing better, the two lads got great goals and overall I am happy. It is another game under our belt and we move onto training on Monday.” – John Caulfield, Manager

United continue their pre-season with an impressive 2-1 away victory over Premier Division side Longford Town at Bishopsgate.

The opening exchanges in the game were scrappy as both sides struggled to keep possession at times.

The first opportunity of the match came the way of United in the 29th minute. After a Longford Town error, Francely Lomboto had a clear opening on goal but the striker was unable to pull the trigger as the Longford defence recovered just in time.

Lomboto’s pace caused real problems for the Longford back-line throughout the first 45 minutes. The young striker had a superb run through the opposition’s defence in the 42nd minute and found Carlton Ubaezuonu with a backheel inside the area. But Ubaezuonu fired his shot over the crossbar after an impressive nutmeg past the Longford defender.

The game remained scoreless at the half-time break as both sides lacked quality in front of goal, United looking the most dangerous in attack.

There were no substitutions for United at half-time as they lined up with the same team in the second half.

United started the half superbly when they scored straight after the break in the 46th minute. Lomboto, who looked dangerous up front all game, latched onto a breaking ball inside the penalty area and fired past Longford keeper Michael Kelly to make it 0-1.

United made four substitutions midway through the second half as David Hurley, Padraic Cunningham, Ruairi Keating and Gary Boylan joined the action.

Keating made an instant impact to double United’s lead in the 68th minute when he finished emphatically past Kelly after a back-pass error from Longford Town.

The game came to life when Longford Town responded immediately to United’s goal as Dean Byrne controlled the ball inside the area and finished past Kevin Horgan to reduce the deficit in the 70th minute.

Byrne almost scored again a few moments later when he had an effort from outside of the box go narrowly wide of Horgan’s post.

Cunningham and Keating almost got United’s third goal of the game towards the end of the match. Cunningham hit the post in the 80th minute and Keating shot narrowly wide from a tight angle just before the full-time whistle.

United held out to earn a well deserved and impressive away pre-season victory against Longford Town.

“I think it was another really good work out. All the players that didn’t start the other day got game time, which was very important.

“Longford dominated possession in the first half but at the same time, I felt we created four great chances.

“Certainly in the second half we were playing better, the two lads got great goals and overall I am happy. It is another game under our belt and we move onto training on Monday.”

Our next pre-season game is against Bohemians on March 12th.