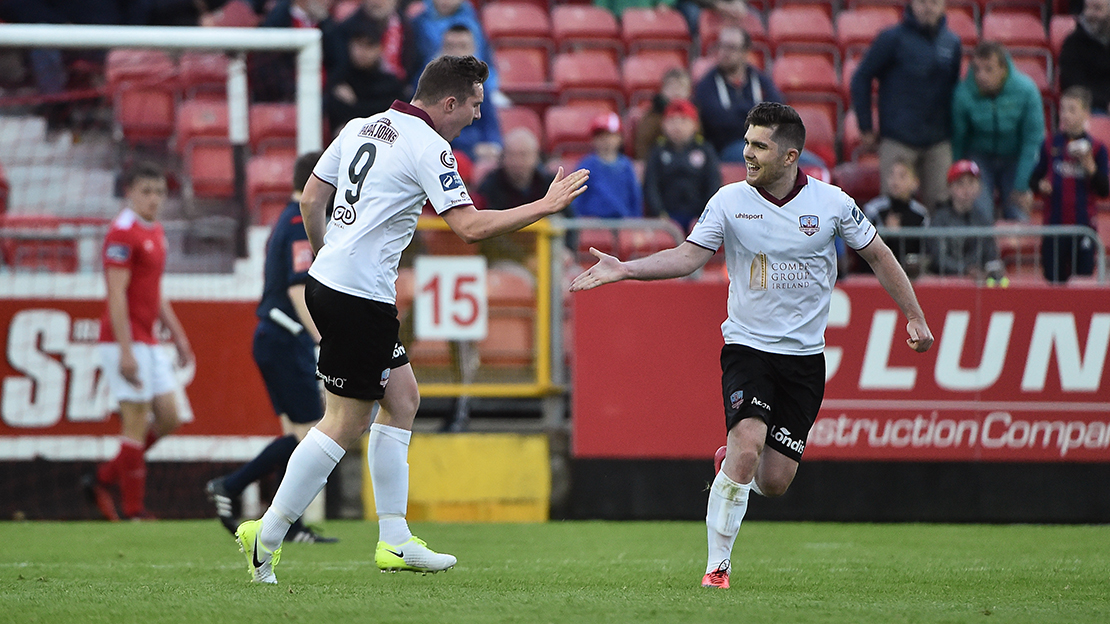 Galway United were left to rue missed chances at Richmond Park on Friday evening, the Tribesmen came away with a point but it could’ve been so much more.

Vinny Faherty crashed a header against the crossbar and Ronan Murray was thwarted by two smashing Conor O’Malley saves in either half.

Liam Buckley’s side took the lead in fortuitous circumstances when Conan Byrne’s attempted shot deflected off Marc Ludden and wrong footed Conor Winn. Outside of that, the Saints rarely threatened.

O’Hanlon then tried his luck after a rebound fell in his path, but similar to Conan Byrne’s effort, it was straight at United’s netminder.

Ronan Murray began a duel with fellow Mayoman Conor O’Malley on the quarter-hour mark, the former Ipswich striker sprang the home sides offside trap before bearing down on goal, but Conor O’Malley covered his angles well and saved.

Murray had two further chances, firstly he cut in from the left wing, taking out two St Pats defenders, but he dragged the ball wide, then Murray stung O’Malley fingers with a powerful drive from 25 yards.

St Pats almost scored a calamitous own goal when Rory Feely’s overhit back-pass lobbed his own goalkeeper, luckily for the defender, the ball hit the side netting with O’Malley stranded.

O’Malley kept it scoreless with a spectacular reaction save on the hour mark. The ball was rolled out to Ronan Murray from a United corner kick and the striker made a crisp first time connection with the ball, which was destined for the far corner, but somehow O’Malley got a strong hand to the ball. 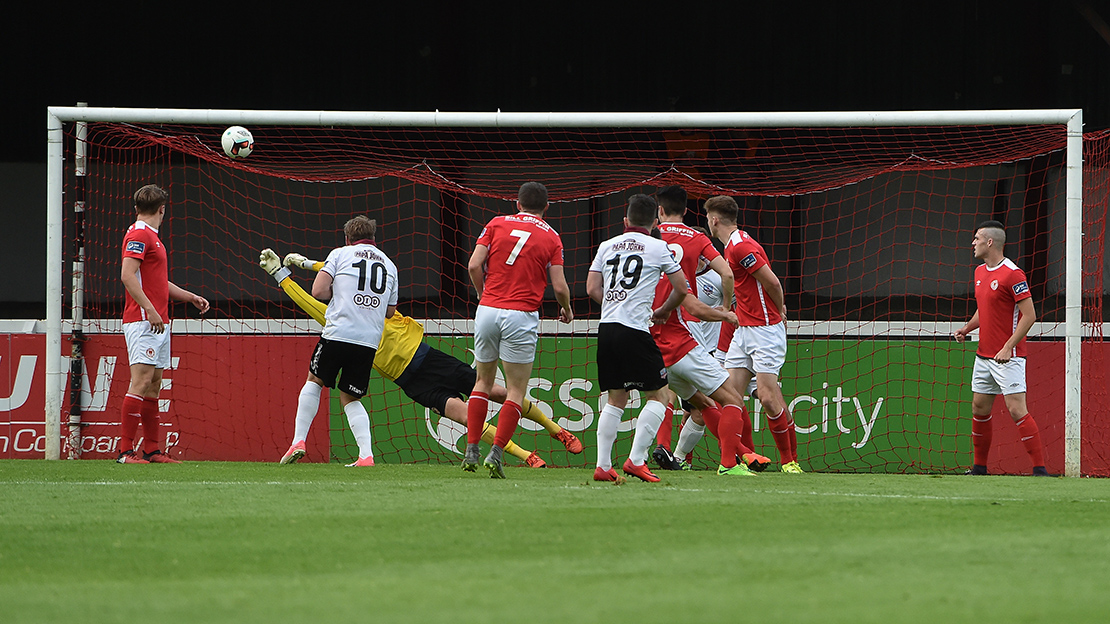 Ronan Murray had one more chance before the interval, a deep cross was nodded back across goal in Murray’s path but he leaned back and skied the ball.

Despite the numerous chances created by United in the first half, it was St Pats who struck the opening goal three minutes into the second half. The ball was worked out to Conan Byrne and his shot took a significant deflection that wrong footed Conor Winn.

For a twenty minute spell, United struggled to get a firm grip on the game, but Vinny Faherty was unbelievably unlucky to see a powerful header crash off the crossbar after he beat Rory Feely in the air.

Shane Keegan emptied his bench in a bid to salvage at least a point from the game and one of his substitutes grabbed what was a deserved equaliser, six minutes from time.

Marc Ludden’s long throw caused havoc in the home sides box and Padraic Cunningham stole in to prod the ball past Conor O’Malley from close range.

Deep in injury time, Ronan Murray stood over a United free-kick right on the edge of the St Pat’s box, but once again Conor O’Malley got a hand to Murray’s effort and both sides had to be content with a point, but United deserved more, especially based on the chances created in the first half.