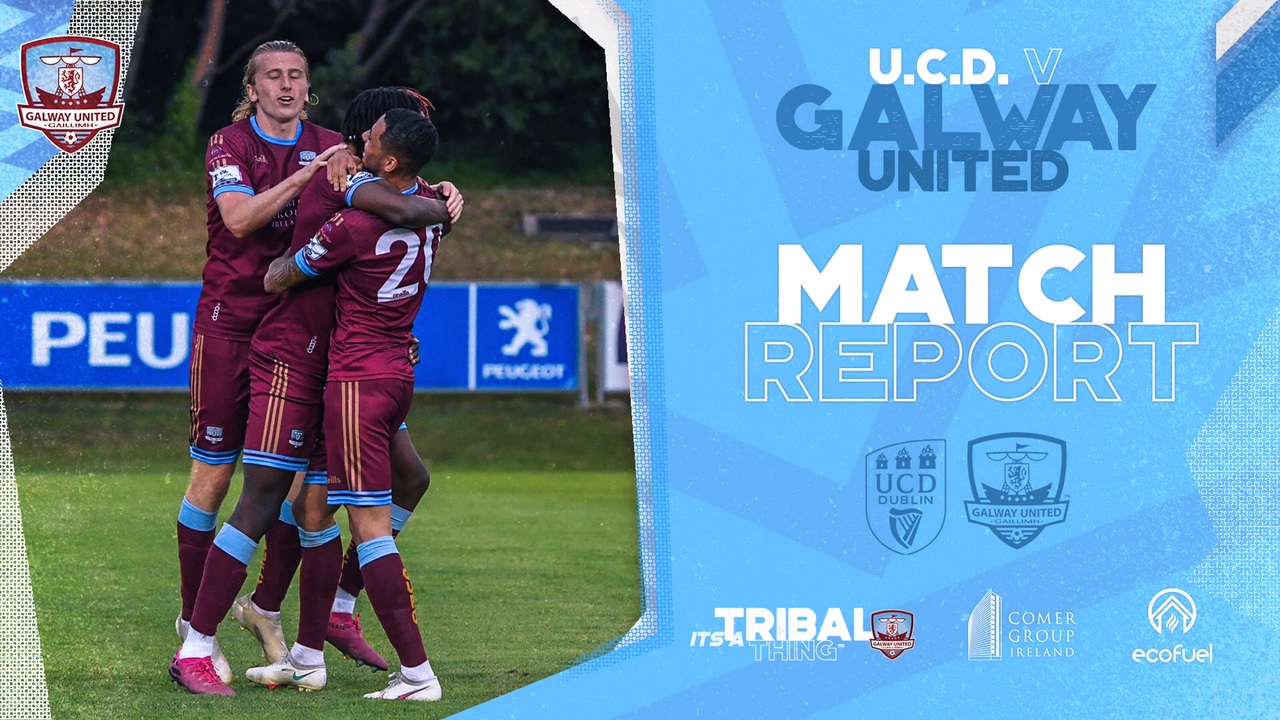 “The team are beginning to gel, we have put four wins together and there is more confidence in the players.” – John Caulfield, Manager

Galway United continue impressive winning streak with a 2-0 away victory over UCD at the UCD Bowl.

The Tribesmen made it four wins on the bounce thanks to goals from Ruairi Keating and Wilson Waweru in either half.

It was a bright start from John Caulfield’s side as they created chances early on. Mikey Place and Wilson Waweru looked sharp in attack with Place coming close on two occasions midway through the first half.

The opening goal came courtesy of a Ruairi Keating volley in the 30th minute. United played a long ball into the striker’s path and Keating made no mistake as he finished emphatically past Lorcan Healy to put the away side one to the good.

UCD retained possession well throughout the first period but were unable to truly test United keeper Conor Kearns before the break.

The killer blow came straight after the interval in the 47th minute thanks to a superb Waweru goal. The attacker showed a touch of class as he skilfully rounded the UCD defender and confidently slotted it home to put United two goals in front.

The away United support chanted merrily around Belfield as the Tribesmen efficiently saw out the game. David Hurley and Keating, who were excellent throughout, could have put United further in front before the final whistle but both were unable to convert.

Caulfield’s spirited outfit ran out convincing winners in this evening’s clash at the UCD Bowl which brings them into second place on the First Division table.

“We are trying to create a winning mentality and get the club back into being very competitive. We want to bring joy to the club and the supporters.

“This is our third clean sheet and I thought we were really solid. Our work rate was tremendous and we got two fantastic goals. I felt we were well in control of the game and didn’t look like we were going to concede.

“You need guys leaving everything on the pitch when you are challenging for games. The team are beginning to gel, we have put four wins together and there is more confidence in the players.

“Thankfully we are back up the table but there is still a long way to go. Now we get prepared for the Cobh game next week.”

Our next First Division game is home to Cobh Ramblers on July 9th.