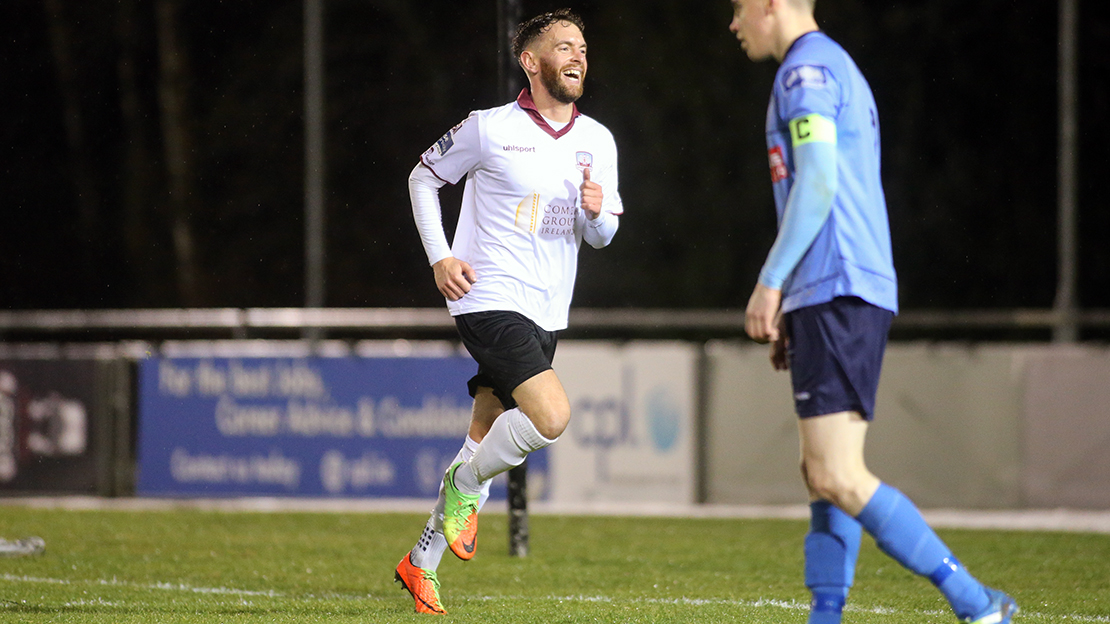 Danny Furlong with his fourth goal in two games, helped United on their way to earning a deserved away draw against Collie O’Neill’s UCD in the capital on Friday night.

UCD were the quicker to settle into the game and Tadhg Ryan was called into action early on, as he needed to be alert to tip over a well struck effort from Daire O’Connor, who cut inside to shoot on his left 25 yards from goal.

O’Connor fed Jason McClelland in the box, who was looking to turn his man and shoot, but Stephen Walsh took it off his toe and the danger was cleared. A Gary O’Neill free-kick swung in from the left was met by the head of Liam Scales, but his effort looped over the crossbar. O’Connor tested Tadhg Ryan once again with a shot that the United ‘keeper needed to make sure was tipped around the post.

Ryan Connolly delivered a dangerous corner that dropped in the 6 yard box, but Josh Collins met it with a firm defensive header, with Maurice Nugent in close proximity.

McCormack released the ball to Ludden up the left flank, who rolled it to Furlong, but with back to goal, and Dan Tobin and Josh Collins marking the striker closely, the Students were able to clear. Liam Scales delivered a dangerous ball across the face of the goal, but Georgie Kelly arrived a fraction too late to make the connection in front of goal.

In the 22nd minute after growing into the game, the Tribesmen took the lead. Liam Scales was penalised for a foul on Stephen Kenny out on the right and Ryan Connolly, who saw Kenny stealing a march on his marker, rolled it to the right-hand edge of the box for the winger. Kenny raced onto the pass and crossed it perfectly first time for Danny Furlong, who arrived at just the right time to tap the ball home from close range.

Just after the half-hour mark UCD drew level. The hosts won a corner, which was taken Gary O’Neill. The UCD captain delivered the cross, which Josh Collins got to first and headed into the far top corner.

Eoin McCormack did excellently to fashion an opportunity for himself when a Maurice Nugent clearance wasn’t dealt with by UCD. The striker did excellently to hold off Maxim Kougun and beat him, but his shot was saved at the near post by Conor Kearns.

Just before the break Gary Shanahan drove up the middle from his own half, leaving McClelland and O’Neill in his wake before laying it to Danny Furlong, but the striker’s effort deflected out for a goal kick. 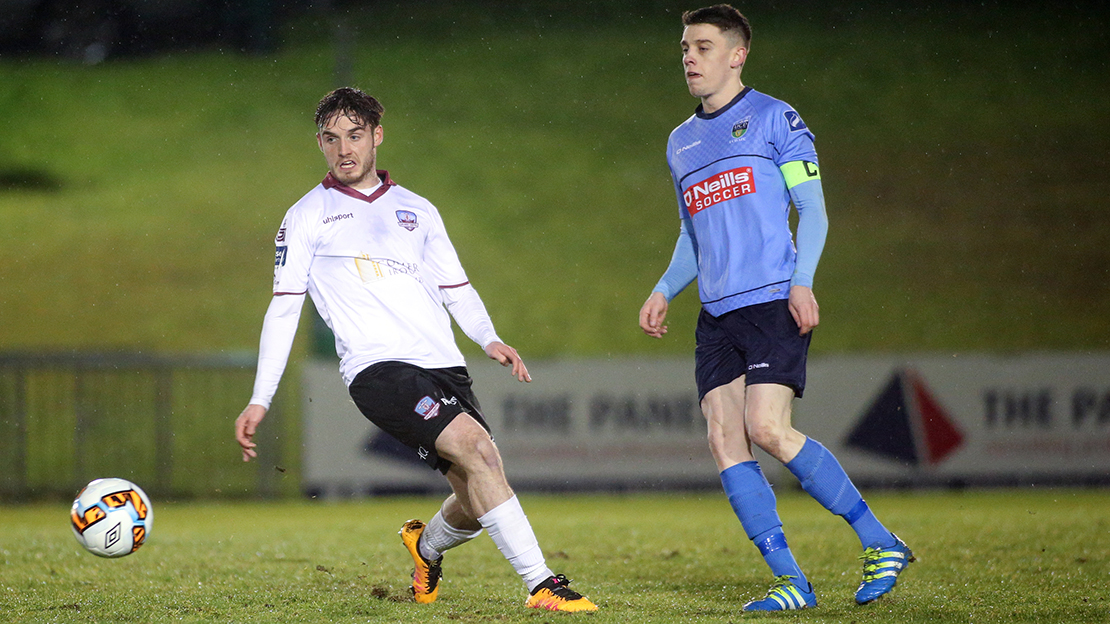 Conor Barry lead an attack created by some good short passing around the halfway before driving at UCD. Gary O’Neill’s attempted interception only put the ball into the path of Danny Furlong and a combination of a Kougun tackle and a Kearns save denied Furlong a second.

Gary O’Neill booted a diagonal cross into the area that was met first time on the volley by McClelland, but Tadhg Ryan made an excellent save, palming the ball across goal to safety.

Ryan Connolly started a good move for the Tribesmen, intercepting a Sloggett pass, before eventually getting on the end of a Stephen Kenny cross, but his header back across goal lacked accuracy.

Furlong created an opportunity for himself after receiving a pass from McCormack at the edge of the area, but his off-balance effort after gaining a yard on Scales was always going the wrong side of the post.

Gary Shanahan forced a corner with five minutes left on the clock, which was taken by Ryan Connolly. Conor Kearns could only punch the ball downwards into the path of Alan Murphy, who shot through a crowd of bodies only for Dan Tobin to clear it off the line. Murphy immediately got a second bite of the cherry but agonisingly blazed over from 12 yards.

Right at the death, the ball fell to Carlton Ubaezuonu just outside the box after Kearns fisted it away, but winger’s effort was always rising.