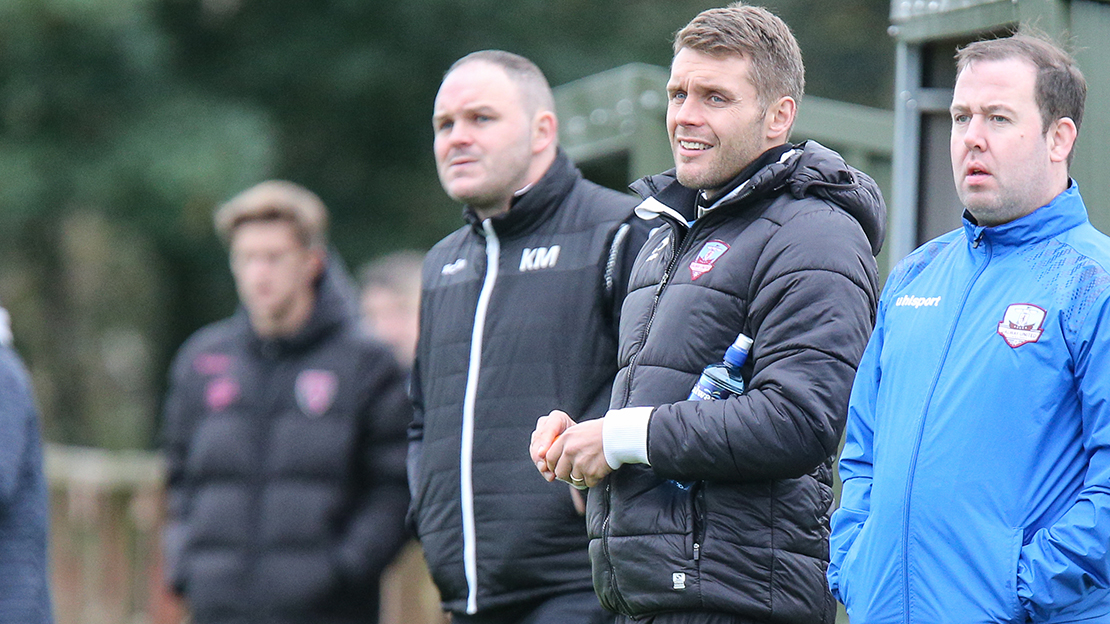 Under-17 manager Alan Murphy spoke to www.galwayunitedfc.ie ahead of his sides semi-final against Finn Harps at Eamonn Deacy Park on Sunday. Kick-off is at 3.00pm.

Murphy guided United to the same stage last season, but the young Tribesmen were eliminated by eventual winners Cork City on penalties.

United earned their place in this years semi-final with an impressive away win against Bohemians, who topped the Northern Elite Division.

Murphy explained: “I feel the players owed it to themselves after a few uncharacteristic performances and results in the closing stages of the season.

“I was delighted they served up the performance that they did against Bohemians and they took on board the extensive research and preparation that went into the game from myself, Kevin, Derek, Keith and Luca.

“No stone was left unturned in terms of trying to beat a Bohemians team who had played 20 games in the league and not lost all season. Our goalkeeping coach Luca did meticulous work with Sam O’Gorman and that was a huge help to him in the penalty shootout.

“The players haven’t got ahead of themselves after the Bohemians result, it’s been a really good camp over the last two weeks and it’s been really enjoyable to watch these players develop and mature into men in front of our eyes.”

“There will be a lot of respect for what Finn Harps and Declan Boyle have achieved this year, but no fear,” Murphy insisted.

“Our lads are very much focused on themselves and the performance that they can produce in front of a big home crowd. Hopefully our supporters will come out to see our stars of the future.

“The players have already proven that they can step up the senior team this season. It’s all about performances, achieving things, developing and preparing the players for life at senior level in the League of Ireland.

“In terms of staff and coaches, we’ve got people involved that are spending hours researching and trying to do everything they possibly can to develop this group of players and they care so much about them. It’s very touching to see that type of effort going in.”