Jake Keegan popped up in the 94th minute to score the deciding goal in Galway United’s EA SPORTS Cup quarter-final tie against Bohemians at Eamonn Deacy Park on Monday evening.

Keegan’s header proved decisive but moments earlier, he missed two opportunities to break the deadlock but the American persisted and his endeavour was rewarded.

“The first chance, I don’t know how I missed it,” Keegan laughed.

“It was a great cut-back from Podge (Padraic Cunningham) and I skied it. For the goal, it was a perfect ball in from Jay (Molloy) and that was my third headed goal in a row. I don’t think I’ve ever done that in my career so that’s encouraging.”

Keegan also opened the scoring against Bohemians in last weeks 8 goal thriller at Eamonn Deacy Park but the games didn’t share many other similarities than that. 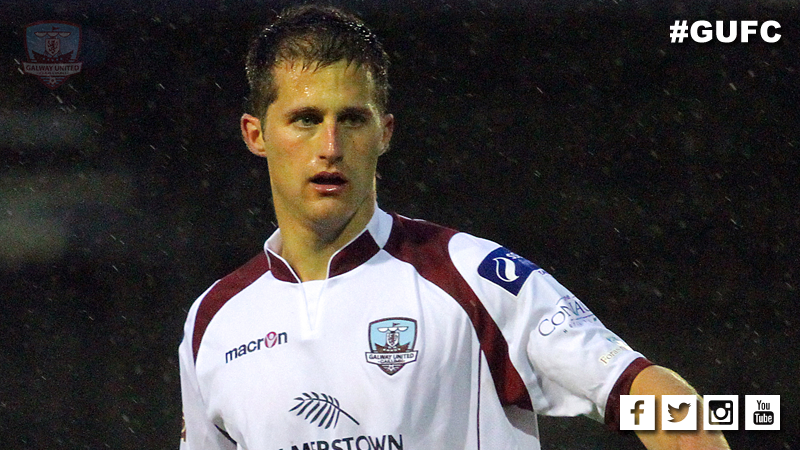 “It was a very different match tonight,” Keegan said.

“Tonight was a good performance, it was more of a defensive battle and we were up to the challenge. It’s always a good sign when you can win different types of matches.

“On Friday, we won a fast-paced attacking game and tonight we won a defensive battle against a strong outfit.

“I think Bohs wanted to come here and keep their shape after giving up 5 goals on Friday, they went a little bit more direct and we had to counteract that, our back four were strong and Conor Winn did an excellent job back there.”

Friday night brings another difficult fixture, with Galway United facing Drogheda United away from home. Keegan is looking forward to his first outing at United Park.

“If we could make it four wins in a row, it would be an unbelievable return for us,” Keegan told www.galwayunitedfc.ie.

“The first time we played Drogheda, we were down to ten men for most of the game and we had to sit in a bit, we’re hoping to have more of a go on Friday. I’ve never played at United Park but I’ve heard it’s a tight pitch and an atmospheric ground. We’re looking forward to it.”