Cormac Raftery is the latest local to make an impact on Galway United’s squad.

The twenty year old fullback from Glenamaddy has had to bide his time but when the opportunity presented itself, he grabbed it with both hands and now Raftery is staking his claim for a starting berth at the back for Galway United.

The composed full back has started Galway United’s last three games against Derry City and Bohemians at home in the league and EA SPORTS Cup. United won all three games and they kept clean-sheets in two of those games.

“All of the players are doing well in training and working hard and this is the result (progression into the EA SPORTS Cup semi-final). Our hard working is paying off. We’re delighted to progress but hopefully this is just the start of it and we’re looking to push on and continue our good form in the league.” 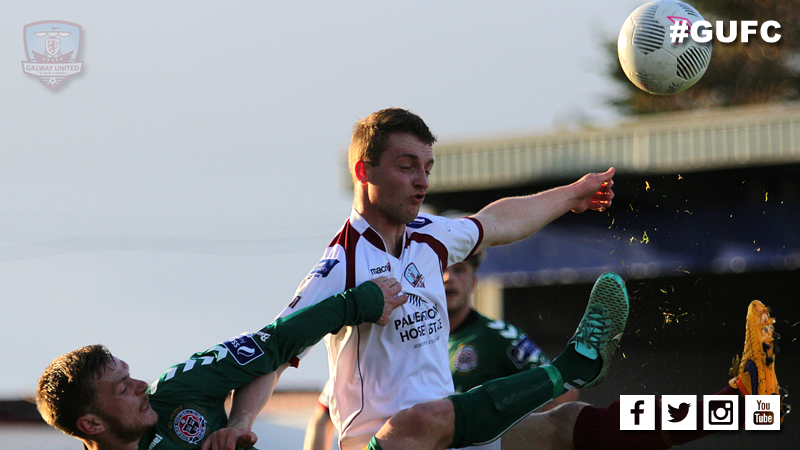 Raftery, who played his youth football with Glen Celtic and Salthill Devon, is satisfied with the progress he’s making in the SSE Airtricity League Premier Division.

“I feel I’m doing okay, I still have a lot to learn and give, I’m only starting so I know there’s a lot more to come from me.

“We had a lot of lads out injured and that was unfortunate for them but I’m going to do the best I can and hopefully I’m giving Tommy (Dunne) something to think about when he’s picking his team.”

On Friday night, Galway United have another difficult assignment away to Drogheda United at United Park. Raftery hopes the level of performance will continue in the north east.

“Drogheda away is another big game for us. They’ll probably be in and around us come the end of the season so hopefully we can get the three points and continue our push up the league.

“We won’t get complacent, we know recent results have been built on hard work,” Raftery concluded.