Galway United booked their place in the semi-final of the EA SPORTS Cup with a hard fought win against Bohemians at Eamonn Deacy Park on Monday evening.

The sides were deadlocked after 90 minutes and extra-time was required. Jake Keegan had two early chances to open the scoring at Eamonn Deacy Park in the first period of extra-time but the American persisted and when Jason Molloy swung in an inviting cross from the left wing, Keegan rose highest, nodding the ball past Dean Delany.

In contrast to Friday’s 8 goal thriller at Eamonn Deacy Park, this match was attritional and played cautiously by both sides. Goal mouth action was scarce. Galway United only made three changes to their starting eleven, with Bohemians having the luxury of making six.

In the 15th minute, Alex Byrne, who was returning from a two game suspension, set up Jake Keegan with a clever knock down, but Keegan skied his snapshot.

A minute later, Gary Shanahan played a ball in behind the Bohemians defence for Keegan, who timed his run perfectly but his flicked header was gathered by Dean Delany.

On the half-hour mark, United almost hit the front in spectacular fashion. David O’Leary swung a deep cross to the back post and Stephen Walsh who remained forward after a corner-kick, met the ball with an acrobatic bicycle kick, but his effort was off-target. 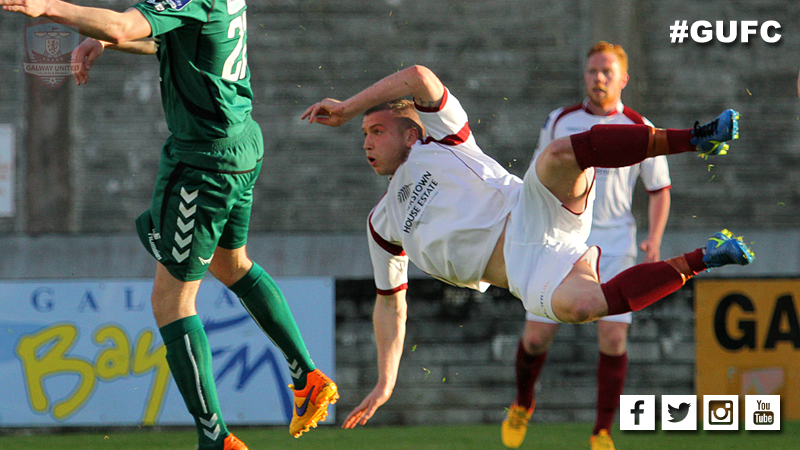 Bohemians’ first chance of the evening fell to the evergreen Jason Byrne. Keelan Dillon tried to play in the experienced striker, but Byrne couldn’t get enough purchase on the ball to truly bother Conor Winn in goal.

Byrne was looking like Bohemians biggest threat and on the hour mark, he saw his 25 yard half-volley land just inches wide of the post with Conor Winn scrambling.

Bohemians substitute Keith Buckley showed some nice skill to beat a United player before creating space for himself. He then attempted to lob Conor Winn, but at full stretch, Winn gathered.

With Kevin Garcia’s injury, Jake Keegan reverted to a familiar role on the left wing for United and in the 65th minute the busy American tested Delany from the edge of the box with a left-footed volley that drew a good save. A moment later, Delany had to pull off another important save to keep the sides scoreless when a deflection off a Bohemians player looked certain to break the deadlock at Eamonn Deacy Park, but Delany showed fantastic reflexes to bat the ball away.

With 5 minutes remaining, Bohemians had their biggest chance of the night. Marc Griffin was picked out at the back post, totally unmarked, but he shot across goal and wide.

Extra-time commenced and Jake Keegan had three chances to break the deadlock in the first three minutes of the first additional period. Gary Shanahan nodded the ball down to Keegan but his half-volley was off target.

Padraic Cunningham then got to the byline before pulling the ball back to Keegan, who was unmarked, but he snatched at the ball and blasted over the crossbar. 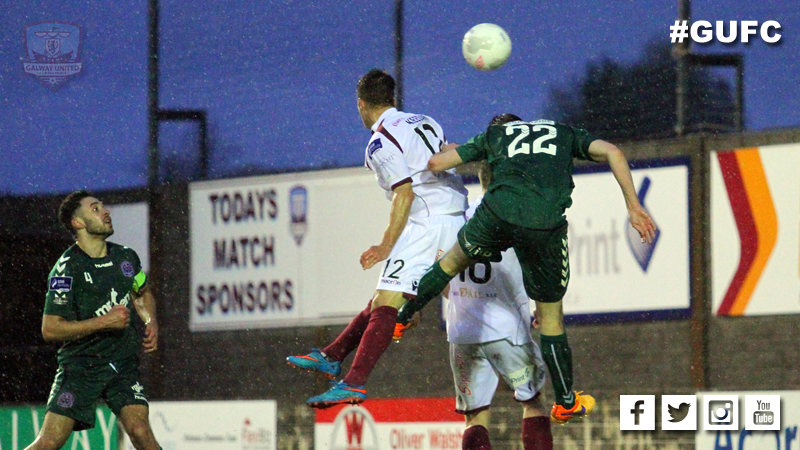 Persistence paid off for Keegan in the 94th minute. United substitute Jason Molloy swung a cross in and Keegan stole a march on Stephen Best to powerfully head United into a deserved lead.

Things went from bad to worse for Bohemians when defender Anto Murphy limped off, with Keith Long had already used three substitutes.

With the numerical advantage, Galway United saw the game out professionally, achieving their 4th win in 5 games and confirming their safe passage into the semi-final of the EA SPORTS Cup.