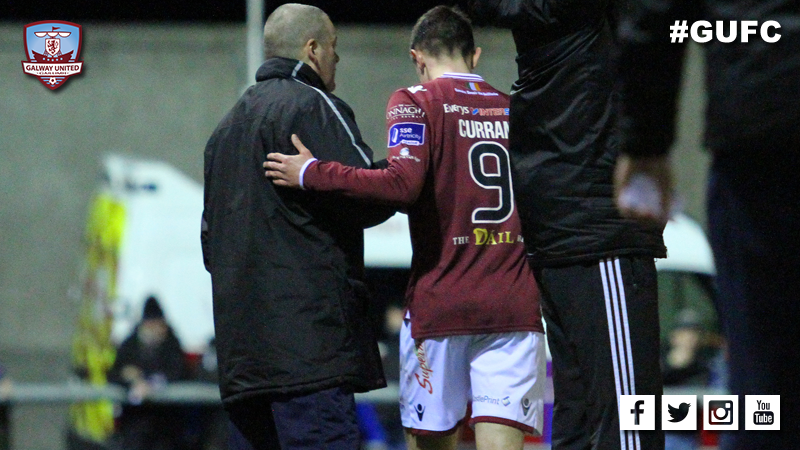 In the 3rd minute, Enda Curran dinked the ball over defender Neil Yadolahi before turning Drogheda United captain Alan Byrne with a backheel, he then found the bottom corner of Michael Sclingermann’s net with a fine strike.

20 minutes later, Galway United were reduced to 10 men when Samuel Oji was adjudged to have fouled Tiarnan Mulvenna in a goal scoring position.

Despite playing with 10 men for over 65 minutes, Galway United weren’t really troubled by the Boynesiders and Tommy Dunne’s side secured a well earned first victory of the season ahead of a difficult away trip to Turners Cross to face Cork City.