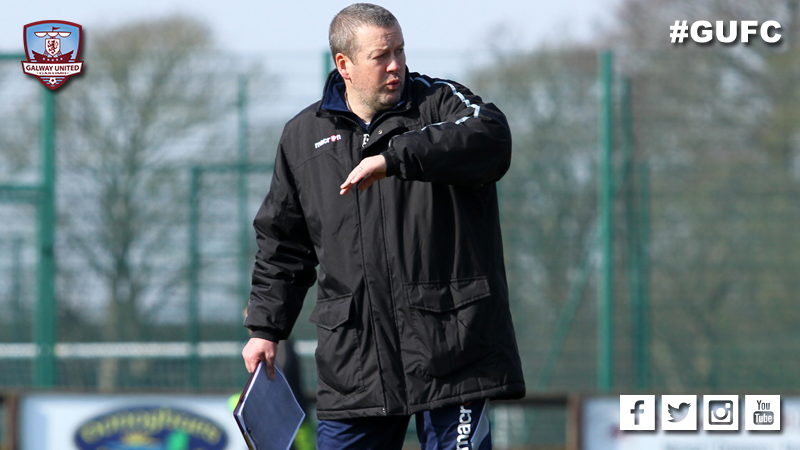 United will be looking to build on a morale boosting 1-0 win at home to Drogheda United on Friday night.

A clinical striker from Enda Curran in the 3rd minute sealed the points for Tommy Dunne’s side at Eamonn Deacy Park.

United players showed tremendous work rate and character against a Drogheda United side who won both of their opening league games. The players battled for over 65 minutes with ten men and Tommy Dunne is asking for the same sort of commitment and attitude from his players against his former club on Tuesday evening.

“Turners Cross is a really difficult place to go,” was the Dubliners assessment.

“The atmosphere and ground is top notch and Cork City have a very strong team. They’ve upped the ante again in terms of bringing in top players with the likes of Liam Miller, Karl Sheppard and Alan Bennett signing. They’re all big game players.

“We’re under no illusions about how tough it will be but we’re looking forward to it. We’re not fearful, we are underdogs but we’re going into the game with confidence. From our point of view, it’s a learning curve and we’re going to have to get used to games like this quickly.

“This is the first real experience for a lot our players where they’ll be going to a ground that’s hostile, which will be a brilliant for our younger players.”

Dunne was pleased with his players application and work rate against Drogheda United on Friday evening but he insists the focus has to switch quickly to Cork City on Tuesday.

“It was a fantastic result considering the circumstances,” Dunne said.

“Now you’re going into a totally different type of match on Tuesday, there’s a lot of positives to take from Friday’s game but we’ve got to park that now and change our focus.

“The Drogheda United game is behind us now, we’ve to move on to Tuesday’s game.

“I think the Cork City game is the first major test for us against one of the top four sides. We are down a few players through injury and suspension but we’ve got some players that can come in and make their mark for the club.”

TEAM NEWS
Galway United manager Tommy Dunne has a number of injury and suspension concerns ahead of Tuesday’s match against Cork City.

Enda Curran has not recovered from a calf strain he sustained in Friday’s 1-0 win against Drogheda United at Eamonn Deacy Park.

Left back Marc Ludden is ruled out with a knee injury.

Sam Oji will miss the game through suspension after being sent off against Drogheda United.

Colm Horgan is rated as doubtful with the flu.