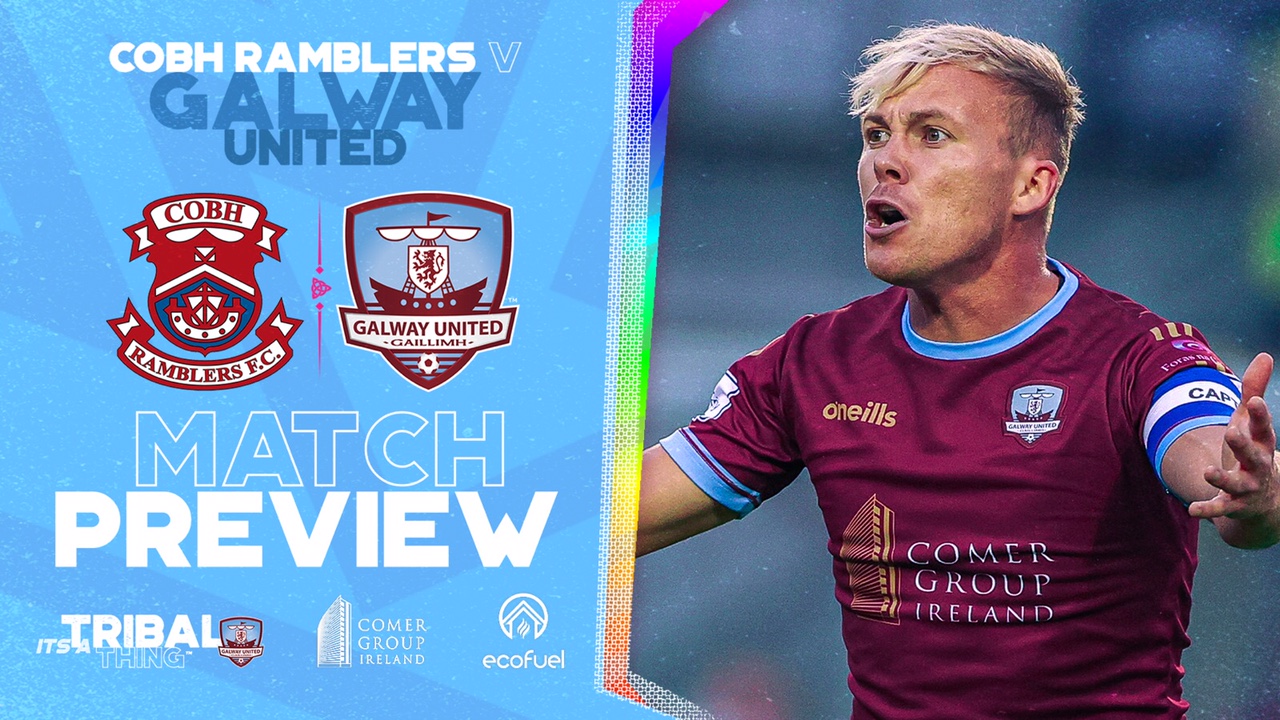 “We are happy to secure a playoff spot but there are still four games to go” – John Caulfield, Manager

Galway United take on Cobh Ramblers this Friday at St Colman’s Park with kick-off at 7.45pm.

United have secured a playoff place in this year’s First Division following an emphatic 4-1 victory over UCD last Friday at Eamonn Deacy Park. Wilson Waweru, Mikie Rowe, Shane Doherty and Padraic Cunningham all got on the scoresheet against the students. The Tribesmen will be looking to cement a second-place finish with four games to go.

This week’s opponents, Cobh Ramblers, are currently in ninth position on the table after a run of poor results. The Rams have been defeated in their last five First Division outings, which included a narrow 2-1 loss to Bray Wanderers in their most recent game.

United manager John Caulfield is targeting a strong finish to the campaign before the playoffs begin.

“We are happy to secure a playoff spot but there are still four games to go,” Caulfield told the club’s media team.

“We gave a very good performance last week against UCD. The lads representing this club really want to do well and hopefully we can drive on; there is a long way to go before the playoffs yet.

“Cobh is always a tough place to go, they always give everyone a difficult game. We need to keep our form over the next number of weeks.”

Francely Lomboto and Ronan Manning remain unavailable due to injuries.

Conor McCormack and Conor Kearns return to the squad after being absent through suspension.

The game will be live-streamed on the new LOITV platform. For all those supporters with Season Passes, LOITV will issue a new voucher code, which you must redeem at the new site. You must go through the registration process again before you can redeem the code. Click on First Division Pass where you will find Add Voucher and you can enter your code to access the pass. Non-pass holders can purchase a First Division pass for €25 or purchase a game pass for €5.