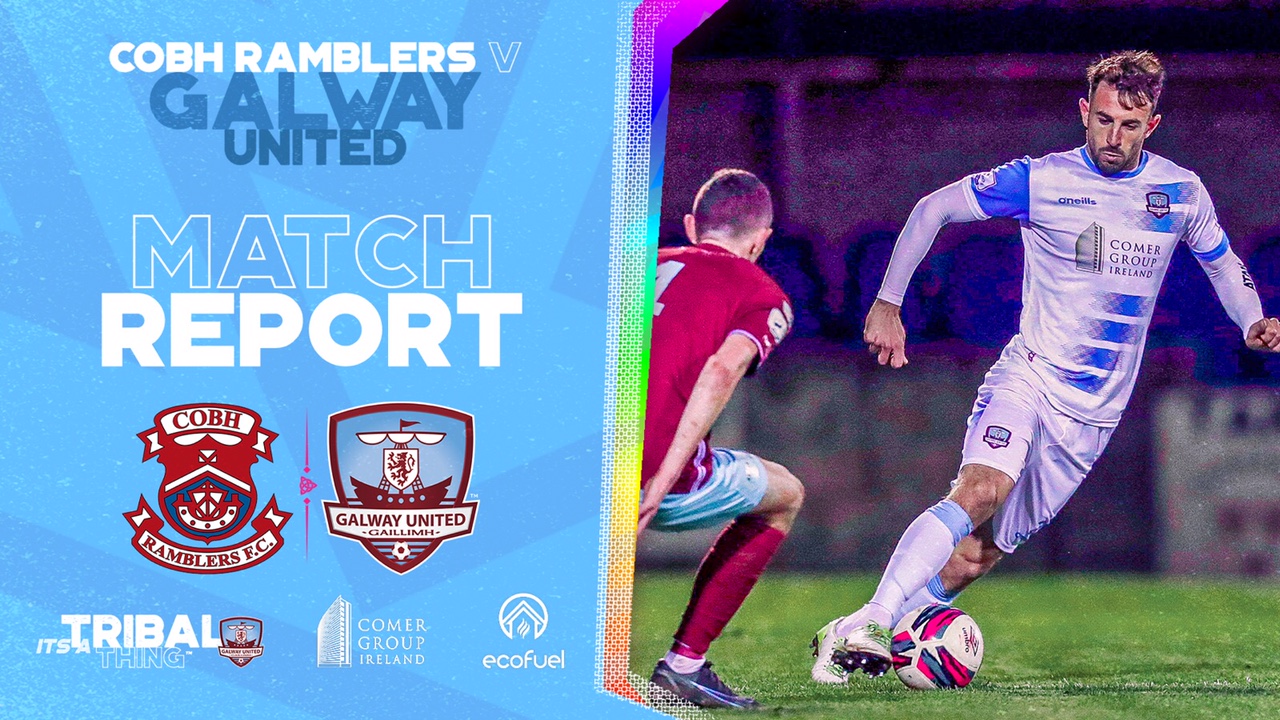 “We came for the three points which we got” – John Caulfield, Manager

A 27th minute Ruairi Keating goal was the difference between the two sides as Galway United secure victory against Cobh Ramblers at St Colman’s Park.

It was a lively start to proceedings with both sides trying to gain momentum in the game.

Mikie Rowe went close for United before the scoring was opened in the 27th minute. Ruairi Keating pounced on a parry from Corey Chambers to put United a goal to the good midway through the first period.

Keating once again went close before the break but it remained 1-0 at the interval.

It was a sloppier start to the second half until a penalty was awarded to United in the 64th minute. Keating stepped up to the spot-kick but his effort sailed over the crossbar to the relief of the home faithful.

Cobh’s Regix Madika and Nathan O’Connell were sent off before the final whistle while United searched for the insurance goal which they were unlucky not to find; coming close with a Killian Brouder header that was cleared off the line and a Colin Kelly volley that went inches wide in the final few minutes of the game.

The Tribesmen held out for a valuable three points which puts them further clear in second place on the First Division table.

“I think in the first half we played very well and we scored. We missed chances in the second half, we just couldn’t get the second goal.

“It was a very hard game, Cobh make it very difficult for teams. They turned it into a right battle in the last half an hour.

“We came for the three points which we got and Conor Kearns wasn’t really tested. It became frantic at the end but we won the match so we move onto the next one.”