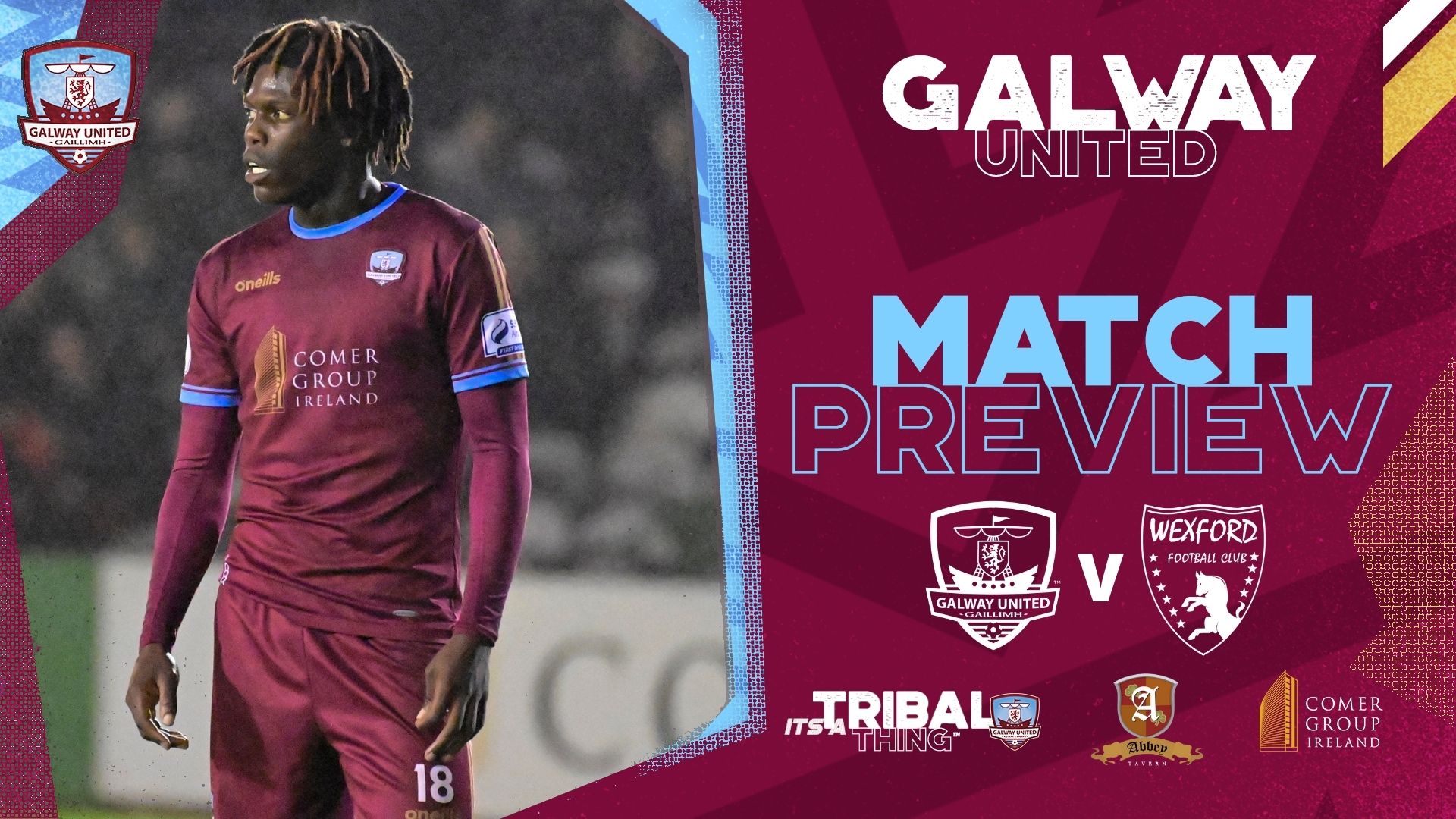 Three First Division games remain for United before playoffs begin – Wexford, Bray Wanderers & Cork City. The Tribesmen go into this week’s fixture after a 1-0 win over Cobh Ramblers at St Colman’s Park two weeks ago. Top goalscorer Ruairi Keating scored the all-important goal in a victory that put United six points clear of UCD in second position on the table.

This week’s opposition, Wexford, have been much improved under manager Ian Ryan. The club remain bottom on the First Division table but have won three out of their last four league encounters, including an impressive win over play-off bound UCD. Wexford were defeated 4-0 by Cork City in their most recent game having gone down to ten men in the first half.

United manager John Caulfield is keen for his side to keep up the winning momentum ahead of the play-offs.

“This is an exciting time of the season and we are delighted to have two home games in a row,” Caulfield told the club’s media team.

“It was encouraging to claim back-to-back victories over UCD and Cobh Ramblers ahead of the playoffs.

“We know about the threat Wexford carry and they have put in several impressive displays throughout the season. In our previous two fixtures against Wexford we saw what a tough team they can be to overcome.

“We need to keep our performances good and we need to win games. Winning gives you that confidence so hopefully we can keep doing that up until and including the play-offs.”

Mikie Rowe will miss this week’s game due to suspension.