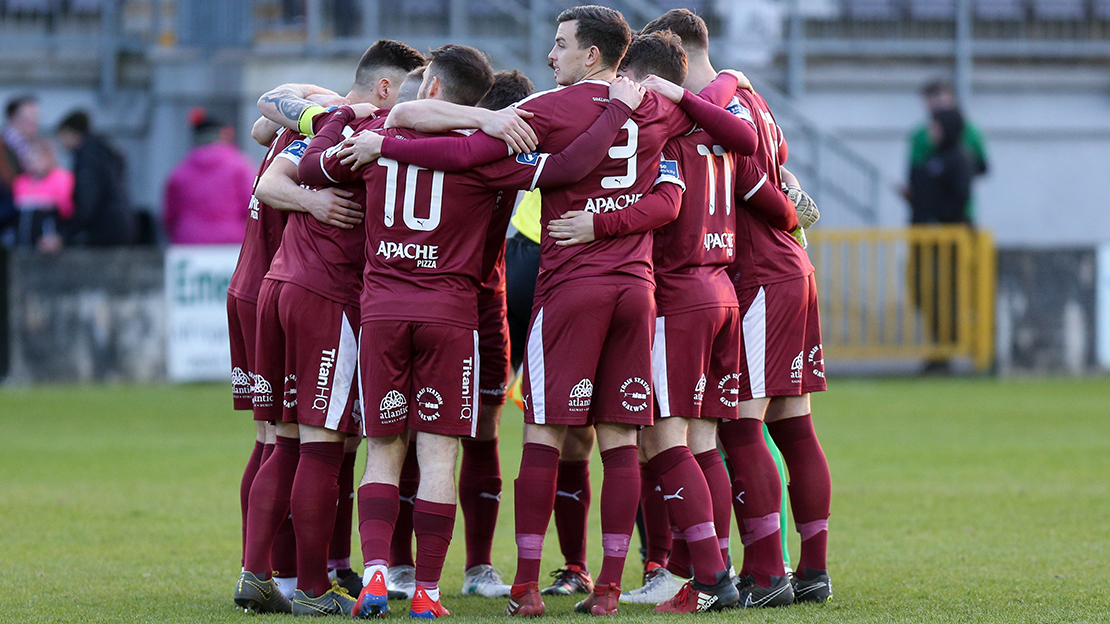 Galway United will look to turn the tide and get a first league win of the season at home on Friday night when the Tribesmen clash with Cobh Ramblers at Eamonn Deacy Park. Kick-off: 7.45pm.

Alan Murphy’s side have fallen to three consecutive 1-0 defeats at the Corribside venue after a promising display on the opening night of the season against Shelbourne, which ultimately ended in a harsh loss.

Both clubs will be keen to accrue points in this vital league meeting to cut the gap to the sides above them in the league table as we approach the end of the first series of games in the First Division.

MURPHY LOOKS AHEAD TO COBH RAMBLERS SHOWDOWN
“The whole squad are looking forward to the Cobh Ramblers game,” Alan Murphy explained to www.galwayunitedfc.ie.

“Everyone realises that we haven’t scored in x amount of league games and we know that we have to address that.

“We’ll be looking to try and emulate a lot of the good stuff that we’ve done this season, but we’ll be trying to add to that by having a little bit more bite in the final third of the pitch in terms of creating chances and scoring goals.

“We’ve worked very hard on the training ground this week in the lead up to the Cobh Ramblers game and we’ve done our preparation on them.

“We’ve analysed our last few games, we know it’s a work in progress, but we’re also hoping to see a difference in the way we attack and how dangerous we look on the pitch after tweaking a few things.

TEAM NEWS
United have a lengthy list of absentees for the Cobh Ramblers game.

Colin Kelly and Donal Higgins will both miss the game due to International duty with the Irish Schools side, who will face England at Dalymount Park on Friday night.

In positive news, Ivan Gamarra and Ronan Asgari have both recovered from recent injuries and will be in contention for Friday’s game at Eamonn Deacy Park.