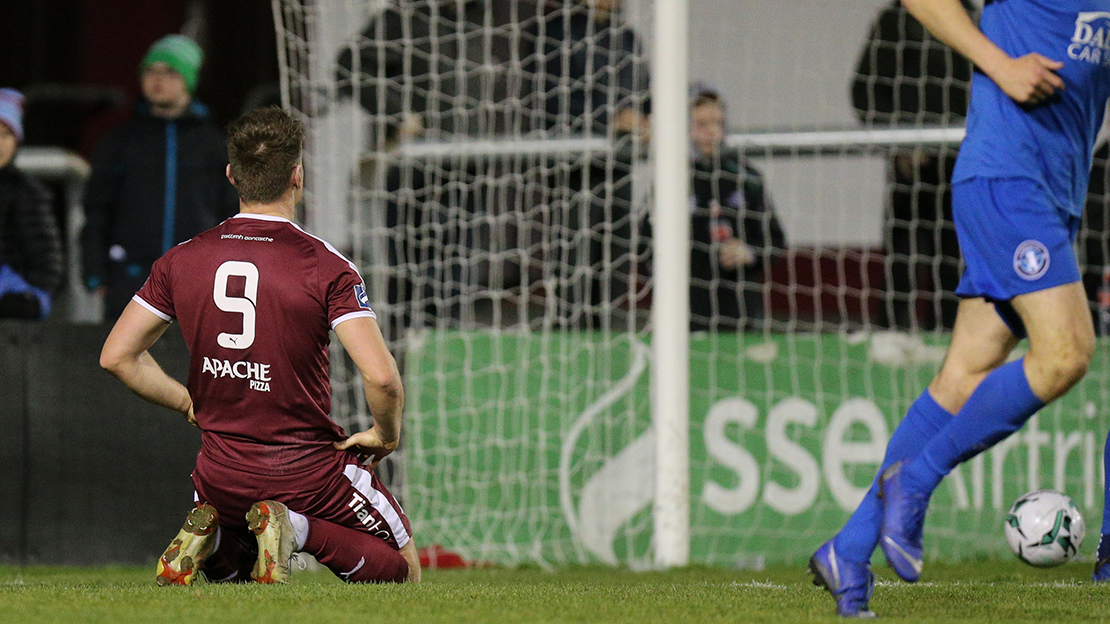 Limerick ran out 1-0 winners at Eamonn Deacy Park in what proved to be another frustrating night for Alan Murphy’s side on Corribside.

Sean McSweeney’s decisive strike came on the half hour mark and the nature of the Shannonsiders goal will make the defeat even harder to take for the Tribesmen.

Former United player Colm Walsh O’Loghlen saw his shot deflected into the path of Connor Ellis, who also had his shot blocked down, but the ball sat up perfectly for Sean McSweeney to slot home through the legs of Marc Ludden to decide a game of fine margins.

Jeff McGowan was handed his first league start and he almost lit up Eamonn Deacy Park when Conor Barry counter attacked and passed to McGowan, who ran 40 yards with the ball, before powering a low effort at goal that Jack Brady was equal to. 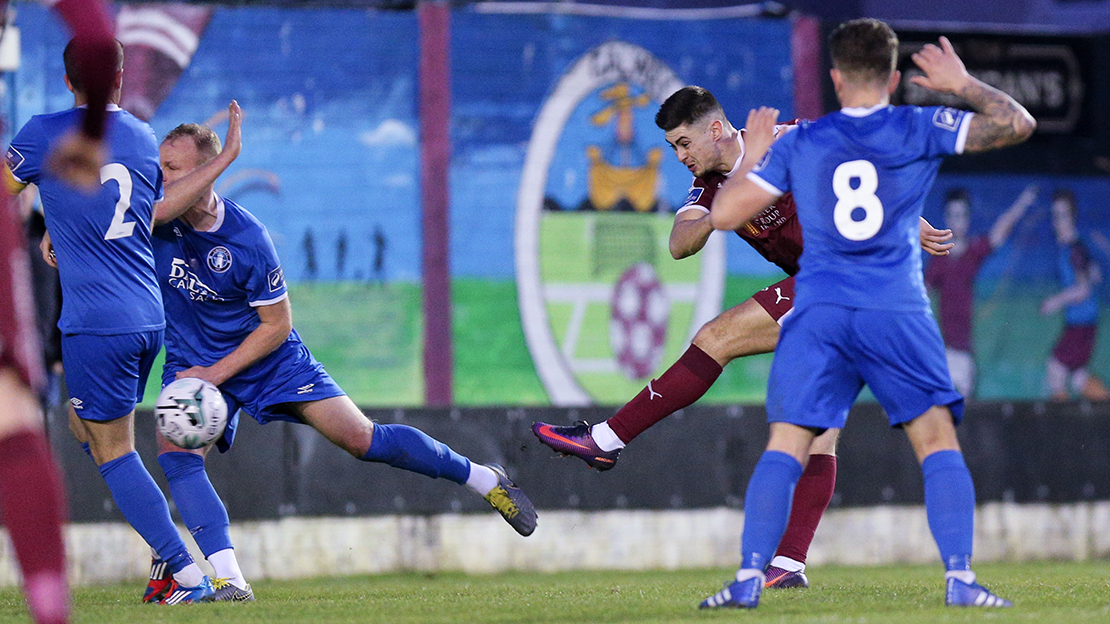 The early goings at Eamonn Deacy Park were extremely scrappy, with both teams trading tentative blows. The game had all the hallmarks of being decided by a decisive moment and that came after 30 minutes via two deflections, which sums up United’s luck in recent league outings.

Colm Walsh O’Loghlen’s shot was deflected into the path of Connor Ellis, who saw his shot blocked down also, but the ball deflected and sat up perfectly for Sean McSweeney to finish from close range.

Limerick could’ve made it 2-0 when Shane Tracy delivered a wicked free-kick from the left flank. Robbie Williams attempted to divert the ball goalwards with a deft flick on, but he was just inches away from making a connection.

A long ball over the top picked out Limerick winger Walsh O’Loghlen and he got away from Maurice Nugent to drill a shot at the near post that Andreas Werner had to push out for a corner. 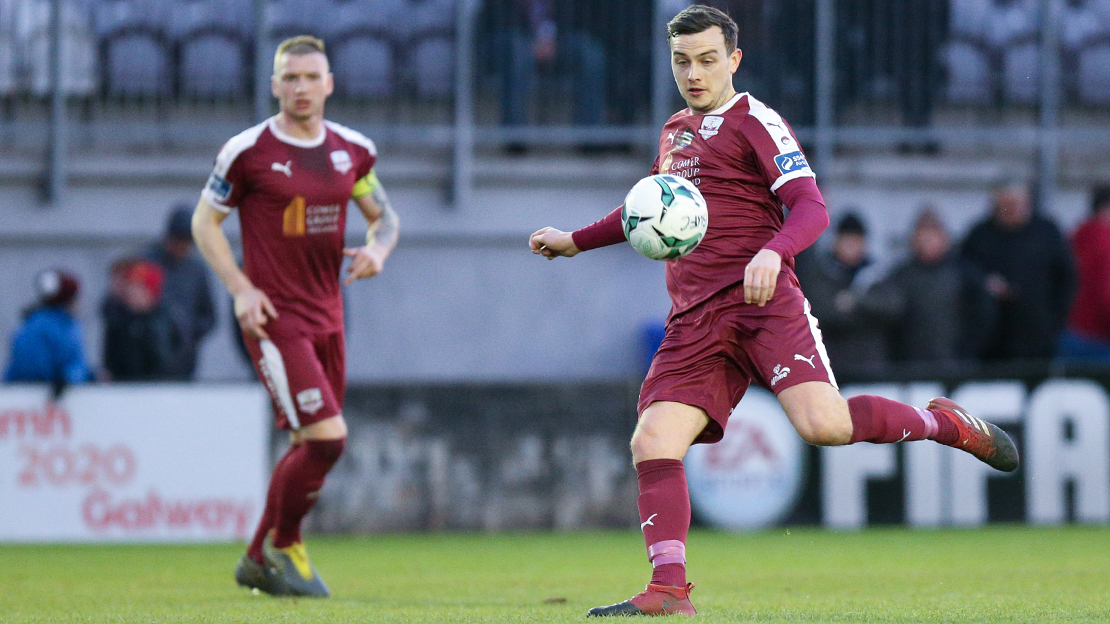 United had a massive chance to draw level before half time when Conor Melody crossed from the right, Conor Barry took the ball down in the box before eventually working it to Donal Higgins, but he toe-poked the ball just wide of the post.

Limerick almost extended their lead ten minutes into the second half. With United stretched, the away side worked the ball wide to Colm Walsh O’Loghlen, who fired across goal, but the ball just flashed wide.

Some good build up play from Limerick saw Sean McSweeney teeing up Darren Murphy and the midfielder shot low and towards the bottom corner, requiring Andreas Werner to get down and save. 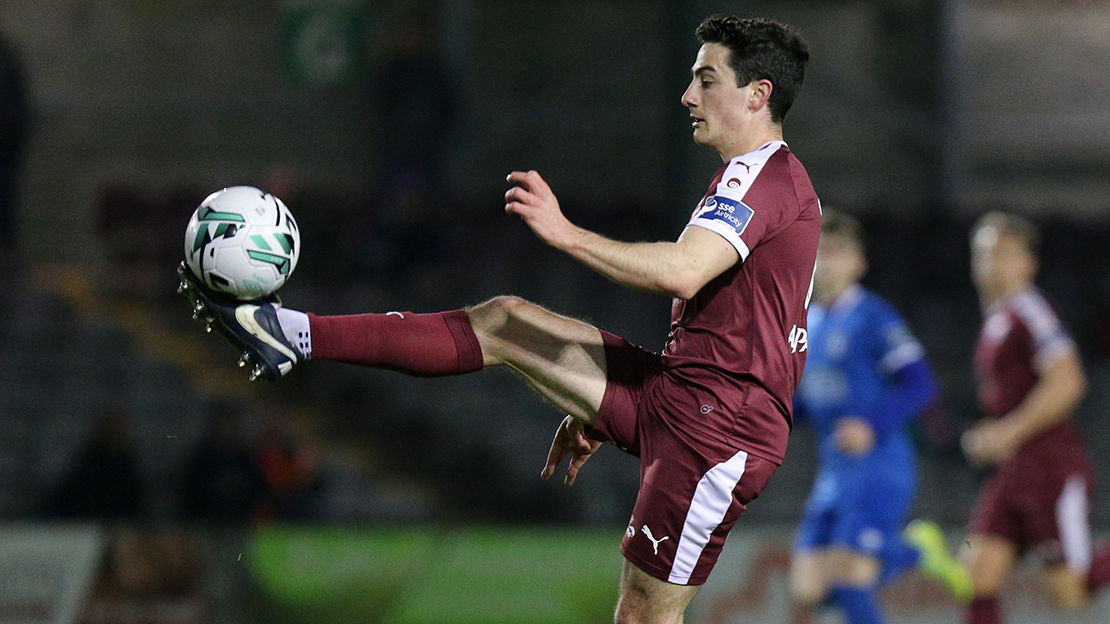 United poured forward in search of an equaliser. Substitute Vinny Faherty got a head to Marc Ludden’s deep corner, but he was always stretching to get to the ball and couldn’t direct it on target.

There was one final chance for the home side to equal matters late on. Shane Doherty hung a deep cross to the back post. Colin Kelly’s effort was blocked down and the ball deflected towards Stephen Walsh, who threw a foot at it, but his hopeful effort was always veering away from goal.