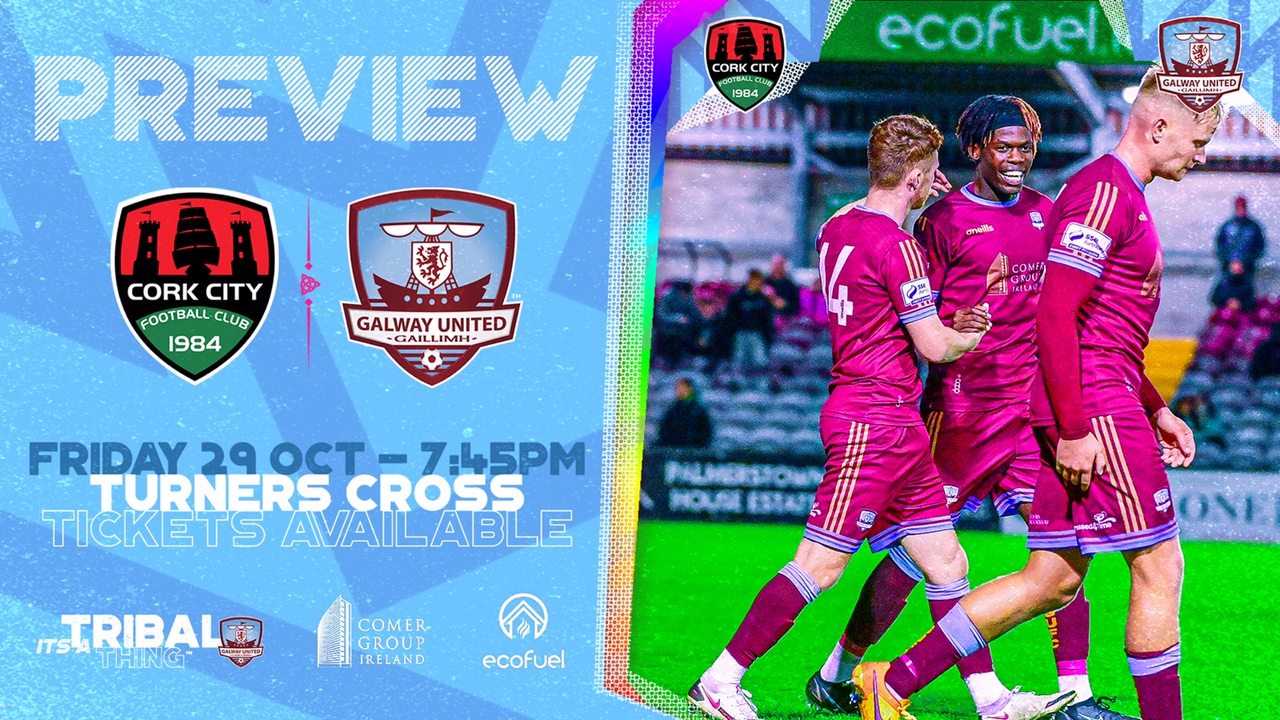 “The most important thing for us is to put in a performance and then look forward to the playoffs” – John Caulfield, Manager

United play their last First Division league game against Cork City this week before the playoffs begin next Wednesday. The Tribesmen go into the fixture in good form after winning their last four fixtures in a row. A late Wilson Waweru goal was enough to earn United a 1-0 victory over Bray Wanderers at Eamonn Deacy Park last Friday which secured a second-place finish on the First Division table.

This week’s opposition, Cork City, are currently seventh on the table and remain the only team that United have yet to defeat in this campaign, having drawn and lost on both occasions. Colin Healy’s side were defeated 1-0 by UCD last time out after the league’s top goalscorer Colm Whelan netted the winner for the students from the penalty spot. Tickets are available for this week’s game here.

United manager John Caulfield will be without several players through suspension for the Cork game but is eager for the players coming in to make an impact ahead of the playoffs.

“It is a perfect opportunity to make a few changes for our game in Cork. It is Cork’s last home game and they will want to put in a performance.

“It is nice to have the game as we have a number of lads that deserve to get game time so we will do that. The main thing is that we are ready for the playoffs next Wednesday.”

Lisa Fallon added: “Our focus is on the playoffs and getting the team ready for that. You prepare for your next game; it is important to keep the momentum going.

“You have to stick to the process, to be patient with the players, help them and keep nurtuting the standards we want to play at.”

Killian Brouder and Mikie Rowe will also miss this week’s fixture through injury.

Gary Boylan, Ruairi Keating and Stephen Walsh are suspended for this week’s game while Maurice Nugent returns from suspension.