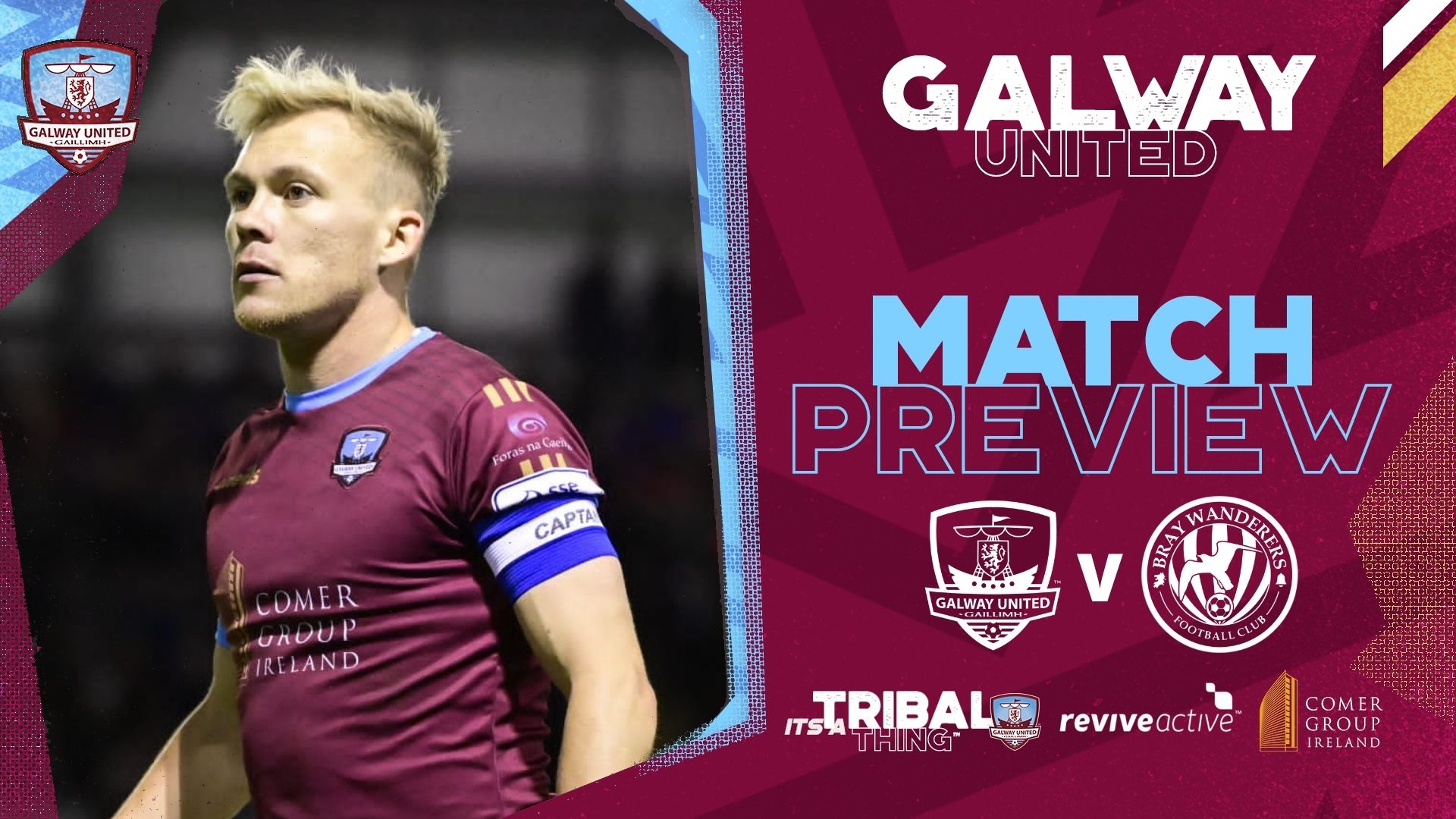 “It would be great for the club to have a full house this weekend” – John Caulfield, Manager

Galway United face Bray Wanderers in the second-leg of the playoff semi-final at Eamonn Deacy Park on Sunday with kick-off at 5pm.

It is United’s biggest game of the season this Sunday when they face Bray Wanderers at Eamonn Deacy Park after drawing 0-0 in the first-leg at the Carlisle Grounds on Wednesday night. It was a tight affair on the east coast with both defences limiting opportunities for attackers in the ninety minutes.

Tickets for the crucial second-leg fixture against Bray are available to purchase HERE.

United manager John Caulfield emphasised the importance of the home crowd for Sunday’s second-leg tie following his side’s hard-fought first-leg draw at the Carlisle Grounds during the week.

“We are hoping to have a massive crowd on Sunday. The crowds at the last few home games have been phenomenal so hopefully that support can make the difference,” Caulfield told the club’s media team.

“It would be great for the club to have a full house this weekend – the atmosphere has been fantastic over the last few home games. There is a bit of buzz about the club but we need a big performance on Sunday. The bigger the crowd the better.

“It is all to play for in the second-leg and I always expected that; we have a lot of work to do ahead of the weekend. It is the halfway mark, it is a new game and it is knockout football so we need a big improvement for Sunday.”