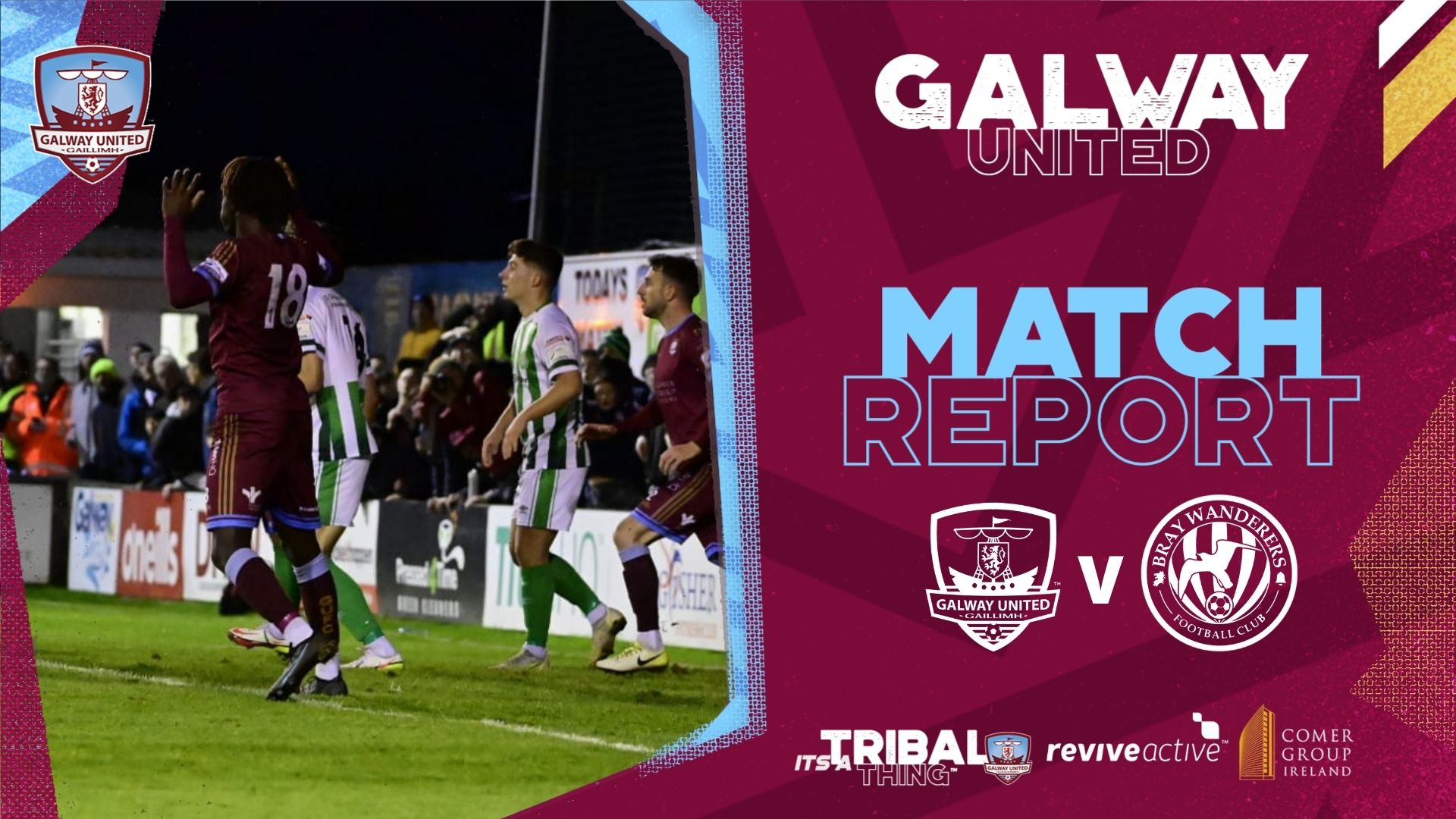 A Brandon Kavanagh screamer, Bray Wanderers’ only chance in over 180 minutes of football, left Galway devastated by the Corrib. The Shamrock Rovers’ loanee decided matters after two legs in which his goal was the sole memorable moment of quality.

United will wonder how they let this slip as they had pretty much all of what chances there were in the two legs. However, in the second half, they rarely troubled Brian Maher, and Bray grew in belief as the game progressed.

It was nearly all United in the opening half in front of a sold-out Terryland, after which they somehow trailed. Kavanagh’s goal was a classy goal from start to finish. He initially killed a ball with the outside of his left foot and then dictated the pace of the move; after a lovely one-two with Ryan Graydon, Kavanagh blasted into the top corner with his left foot in the 20th minute.

Bray didn’t offer much in the first half and less in the second. United’s high-tempo start saw them have virtually all of the territorial sway in the opening 15 minutes. By that stage, David Hurley and Wilson Waweru had gone close. Waweru again threatened on 25 minutes and, through on goal but he couldn’t hit the target from a tight angle.

A fine cross from Walsh was headed over by Mikie Rowe on 29 minutes, with Waweru desperately unfortunate when hooking a loose ball from a corner-kick off Maher’s bar 11 minutes before the break.

Bray were content to sit back in the second half. Hurley found Keating four minutes in but he failed to trouble Maher, before Rowe screwed a shot wide from a decent position.

Keating tried to poke home halfway through the half but failed to trouble Maher once again. United’s best chance would come with five minutes to go, substitute Alex Murphy supplied a teasing cross but Wilson Waweru headed over with a team-mate perhaps better-placed.

It wasn’t to be for United as their season came to an end at Eamonn Deacy Park on Sunday evening.

“We are disappointed with the result. Brandon Kavanagh was probably the stand-out player and he scored an unbelievable goal. It was their only shot on target in the two games.

“Ultimately in the two games we didn’t score and we had chances. We started the game well and had a few half chances, we threw everything at them in the second half but sometimes you have to hold your hand up and congratulate Bray.

“The lads did their best and at times the football was really good. It was that type of night where we needed a goal but we didn’t take the chances over the two games.

“The support and noise from the terraces were fantastic. This division is a real dog fight, the playoff is cup football. We didn’t get the goals we needed over the two legs but we have to reassess now and see where we are at the start of next season.

“I am positive, we have a lot of young talent coming through. There is certainly a buzz about the club and I sense it around the city and county when I meet people. The age profile of our supporters is fantastic and is something we need to build on.”