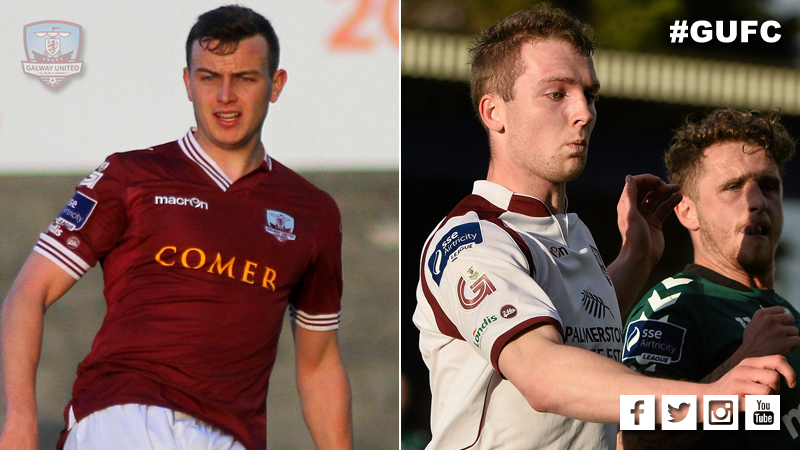 Galway United are delighted to announce that Cormac Raftery and Marc Ludden have signed contract extensions at Eamonn Deacy Park.

Marc Ludden joined the Tribesmen from Mervue United at the start of the 2014 season. The 25 year old has made 53 appearances for Galway United in his two seasons with the club.

Galway United boss Tommy Dunne is hopeful that Raftery’s game can continue to progress at Eamonn Deacy Park: “It’s very important that we have continuity at the club. We’re pleased to get both players re-signed.

“Cormac has done very well since he joined the club. This was his first year in senior football, we threw him into the deep end and he responded well.

“He’s a young player and he’s still improving, but we feel he’s worth the time. He’s prepared to put the effort in, he trains very well and he’s professional in his approach.

“He wants to nail down a first team place next season. We’re delighted with his attitude, if he performs and trains well then he will have every chance with us.”

Dunne believes Ludden will continue to be an integral part of his side in 2016: “Marc has had an unlucky season with injury. He showed glimpses of his quality but we’re hoping to see more consistency from him in 2016.

“At 25, Marc is actually one of the senior members of the squad and this was also his first season in the Premier Division. The intensity was above what many had experienced before, but he will be better for it next season.

“We feel a fit Marc Ludden will be a huge asset to the club. We’re delighted to retain him” Dunne concluded.