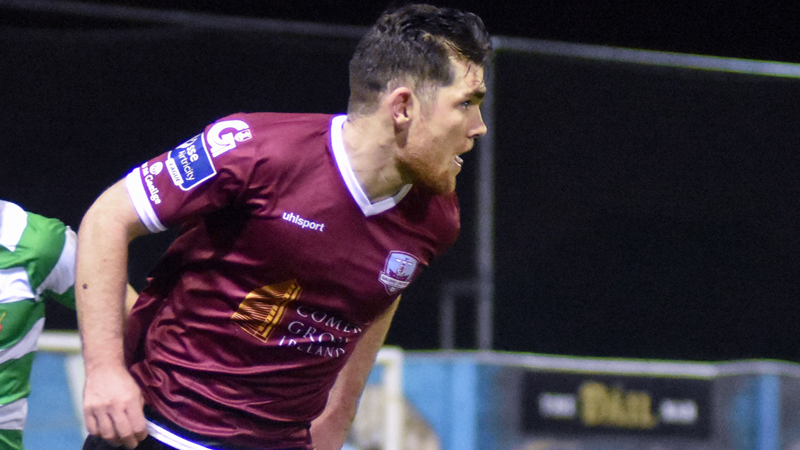 Galway United came away from Dalymount Park with a hard earned point.

Bohs struck first when Dinny Corcoran glanced Lorcan Fitzgerald’s corner-kick into the back of the net. United responded through Ronan Murray, who scored his second goal of the season. Shane Supple upended Murray outside the box and he dusted himself down before smashing a powerful low drive into the corner.

Murray had United’s opening chance in the game. After a free-kick, the ball sat up perfectly for Murray, who struck the ball powerfully, but Shane Supple spread himself to save.

A deep cross from Kevin Devaney was nodded down by Gary Shanahan into Ronan Murray’s path, he turned and got a shot away, but it was off target.

Bohemians grabbed their opener shortly after the quarter hour mark, Lorcan Fitzgerald’s in-swinging corner-kick was aided by a strong breeze and Dinny Corcoran made a good connection with Fitzgerald’s excellent delivery to nod the hosts in front.

Fitzgerald almost created a second goal for Bohemians, but Dano Byrne saw his header crack off the post.

Ronan Murray then drew a foul from Shane Supple outside the box. Murray shot low and hard from the resultant free-kick and the ball flew across the turf and into the bottom corner with Supple rooted to the spot.

Alex Byrne was given his marching orders 25 minutes into the second half by referee Neil Doyle for obstructing Lorcan Fitzgerald.

Despite their numerical advantage, Bohemians didn’t overly trouble United in the final 20 minutes. Jamie Doyle’s volley took a deflection in the box but the ball rolled into Conor Winn’s hands.

United could’ve stolen the points with two minutes to go, but Ronan Murray’s cross to the unmarked Conor Melody was marginally over-hit.