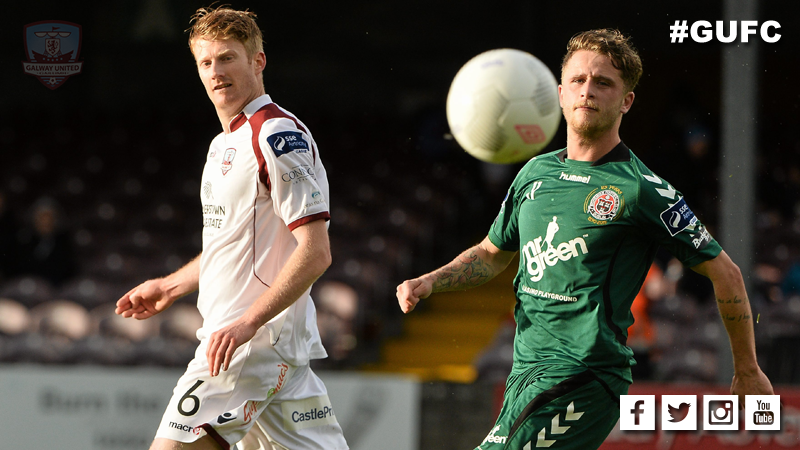 Two injuries, the sending-off of Enda Curran and another league loss meant it was a trip to the capital to forget for Tommy Dunne’s charges.

Bohemians controlled the game from start to finish and they were gifted an opening goal when Kilian Cantwell’s mistake allowed Roberto Lopes to thread the ball through for Ismahil Akinade and he stroked the ball past Ger Hanley.

Paddy Kavanagh could’ve doubled the hosts lead when he glided past Colm Horgan before unleashing a powerful drive that narrowly flew over the crossbar.

A second goal did arrive for the Gypsies when Akinade rose unopposed in the box before cannoning a headed effort off the crossbar, the rebound broke kindly to Jake Kelly and he slotted the ball home.

United’s first chance arrived on the half hour mark when Jason Molloy sent a seeking ball into the channel for Jake Keegan, the American scampered towards goal before finding the side netting under pressure from a retreating Bohemians rearguard.

Akinade and Kelly combined moments before half time, the lanky striker used his considerable frame to nod the ball down to Kelly and the former Bray Wanderers winger forced Ger Hanley into a save.

United captain Paul Sinnott almost pulled a goal back for the Tribesmen early in the second half but his volley from the edge of the box spun wide.

Galway United’s evening went from bad, to worse, in the 62nd minute when Enda Curran got his marching orders for what the referee saw as a dangerous tackle on Stephen Best. In the next phase of play, Marc Ludden was sent to hospital with a concussion after Anto Murphy caught him with an inadvertent elbow.