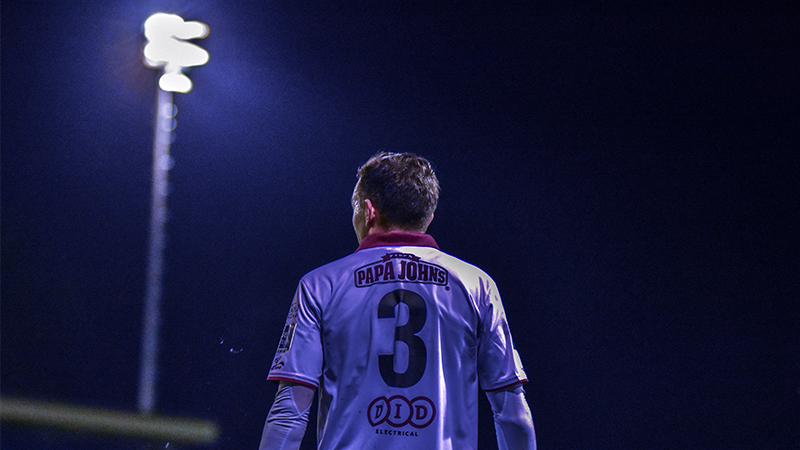 Galway United held a numerical advantage for most of the second half, but failed to make it pay, as they fell to a single-goal defeat at the Carlisle Grounds, to a ten-man Bray Wanderers.

A controversial first-half strike from Gary McCabe was the difference between the sides as Shane Keegan’s men failed to pull themselves back into contention.

Ronan Murray looked to test Peter Cherrie, as the Tribesmen looked lively in the opening moments, but his effort was always rising.

Conor Winn had to be alert to deny a Dylan Connolly snapshot, five minutes in.

A deft touch from Jesse Devers set up Ronan Murray who aimed for the far corner, but Cherrie pulled off a good save to deny United.

A Ronan Murray cross was cleared from the box, but only as far as Paul Sinnott, who controlled it with his chest and hit a shot on the volley, but it was straight at Cherrie in the Bray goal.

Half an hour in, Mark Salmon was on the end of a good Bray move, but his finish drifted wide.

Ten minutes from the break, the home side took the lead. Gary McCabe, who looked to have hand-balled in the lead up. toe-poked an effort at goal. Winn saved but was unable to hold it and McCabe was the first to react to slot it home.

A few minutes before half-time, Conor Melody had possession in the Wanderers’ penalty area and just as he was winding up for a shot was pulled back, but no action was taken by the referee.

Into the second half, a half-clearance of a Bray corner fell to Mark Salmon but he couldn’t direct his shot on target.

Bray had a chance to go two goals to the good when they broke at United from a corner kick. Greene advanced up the right before squaring to the unmarked Connolly, but one-on-one, Conor Winn denied the Bray attacker down low and it was eventually cleared from danger.

The home side were reduced to ten men on the hour-mark, as Conor Kenna received a second booking, after making a late challenge on Galway United captain Colm Horgan.

United were given a warning when Keith Buckley crossed for Gary McCabe at the back post, but the latter fired it over the bar when he seemed certain to score.

Colm Horgan supplied Jesse Devers in a dangerous position, the Mayo man controlled excellently, but his effort was from too difficult an angle.

United won a corner in the closing moments, but it came to nothing and Harry Kenny’s Bray Wanderers came away with all three points and their first clean sheet in the league this season.