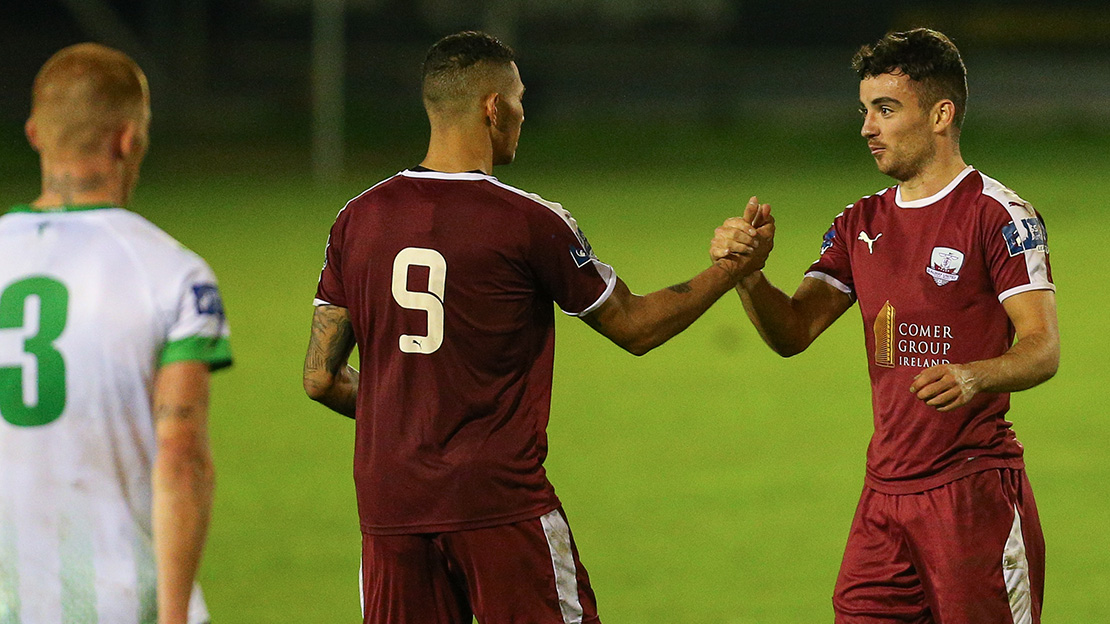 United came into the game on the back of four consecutive league wins for the first time since 2014, which was coincidentally was the last time the Tribesmen achieved promotion to the Premier Division.

John Caulfield made just one change from the side that prevailed against Wexford FC last Friday night at Eamonn Deacy Park, with Stephen Christopher coming in for the injured Conor Barry.

This would be a tough assignment for United, who were beaten 2-0 by the Dublin outfit at the end of July at Eamonn Deacy Park. Cabinteely ended a recent slump in form with a 2-0 triumph against Shamrock Rovers II at Tallaght stadium. 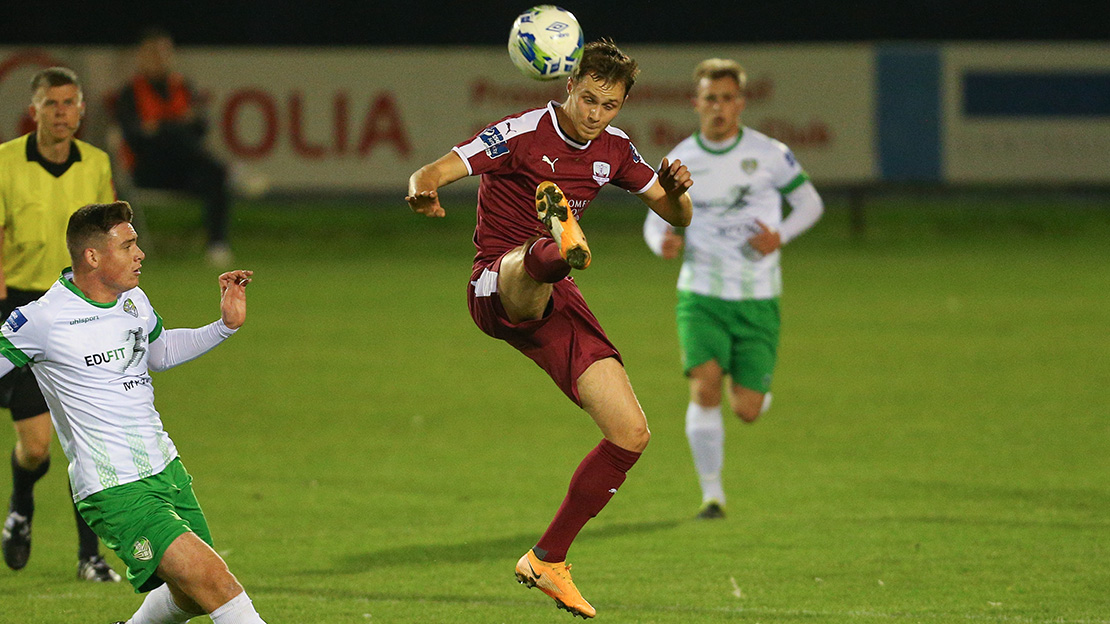 The visitors had an early shout for a penalty when it appeared that Mikey Place might have been felled in the penalty area, but the referee was having none of it and waved play on.

Killian Brouder had to make a vital intervention to deny Cabinteely the lead in the 10th minute when he headed a ball off the goal line, when it looked like Kevin Knight’s strike was destined for the top corner.

Not long afterwards, United had their first real chance of the game after a nice bit of play Enda Curran, who chested the ball down for Mikey Place and he struck the ball firmly on the half volley from the edge of the box, but Corey Chambers pulled off a good save to deny him.

Cabinteely went close again in the 28th minute when Dylan Thornton cannoned a 25 yard drive against the post with Kevin Horgan relieved to see the ball stay out of his net. 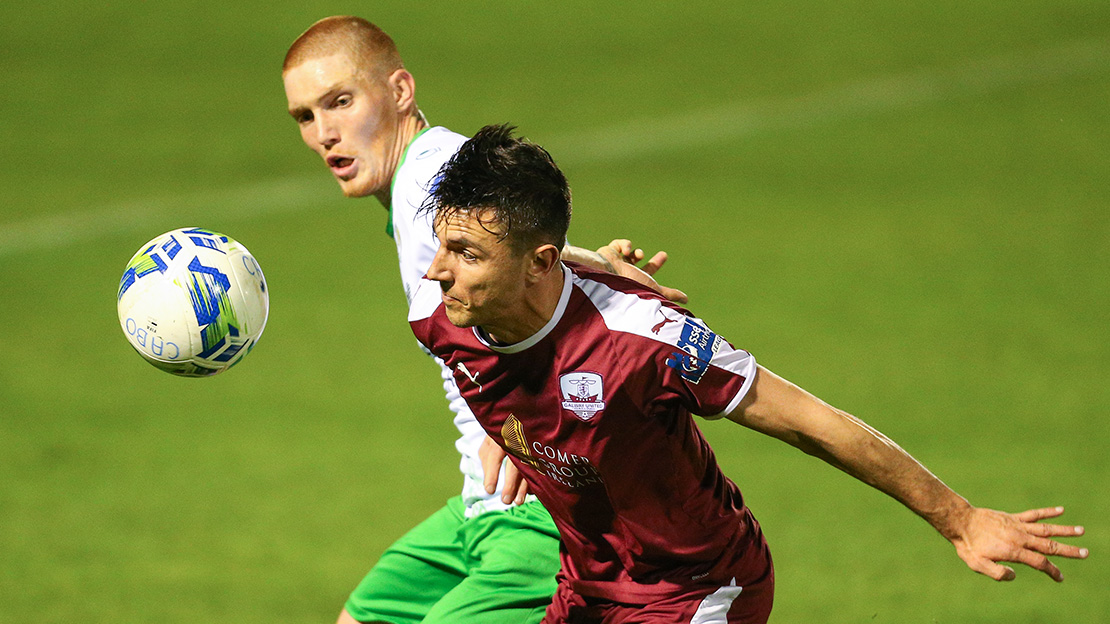 United had a flurry of chances just before the half time break to go in with a lead. First, Shane Duggan struck the crossbar with a fine curling shot. Then Enda Curran forced Corey Chambers into a smart save, getting down low to his right to deny the former Mervue United man.

Seconds later, Chambers pulled off another sensational save to thwart Sam Warde, who hit a piledriver of a shot from the edge of the box, aimed right for the top corner, but the Cabinteely keeper got a strong hand to the ball.

Stephen Christopher had a few chances early in the second half to give the visitors the lead. The crafty midfielder went close when he hit the outside of the post with a long range effort after turning a Cabinteely defender inside out, then Christopher forced Chambers into a good save with a rasper of a shot.

The pendulum turned in Cabinteely’s favour when Marc Ludden received his marching orders for a second bookable offence in the 67th minute. 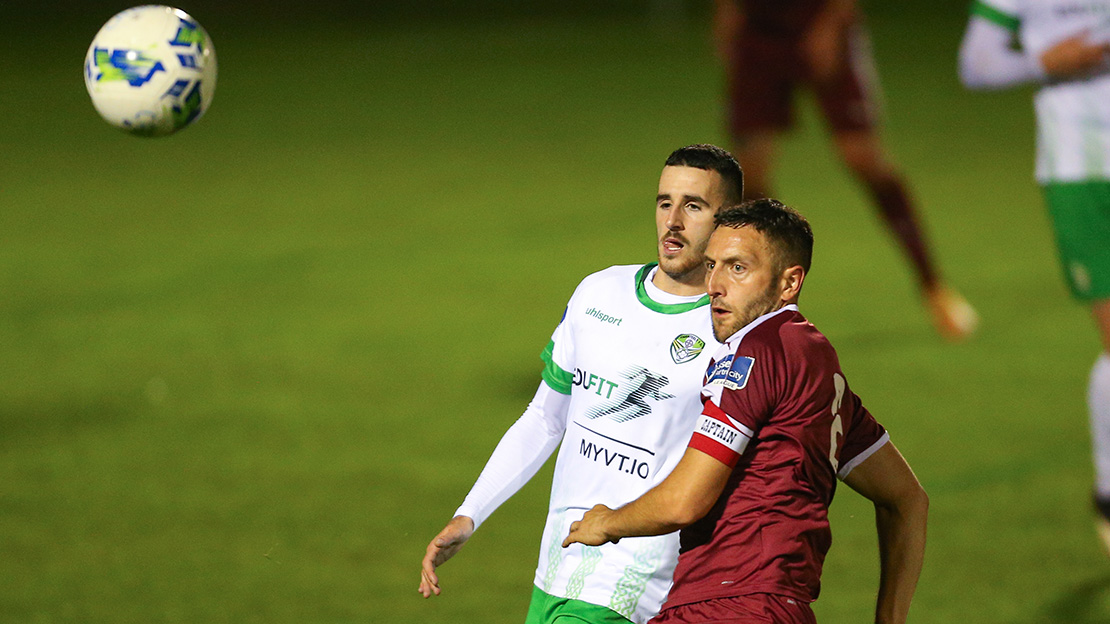 United really had to grind their teeth and dig in for the remaining minutes, battling manfully to deny the hosts. Jack Lynch made a vital headed clearance with Paul Fox waiting to head the ball home. Kieran Marty Waters then attempted an acrobatic overhead kick, but his shot lacked accuracy and was blazed over the crossbar.

Cabinteely had a penalty appeal of their own in the 77th minute when the ball was blasted into the box, the shot was blocked down and the hosts appealed for a handball, but the referee was not interested.

The game became a bit frantic as it headed towards added time. Kevin Horgan was forced to make a game changing save, just like he has done on so many occasions for United, denying Shane Barnes with a point blank save went it looked like John Caulfield’s men would be dealt a heartbreaking late sucker punch. 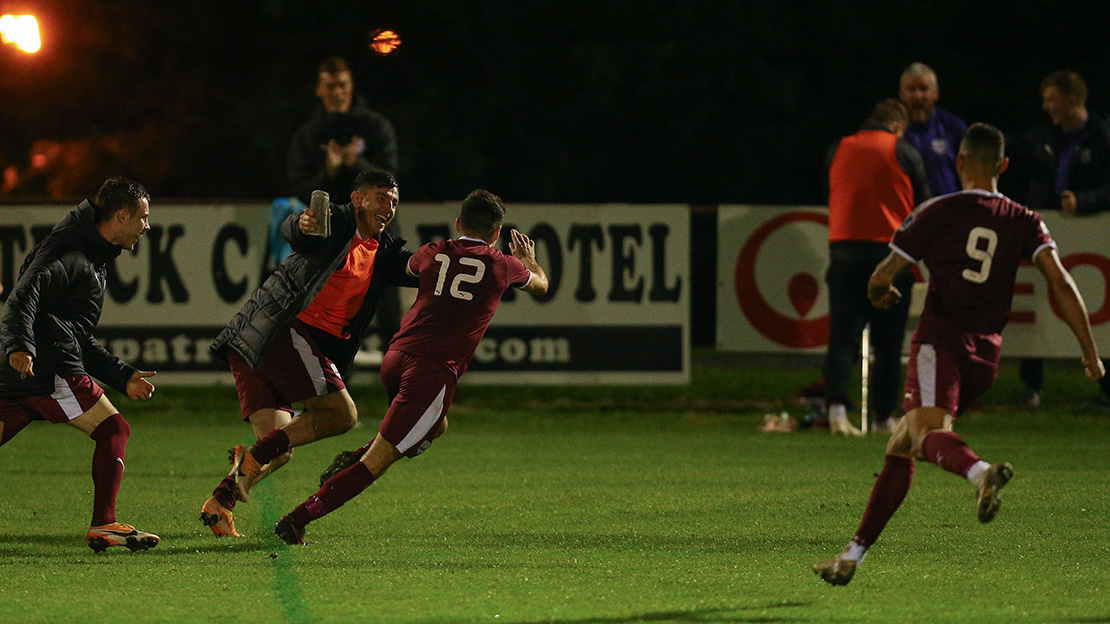 That moment really proved critical in the 99th minute with time pretty much up. Stephen Christopher had a free kick near the sideline on the left flank and he curled an effort towards the top right corner, which evaded the Cabinteely defence and keeper, and ended up in the top corner. It was incredible scenes considering United battled with 10 men for the last half hour.

This important three points gave the Tribesmen their fifth consecutive league win and it maintained John Caulfield’s 100% winning start as Galway United manager. Caulfield’s side are now level on points with UCD in fifth place in the battle for a valuable play-off spot, which looks like it will go right down to the wire.

United continue their promotion push on Friday night at Eamonn Deacy Park when they will welcome Cobh Ramblers, the home side will be searching for their for their sixth consecutive league win.