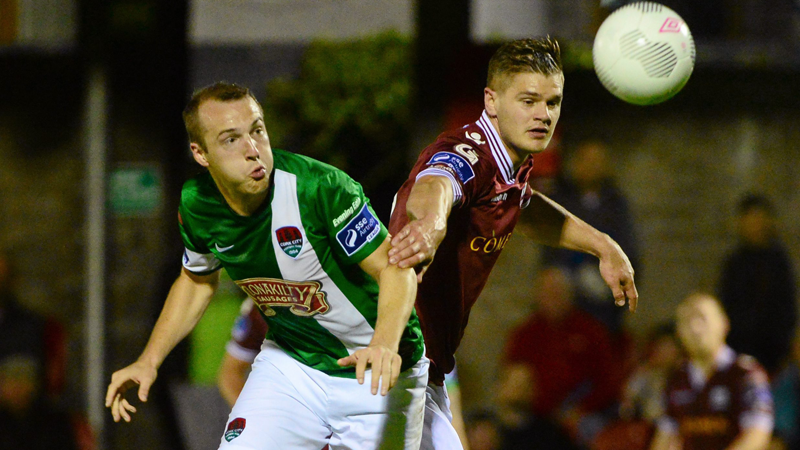 Billy Dennehy’s return from the football wilderness continued with a second goal in as many games, but had the Leesiders capitalised on more of their opportunities on the night, it might have been a much more comfortable result for the home side.

Karl Sheppard and Garry Buckley both had chances to score in the first half and only a series of excellent saves from Conor Winn after the break kept United in the contest until Dennehy’s goal, which proved to be the winner.

City boss John Caulfield made one change to the team that defeated St Patrick’s Athletic in the FAI Cup last time out by bringing Steven Beattie in for Kevin O’Connor, who dropped to the bench.

The visitors have been battling an injury crisis in recent weeks, but Tommy Dunne freshened up his back line by starting Winn, Killian Cantwell and Colm Horgan, while Jason Molloy came into midfield.

United started well and put their hosts under immediate pressure. Jake Keegan saw an effort drift wide after picking up a loose ball from Liam Miller with just two minutes on the clock. Three minutes later, a second shot from Keegan was well blocked by Dan Murray, the crowd of 2,518 having seen Alan Bennett completely miss an attempted interception.

The half chances seem to kick the home side into gear though, and only an excellent block by Sam Oji prevented Buckley from breaking the deadlock with a low strike in the 8th minute.
Karl Sheppard agreed to extend his stay on Leeside during the week but could only hold his head in his hands after missing an excellent opportunity to add to his season’s tally on 12 minutes.

Michael McSweeney’s cross fell to Garry Buckley on the left-hand side of United’s six-yard box, and the midfielder’s low ball back inside found Sheppard unmarked. However, City’s number 19 could only fire over the bar from close range.

Gaynor fired a long-range effort just wide on 25 minutes before the game settled into a more muted spell before the half-time break. Jason Molloy did, however, snatch at a chance from close range shortly before the interval.

Playing into their beloved Shed End, there was much more intent about the men in green at the beginning of the second half. Sheppard tested Winn with a low shot from close range on 49 minutes. Oji almost scored a spectacular own goal two minutes later, before Winn made an excellent fingertip save to deny Sheppard once again.

Caulfield sprung Billy Dennehy from the bench in the 54th minute. The winger replaced Miller and took just four minute to pounce on a long ball forward from Mark McNulty and fire home to the back of the net.

A set piece from the boot of Dennehy saw Bennett get a touch in the six-yard box on 83 minutes but the danger was quickly cleared. The final say, however, almost fell to substitute Andy O’Connell who, except for some calm and collected defending from Gaynor, might have been through on McNulty as the game ticked into added time.