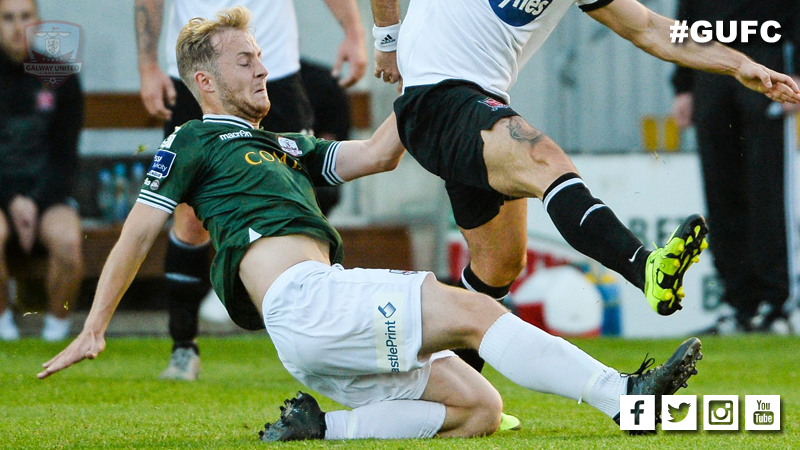 Galway United return to league action on Friday when the Tribesmen travel to Turners Cross to face Cork City.

United were knocked out of the FAI Cup by Dundalk last week, losing 4-1 at Eamonn Deacy Park.

Former Cork City boss Tommy Dunne will be anxious to build on United’s 1-1 draw against Drogheda United when he returns to his old stomping ground.

TOMMY DUNNE SEEKING SOLIDITY AT TURNERS CROSS
“A trip to Turners Cross is a difficult assignment for us. Cork City showed their quality against St Pats last week in the cup and they will be eager to continue that form in the league against us.

“It’s getting late in the day now and points are needed on the board. In a game such as this, we need to be fighting for each other and battling against a solid Cork City team.

“You have to be positive but not cavalier in your approach, we have to be diligent and we will have to stick to our gameplan at Turners Cross.

“We’re going to Turners Cross to have a go at them, it will be difficult, we’re down some important players. We will be up against it.

“It’s vitally important that we keep it tight. We’re giving ourselves mountains to climb with the concession of silly goals from set pieces. That has to stop.”

Stephen Walsh (ribs) is still experiencing soreness and is ruled out. Marc Ludden (concussion) has not recovered fully and won’t be risked against Cork City as he continues to go through the return to play protocol.

Padraic Cunningham (knee) is recovering from surgery, Ryan Connolly (ankle) is still sidelined for the Tribesmen.

Long-term absentee Andy O’Connell trained this week in full without ill-effects and he is expected to take his place on the bench for the first time since his nasty injury against Cockhill Celtic in April.