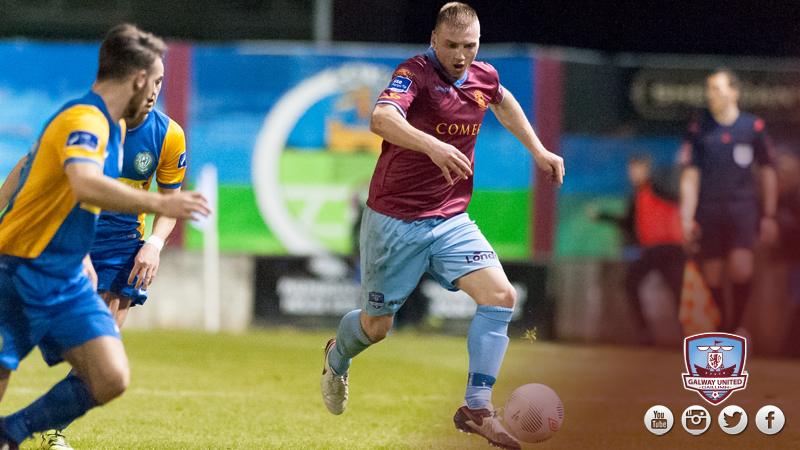 Galway United slumped to a disappointing first loss of the season at the hands of Derry City on Friday night.

Kevin Devaney grabbed his second goal of the season in the 24th minute when he steered Gary Shanahan’s cross past Ger Doherty.

Derry City substitute Nathan Boyle levelled matters with 15 minutes to play. Conor McCormack’s free-kick was cleared, the ball sat up perfectly for Boyle; who shot across Conor Winn into the far corner of the net.

United were stunned in injury time when Boyle peeled off behind the Tribesmens backline, he took the ball under control before cracking a left-footed effort in off the foot of the post.

City captain Ryan McBride fired over the upright when the ball broke to him at the edge of United’s box.

Gary Shanahan won a tussle against Dean Jarvis before striking low and with power, but Ger Doherty was well placed to save.

Shanahan played a big role in United’s well-worked opener. He shrugged off Jarvis’ challenge once again after being found with a throw and he crossed to Kevin Devaney, who finished confidently at the back-post.

Enda Curran almost scored a goal of the season contender from 40 yards, but his lobbed effort landed on the roof of the net with Ger Doherty scrambling.

In the 37th minute, Conor Winn was forced to push Gareth McGlynn’s free-kick over the crossbar to safety.

Influential Derry midfielder Barry McNamee broke into the box and he tried to the squeeze the ball past Conor Winn, but United’s keeper got his angles right and he smothered the danger.

On the stroke of half time, Ryan Connolly delivered an in-swinging free kick, Gary Shanahan connected with a powerful header but unfortunately it was straight at Ger Doherty.

Boyle, pounced on a loose ball in the 75th minute and he steadied himself well before smashing the ball into the far corner.

The game appeared to be petering out for a draw but Nathan Boyle sickened the visitors in the 92nd minute when he unlocked United’s defence and found the back of the net with a left footed finish.