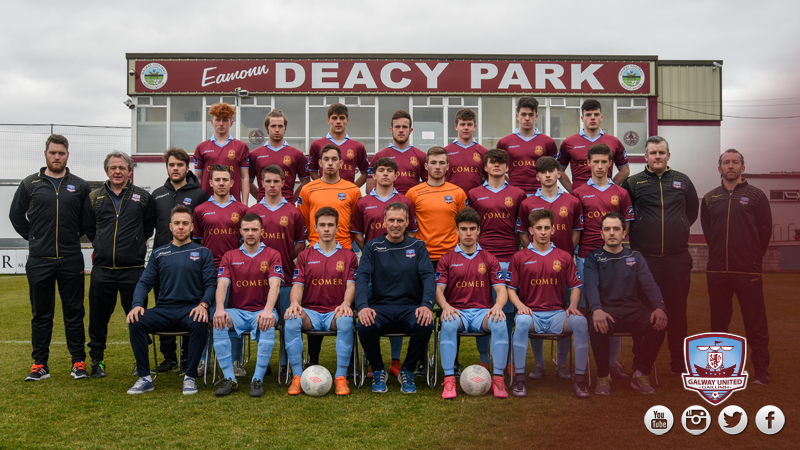 Galway United under-19s got their first point of the season against Shamrock Rovers at Eamonn Deacy Park on Saturday afternoon.

The Tribesmen were desperately unlucky not to take all three points against the Hoops, but there were plenty of positives to take from the game for manager Johnny Glynn.

In the 13th minute, United winger Ciaran Nugent was fed the ball by Andrew Connolly and his first-time effort crashed off the post.

Aaron Dobbs drew a smart save from United keeper’ Patrick McHale, who was making his debut for the club.

Sean Boyd then saw a low free-kick saved by McHale from 20 yards.

Andrew Connolly had the best chance of the first half when he was played through on goal, Rovers custodian Mikey Quinn rushed from his goal, Connolly lobbed him, but the ball dropped on the wrong side of the post.

10 minutes into the second half, Mikey Quinn pulled off a phenomenal save to deny Evan Cusack, who cracked in a volley from 25 yards.

With just 5 minutes to play, Evan Murphy was inches from sealing the win for Johnny Glynn’s side. He helped a United corner goalward, Quinn was beaten but Jamie Wilson cleared the ball off the line and the sides finished scoreless.