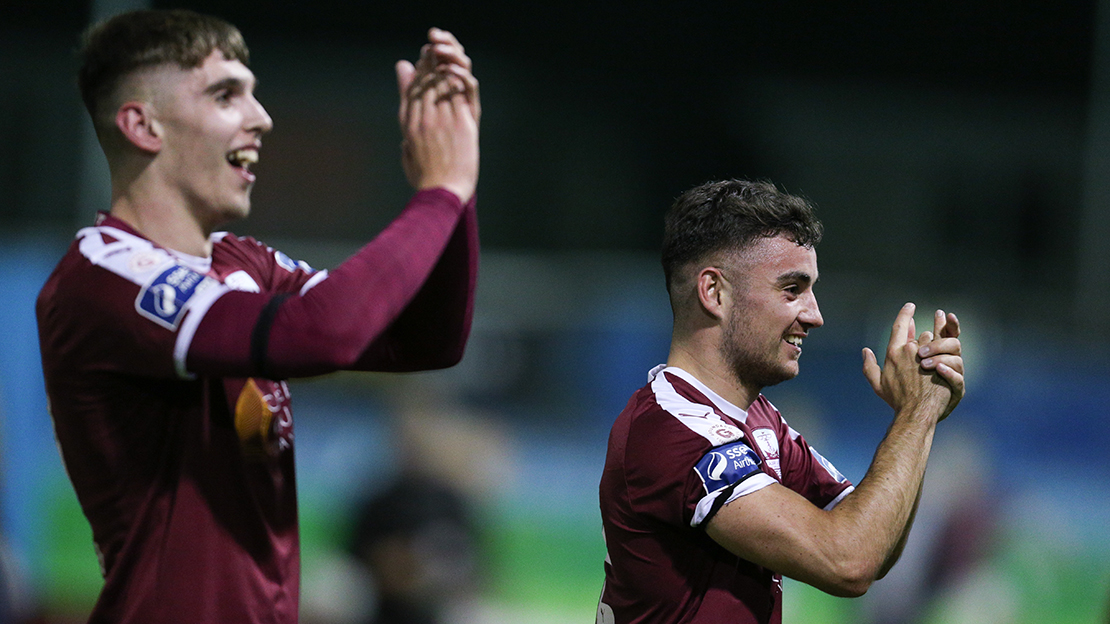 Galway United stormed in the Quarter-Final of the FAI Cup with an electric performance and 1-0 win against Cork City at Eamonn Deacy Park.

The Tribesmen’s all-important winner arrived right on the stroke of half time. Conor Melody’s firm header from Stephen Christopher’s in-swinging corner kick was too hot for Mark McNulty to handle and Cork City full-back Ronan Hurley was unable to clear the ball off the line.

The win was the least that United deserved on the night and a glossier scoreline would not have been unjust.

Cork City’s best chance of the contest came in the fifth minute. Kevin O’Connor’s wicked free-kick was flicked on by Mark O’Sullivan, but the ball just drifted wide of the post.

United captain Stephen Walsh got a head to Marc Ludden’s long throw in a crowded box, but the ball was too lofted and Mark McNulty gathered easily. 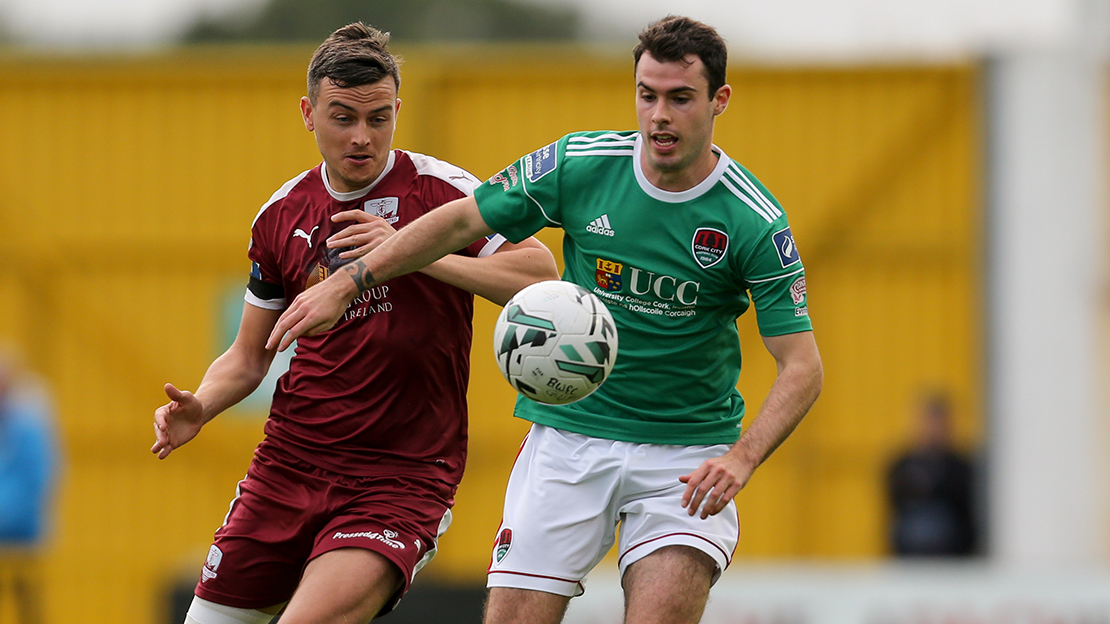 Maurice Nugent’s shot in the box deflected towards Conor Barry, he turned and attempted to steer the ball into the corner, but he was crowded out and a corner was conceded which came to nothing for the home side.

Barry’s influence on the game continued to grow and the attacker did well to manufacture space for himself in the box before firing just wide of the post. Mark McNulty seemed to have his angles covered however.

Some nice interplay between Maurice Nugent and Conor Barry ended with the latter side-footing just over the upright.

United’s pressure did pay off right on the stroke of half time when Stephen Christopher whipped in a corner kick that Conor Melody got a strong head to. Mark McNulty and Ronan Hurley both failed to keep the ball out the net and United took a deserved lead into the break. 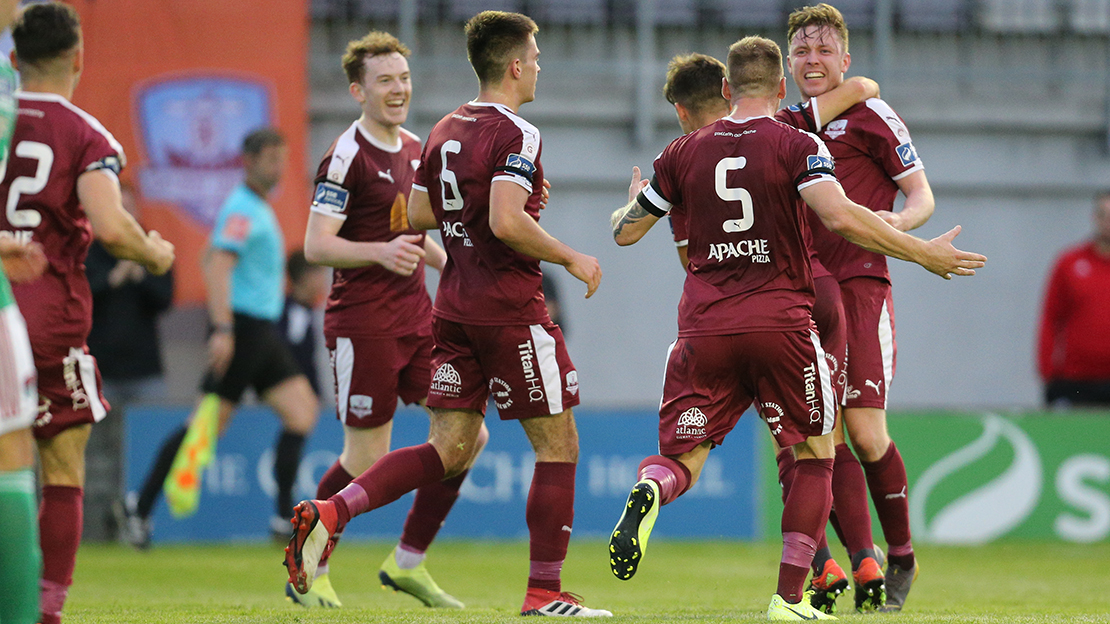 Cork City changed their shape at the break and introduced Shane Griffin in place of Joel Coustrain, but the rhythm of the game didn’t really change. The Leesiders enjoyed a lot of possession in the opening 15 minutes of the second half, but United’s goal remained untroubled and Alan Murphy’s side always looked dangerous on the counter.

Early in the second half, Conor Barry showed some neat footwork to slide the ball past Dan Carey before getting a shot away, but it was well kept out by Mark McNulty.

United went close to making it 2-0 just after the hour mark. Conor Barry broke through the middle before spraying the ball wide to Donal Higgins, who stepped inside the challenge of Ronan Hurley before toe-poking towards the near post, but Mark McNulty collected. 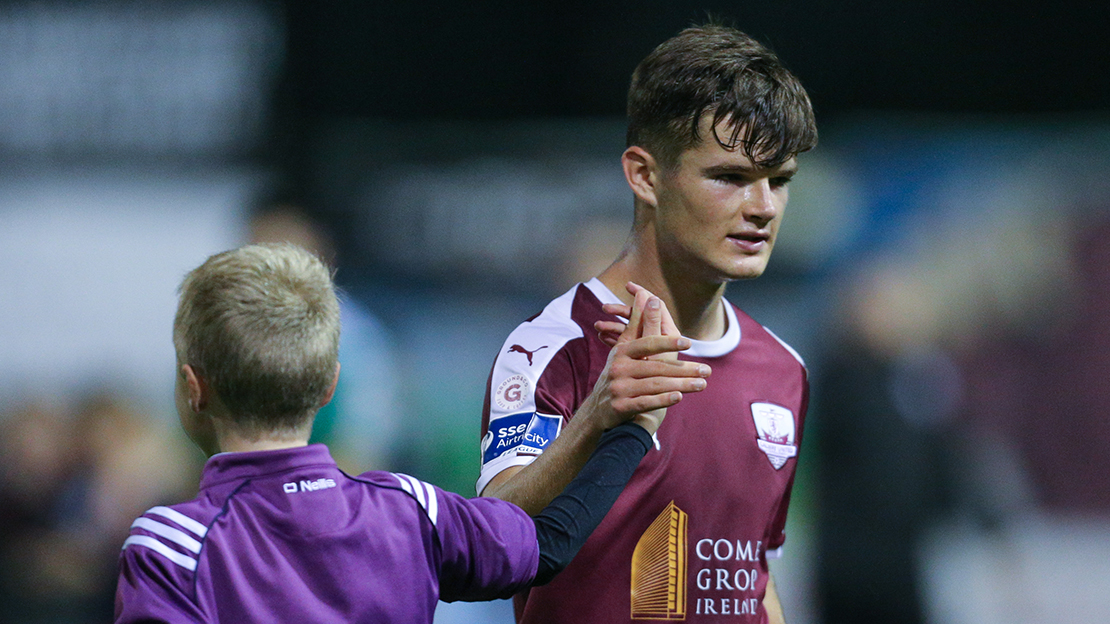 Cork City committed men forward in search of a leveller and this left gaps for United to exploit at the back. The home side counter attacked and the ball was worked forward to Conor Melody, who did brilliantly to hold off the challenge of Conor McCarthy before playing a perfectly weighted pass into Donal Higgins path. The 17-year-old winger tried to cut in and shoot, but his effort was blocked down with City stretched.

It was tense stuff in added time with Cork City sending goalkeeper Mark McNulty forward for a corner kick, but the danger was cleared and United held on for a fully deserved win and safe passage in the Quarter Final of the FAI Cup.

It was a special night at Eamonn Deacy Park.