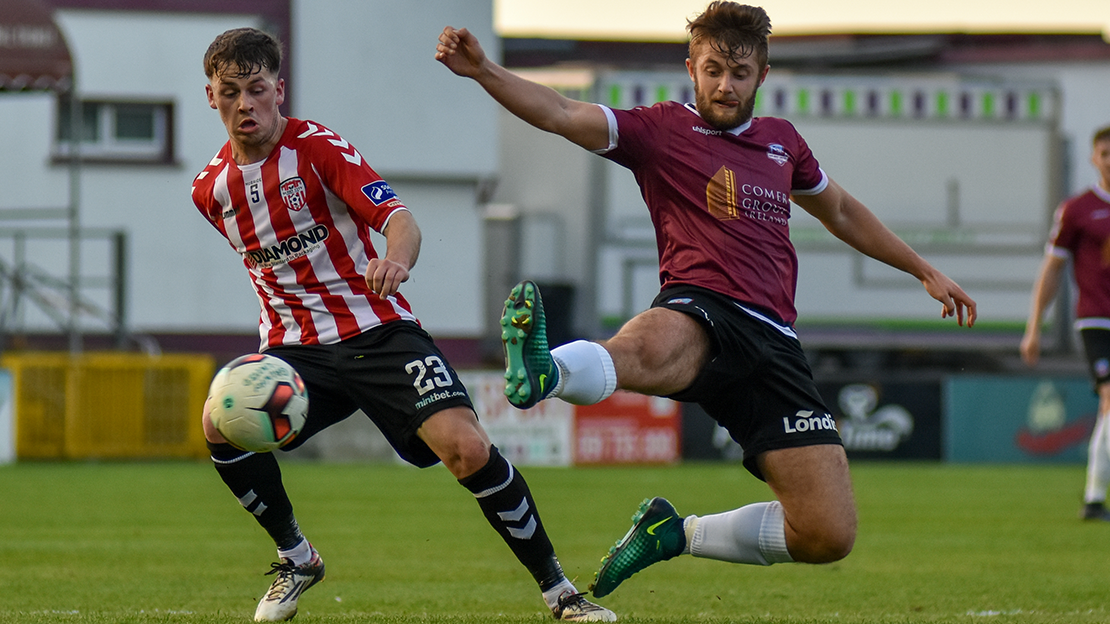 A goal each in either half from Kevin Devaney and Vinny Faherty was enough to see Galway United through to the last eight of the EA Sports Cup this evening at the expense of visitors Derry City.

Aaron Barry was the first player to have a shot in anger. His header was blocked down by the United defence, before striking a shot from the rebound, but it was cleared at the second attempt. Aaron McEneff also flashed a shot wide from distance with almost ten minutes on the clock.

Later in the half Nathan Boyle had the beating of Paul Sinnott, but his well-hit shot was off-target.

In the 27th minute of the first half, the Tribesmen hit the front. A dangerous corner delivered by Gary Kinneen dropped at the back post and was eventually poked home by Kevin Devaney.

The home side could have gone two goals to the good minutes later, as another Gary Kinneen delivery provided Gary Shanahan with a free header, but the winger was unable to connect.

Mark Timlin tried to fire back for Derry, but his free from 25 yards was well over Ciaran Nugent’s crossbar. 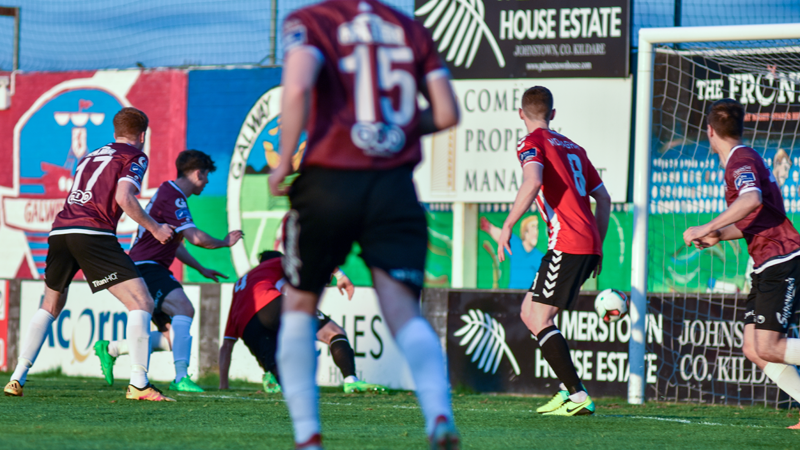 Ten minutes into the second half, Derry got in behind United’s back line, as Cathal Farren looked to run onto it, but Paul Sinnott was there to clear the danger.

An unfortunate slip from Aaron Conway allowed Nathan Boyle the opportunity to test Nugent, but the American ‘keeper was equal to it.

Mark Timlin provided a great cross for Harry Monaghan, but the latter put his header wide of the post, from just inside the penalty spot. Ciaran Nugent needed to make a good save to deny a drive from range by McEneff.

Derry looked to push for an equaliser in the closing stages, as the game looked to have another goal in store. Despite that pressure from the Candystripes, Vinny Faherty wrapped up the win with a goal in injury time. Derry failed to clear and the United striker volleyed a shot which he drove into the ground and up over the diving Eric Grimes in the Derry goal.