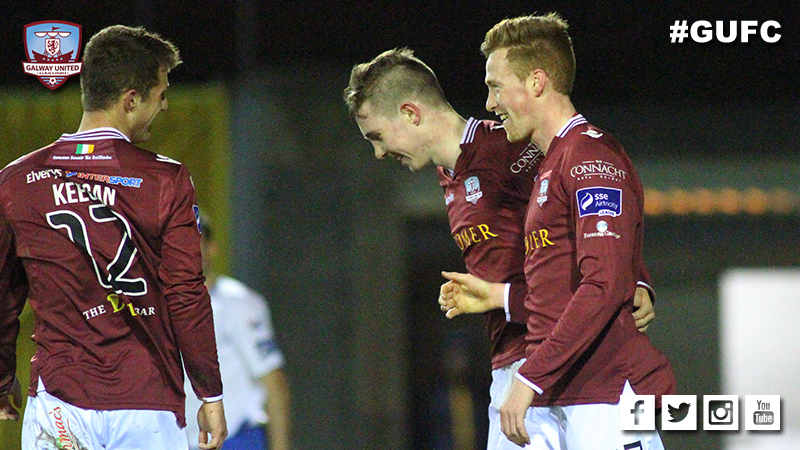 Galway United responded to Friday night’s disappointing loss to Derry City in the best possible fashion, beating Finn Harps at Eamonn Deacy Park to progress to the second round of the EA SPORTS Cup.

United raced into a two goal lead in the first half with goals from Padraic Cunningham and Gary Shanahan. Finn Harps hit back through winger Brian McGroary, who punished some slack defending from the home side.

Jake Keegan added a third from the penalty spot after being upended in the Harps box. Ollie Horgan’s side then pulled another goal back when Keith Cowan volleyed past Connor Gleeson. Harp’s sent everybody forward in search of an equaliser but United held on for a deserved victory.

TEAM NEWS
Tommy Dunne made four changes from the Derry City game. Coming into the side were Padraic Cunningham, Jason Molloy, Cormac Raftery and Alex Byrne.

FIRST HALF
Man of the match Jason Molloy had the first chance at Eamonn Deacy Park when he cut in from the left wing before shooting at the near post, but he pulled his shot wide.

Harps’ captain Kevin McHugh rolled back the years just before the twenty minute mark, when he skipped past the challenge of a United player before driving goalward, but couldn’t hit the target.

United hit the front in the 21st minute with a crisp move. Jason Molloy split the Finn Harps defence, with a perfectly weighted pass for Jake Keegan, who tore down the left wing before squaring the ball to Padraic Cunningham, who confidently stroked the ball past Finn Harps goalkeeper Ciaran Gallagher. 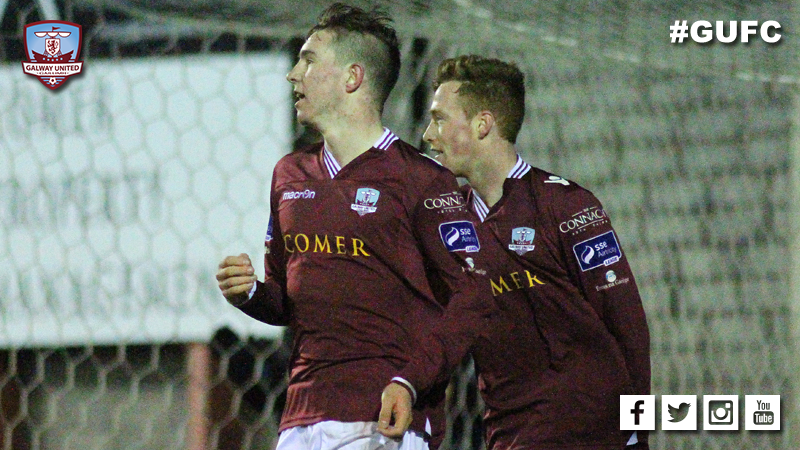 Just after the half hour mark, Finn Harps wasted another real chance in front of goal, when Wilfried Tagbo headed wide when he was completely unmarked.

The away side were punished for their wastefulness in front of goal when Gary Shanahan doubled United’s lead in the 36th minute. When Alex Byrne played a ball behind the Finn Harps defence, Padraic Cunningham’s attempted shot was saved by Ciaran Gallagher, but the ball dropped to Gary Shanahan, who blasted the ball off the crossbar and into the net. 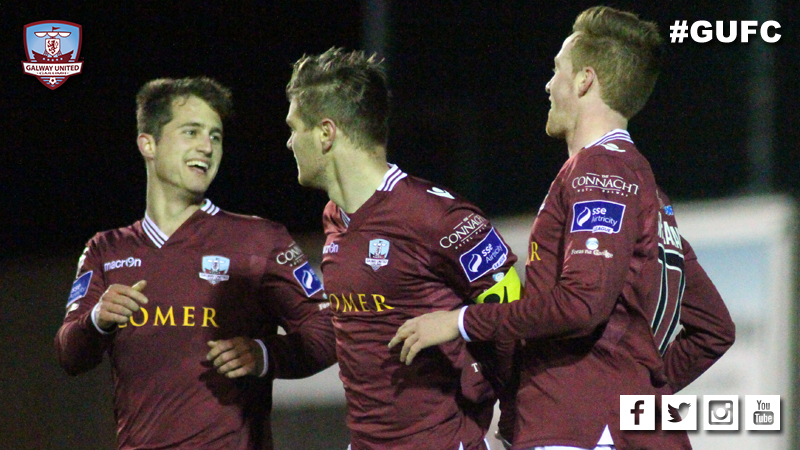 SECOND HALF
Finn Harps managed to pull a goal back when United didn’t clear their lines from a corner kick. Finn Harps recycled possession and midfielder Gareth Harkin hung a cross to the back post that caused havoc in the United box. The ball broke to Finn Harps winger Brian McGroary and he hooked the ball into the top corner to give Ollie Horgan’s side a lifeline.

The goal seemed to jolt Finn Harps into life but they were caught on the break when Gary Shanahan found Jake Keegan outside the Finn Harps box with a pass. He got drove at goal and Finn Harps defender Josh Mailey came from behind and upended the American. Referee Robert Hennessey showed no hesitation in awarding the penalty. Keegan took the penalty himself, firing it to to Ciaran Gallagher’s right, into the bottom corner. The Harps’ netminder guessed correctly, but the penalty was perfectly placed beyond his reach. 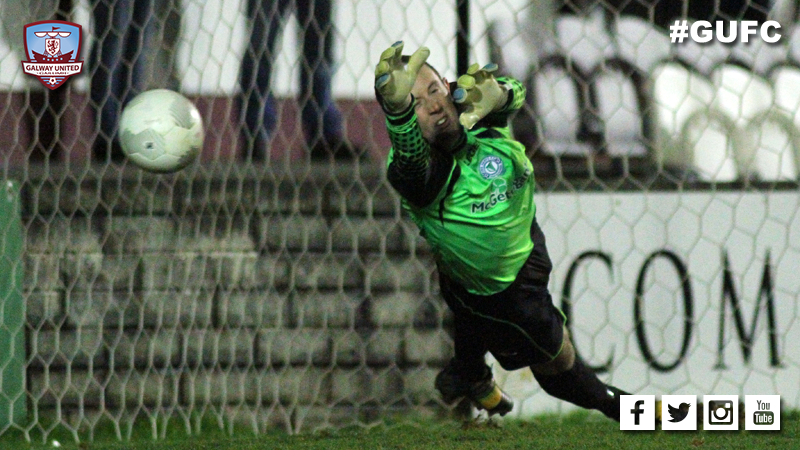 15 minutes from time, Finn Harps’ captain was one-on-one with Gleeson and he choose to lob United’s keeper, but Stephen Walsh got around to cover and cleared the danger.

One minute later, Harps did get a second goal and it was from another set piece. The ball broke to substitute Adam Clarke from a corner, who delivered a ball to the near post and it ping-ponged around the box before Keith Cowan volleyed past Connor Gleeson.

With just under 10 minutes to go, Ruairi Keating had a real chance to equalise but he smashed the ball over the crossbar. Two minutes later, United broke away and from the edge of the box Gary Shanahan smashed an effort off the bottom of the upright.

In the final moments, Finn Harp sent everybody forward in search of an equaliser, but they couldn’t find a way past Connor Gleeson who was well positioned to deny Kevin McHugh.