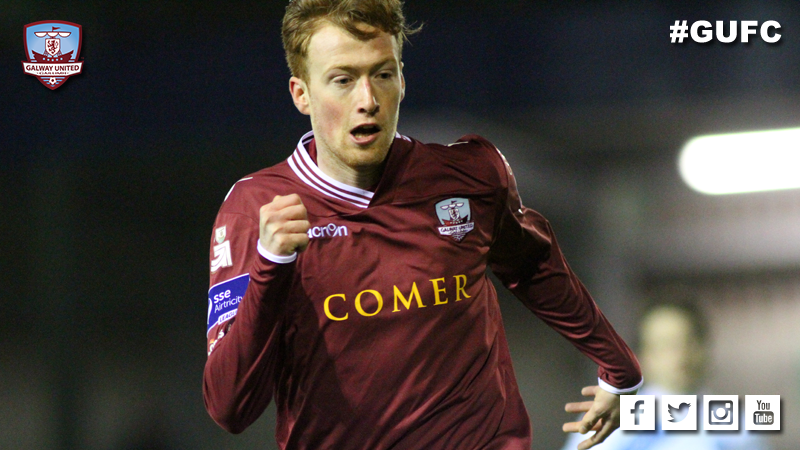 Galway United face another difficult assignment when the club travels to Dalymount Park for its first away match of the season against in-form Bohemians.

United players will be be buoyed by a League Cup victory against Finn Harps at Eamonn Deacy Park on Monday evening.

The Gypsies have made an impressive start to the 2015 SSE Airtricity League season, recording two back to back 3-0 wins.

Galway United manager Tommy Dunne watched Bohemians 3-0 victory against Limerick at Jackman Park and he was impressed by Keith Long’s side.

“I suppose looking ahead to Friday’s game, we know how tough a task it will be to get a result at Dalymount Park,” Dunne told www.galwayunitedfc.ie

“In fairness to Bohemians, they’ve started really well. We’re currently trying to get ourselves moving and get up to speed quickly. We’re not fearing anyone, we know we have to be ready for it and that we’re well capable of getting a result.

“Bohemians have a lot of experienced players, most of their back four have played in the Premier Division for quite some time. They’ve got Lorcan Fitzgerald, Anto Murphy, Derek Pender and Roberto Lopes in front of them. Bohemians are a strong outfit with a strong squad.”

Galway United bounced back from an opening night defeat in the best possible way, defeating Finn Harps 3-2 at Eamonn Deacy Park in the first round of the EA SPORTS Cup. Dunne wants his players to build on that momentum.

“We knew we were going to have games coming thick and fast, the Finn Harps game was very competitive,” was the Dubliners assessment.

“I said it in post match interview, it was tough game first and second half, it was very physical. It will be a bit different at Dalymount Park, depending on the condition of the surface – so we’ve got to make sure we’re at it on the night.

“It’s vitally important for us to pick up points in every game we can. We possibly should have gotten something against Derry City and when you get opportunities to take points from somebody, you have to take them.

“We need to stop giving away cheap goals and we’ve got to learn that quickly. In the Premier Division you need to be getting points when they’re available. We’ll be ready for Friday night’s game.”

TEAM NEWS
Tommy Dunne has a number of injury concerns to contend with heading into Friday night’s game at Dalymount Park.

Midfielder David O’Leary is struggling with an ankle injury picked up in training.

Sam Oji was substituted against Finn Harps because of tightness in his quad, he will have to be assessed before Friday’s game.

Long-term absentees Kilian Cantwell (knee) and Ger Hanley (achilles) are both weeks away from full fitness.

Tommy Dunne is hopeful that Marc Ludden will train on Thursday morning after he missed the Derry City and Finn Harp games with a muscle injury. He is rated as doubtful also.