Galway United continued their excellent start to the second series of games with an entertaining 5-3 win against Bohemians at Eamonn Deacy Park.

The Gypsies came into Friday’s game unbeaten away from home, having only conceded one goal on their travels in 2015.

The win moves United up to sixth position in the league, overtaking Derry City and Longford Town, who dropped points against Dundalk and Shamrock Rovers respectively.

In almost a carbon copy of his goal against Derry City last week, Ryan Connolly’s quick free-kick picked out Jake Keegan and the American scurried in behind the Bohemians defence and looped a header over goalkeeper Dean Delany. That set the home side on their way in what turned out to be a fantastic contest at Eamonn Deacy Park. 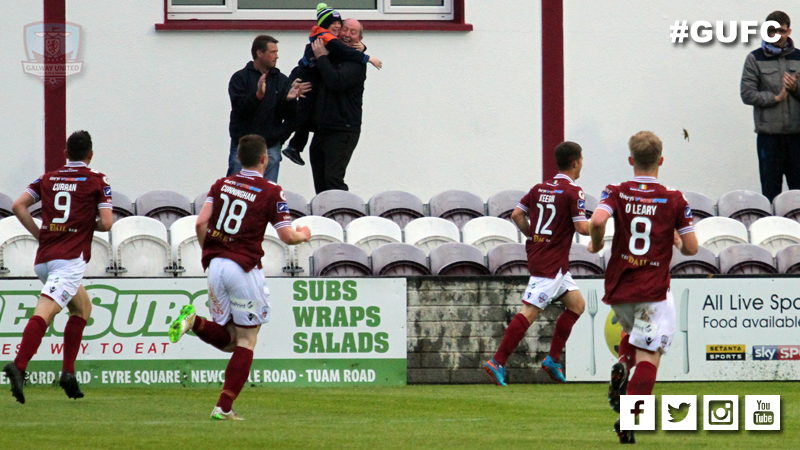 Bohemians equalised four minutes later through winger Paddy Kavanagh. A clearance from a Bohemians throw-in fell to Kavanagh and he skilfully picked his spot, placing the ball past Connor Gleeson’s into far corner.

Referee Anthony Buttimer awarded United a penalty in the 22nd minute for a foul on Kevin Garcia. Enda Curran assumed the responsibility and drilled the ball down the centre to open up Galway United’s lead once again.

Curran’s strike partner, Padraic Cunningham, continued his good form in front of goal in 27th minute, when he latched onto a through ball and found the back of the net with a composed finish.

Bohemians were then awarded a penalty 10 minutes before the interval for a foul on their captain, Roberto Lopes. Galway United keeper’ Connor Gleeson guessed right, but Dean Kelly’s penalty was precise, finding the bottom corner.

In the second half, Bohemians pressed in search of an equaliser but United caught the Dubliners on the break with a ruthless counter attack, when the ever-willing Padraic Cunningham picked up possession in his own half before driving at the Bohemians back line. He then had the wherewithal to backheel the ball to Ryan Connolly, who curled the ball off the angle and into the net. 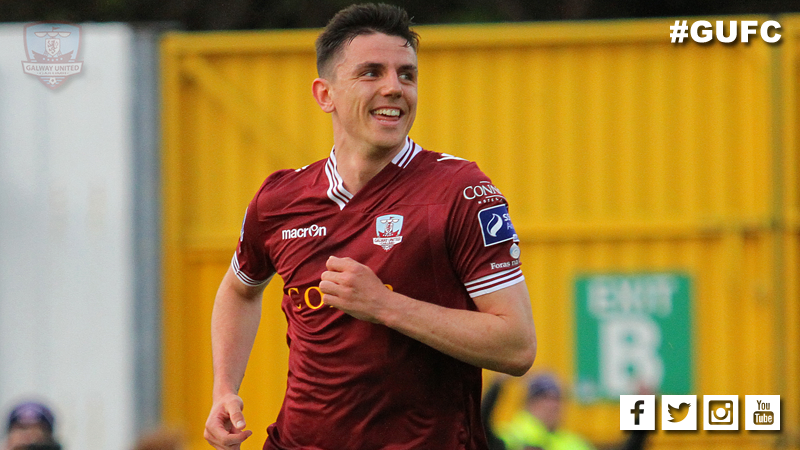 Bohemians continued their search for a second half goal and Adam Evans answered their call in the 87th minute with an excellent strike, firing powerfully into the bottom corner to make it an uncomfortable closing period at Eamonn Deacy Park.

United fans’ stresses were alleviated however when Anthony Buttimer awarded the home side a second penalty, while showing Bohemians goalkeeper Dean Delany a straight red card for fouling Padraic Cunningham. At this stage, Bohemians had already used all of their allotted substitutes and it was defender Anto Murphy who filled in between the sticks for the Gypsies. Enda Curran sent Murphy the wrong way from 12 yards, to claim his 8th league goal of the season and put the gloss on one of the most entertaining SSE Airtricity League matches in recent years.

The two sides meet again at Eamonn Deacy Park on Monday night in the quarter final of the EA SPORTS Cup. Kick-off: 7.45pm.