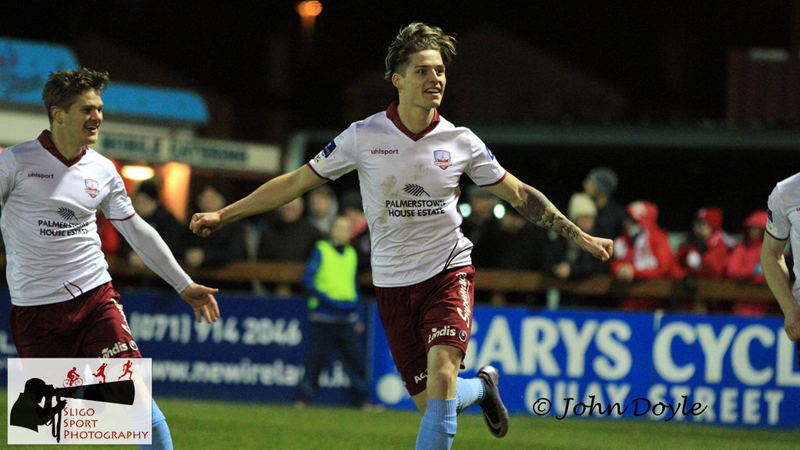 Galway United kept their unbeaten start to the 2016 season intact with a 1-1 draw against Sligo Rovers in the Connacht Derby on Monday night.

Liam Martin shell-shocked the Tribesmen when his speculative strike from 25 yards deceived Conor Winn and the Bit o’Red took the lead after less than a minute.

On the quarter-hour mark, Kevin Devaney picked out fellow winger Gary Shanahan but his flicked header drifted wide of the post.

Sligo Rovers custodian Michael Schlingermann was forced into an acrobatic save to deny an inventive volley from Ryan Connolly.

The sides should’ve been level moments later. Stephen Folan played an inch perfect ball to Vinny Faherty, Michael Schlingermann rushed from his area to cut out the danger and he batted the ball away.

After the half hour mark, Sligo Rovers broke out, a counter-attack from the home side was foiled but the second ball sat up nicely for Jimmy Keohane who tried to pick his spot in the top corner, but he skied over.

Ten minutes before half-time, former Sligo player Kevin Devaney cut in from the left winger before curling an effort toward the far corner, but he pulled his shot wide.

The second half was dominated by United and the home side rarely forayed forward out of their own half.

Kevin Devaney swung a free-kick deep into Sligo territory, the ball ricocheted around the box before Gary Shanahan teed up Ruairi Keating who helped the ball into the bottom corner with a neat finish.

After registering his second United goal inside three days, Keating’s confidence began to grow. In the 70th minute, he did well to slip his marker before bearing down on goal and he attempted to set up Enda Curran but the striker make a connection with the ball.

Keating was desperately unlucky not to add a second goal to his tally for the evening when he saw his header crash off the upright after Ryan Connolly set him up.

Sligo Rovers were reduced to 10 men in the 90th minute when Philip Roberts received a straight red for an off-the-ball incident.

Despite United creating a number of second half chances, Sligo held on for a share of the spoils and Tommy Dunne and his players were left to rue not claiming the three points on offer.