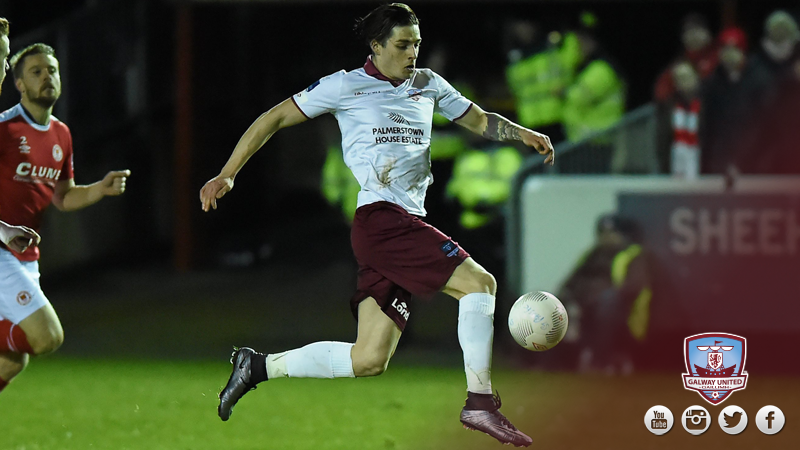 United have made the perfect start to the 2016 season, winning both of their opening games against St Patrick’s Athletic and Bray Wanderers.

Sligo Rovers have been beaten by Shamrock Rovers and most recently Bohemians in their league openers.

When the two clubs last met in the league, Galway United overcame the Bit o’ Red at Eamonn Deacy Park, winning 2-1 in October.

Tribesmen boss Tommy Dunne is calling for a continuation of his sides confident start to the season in the North West on Monday night.

TOMMY DUNNE – “WE’RE GOING TO SLIGO TO CONTINUE WHAT WE’VE STARTED.”
“The games are coming thick and fast and we have to manage the squad,” Dunne said.

“I felt we performed reasonably well against Bray Wanderers. It’s nice to have the option to change one or two things on Monday night if we need to.

“There will be a big crowd at the Showgrounds and I’m sure another noisy away support will make the journey from Galway also. It’s a game to look forward to for players and fans alike.

“Sligo haven’t picked up any points yet, they’ve had two tough games against Shamrock Rovers and Bohemians.

“Nothing changes for us. We’re going to Sligo to continue what we’ve started. We’re not getting carried away. We know we’re going to have to work hard to get anything from the game.

“Dave Robertson has assembled a good group of players with experience and young talent mixed together. We’ve a tough task against them, but there is a bit of confidence in the players and we’re looking forward to the game.

“I expect Sligo to be up for it, they’ve been flicking between two systems, so it will be interesting to see how they will line out against us. They’ve a few very good technical players like Jimmy Keohane and experience in Gavin Peers and Tim Clancy. They’re a strong outfit, but we have belief and confidence that we can continue our run in Sligo.”

KEVIN DEVANEY – “WE’RE ENJOYING OUR FOOTBALL AT MOMENT.”
“It was a great win against Bray Wanderers and I’m delighted with it. It was my first home game in Eamonn Deacy Park and I think we played some lovely stuff at times.

“It’s pleasing for me to score my first goal in front of our own supporters and it came at an important stage in the game. I felt getting the first goal was crucial and we really kicked on from there.

“Last year I missed so much football because of injury, it was frustrating. This year, I just wanted to hit the ground running with Galway United. As a group, we’re enjoying our football.”

Devaney returns to his hometown club Sligo Rovers on Monday night and he expects another difficult outing.

“Sligo Rovers are a good side, they’ll be expectant and eager to pick up their first result of the season against us.

“We know what to expect from them. We’re confident we can cause them some problems and hopefully we can build on the Bray Wanderers result in the Showgrounds.”

TEAM NEWS
Armin Aganovic (knee) and Marc Ludden (foot) are Galway United’s only absentees ahead of Monday’s trip to the Showgrounds.

After a lengthy lay-off, Alex Byrne comes back in contention for the Tribesmen.