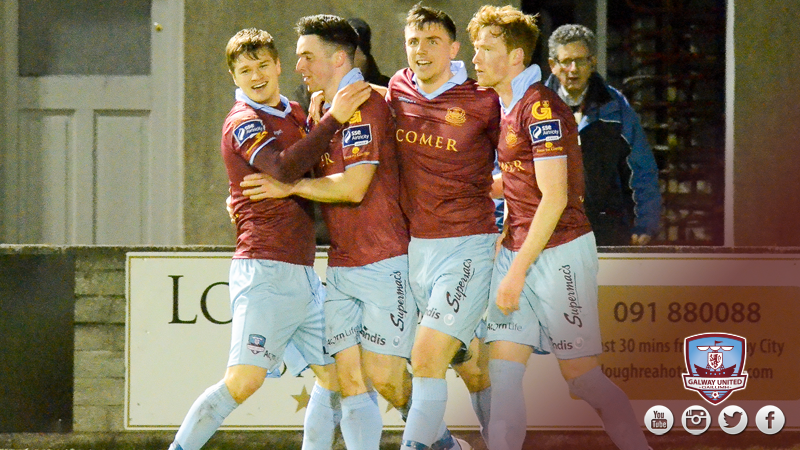 Following Galway United’s excellent 4-0 win over Bray Wanderers in the opening home match of the 2016 season, Kevin Devaney reflected on a good night’s work for the Tribesmen.

“It was a great win and I’m delighted with it. My first home game in Eamonn Deacy Park and I think we played some lovely stuff.”

A relatively late arrival to the squad, one would be forgiven for thinking that Devaney would be playing catch-up, but having played all but ten minutes of the opening two matches, he has quickly gotten up to speed.

“It’s another 90 minutes under by belt, more or less. I’m delighted with the goal, in front of the home crowd and it came at an important time for us too. Getting the first goal was hugely important.”

For all of United’s positive play in the first half and with the hour mark having just ticked by, the lack of a goal might have caused frustration to set in. The crucial opener was soon to follow however.

Following a triangle of passes on the wing, Devaney found the ball at his feet, with his back to goal. After driving diagonally into the box, he jinked and turned a number of defenders, before setting himself up to stroke the ball past Peter Cherrie, with a nice finish on the edge of the six-yard box. 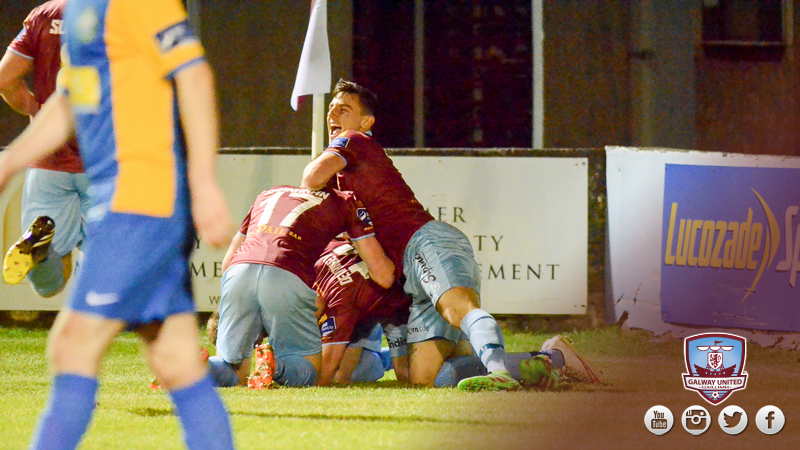 “I think the group we have, we don’t really get frustrated, we keep our heads. It was the same last week when we went a goal down against St Pats. We kept our head, we kept playing.

“It was the same tonight. I knew we would score if we just kept playing our football. In the first half we had a few chances and we probably could have been one or two up, so we knew coming out in the second half, if we just carried on the way we were playing, that we would get our goals.”

When Galway United manager Tommy Dunne watched the PFAI team in Norway during pre-season, Devaney was among those he was able to run the rule over. Having secured a contract on Corribside on the back of it, Devaney has wasted no time in proving his worth.

“I certainly hoped from the outset that I would’ve made a positive impact at the club along with settling into the group quickly.

“I don’t want to dwell on it, but I missed so much of last season, nearly all of it. I just wanted to hit the ground running, I want to keep playing and stay injury free. I’m really enjoying my football here at the minute.”

Galway United travel to the Showgrounds on Monday night looking to make it three wins from three, while Sligo will be determined to put their first points of 2016 on the board.