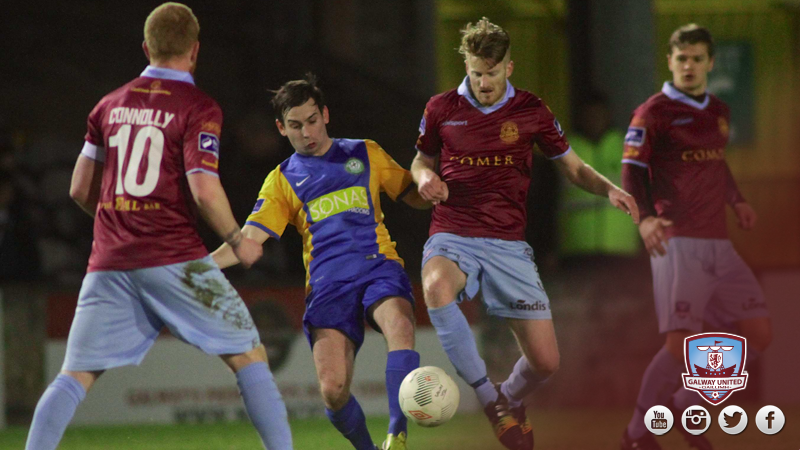 Galway United recorded a second successive win after they overcame Bray Wanderers at Eamonn Deacy Park, scoring 4 second half goals, propelling the club back to the top of the league table.

On the hour mark, a sustained period of pressure from the home side culminated in a deserved opener. Kevin Devaney showed some neat foot work before finding the back of the net.

The points were made safe in the 83rd minute when Bray defender Paul Finnegan turned the ball into his own net when he attempted to clear Colm Horgan’s cross.

Vinny Faherty benefited from a careless Bray Wanderers clearance, Bray goalie Peter Cherrie was in no-mans land and Faherty lobbed the ball over the Scotsman.

An 88th minute strike from Ruairi Keating put the gloss on another polished performance from the Tribesmen. 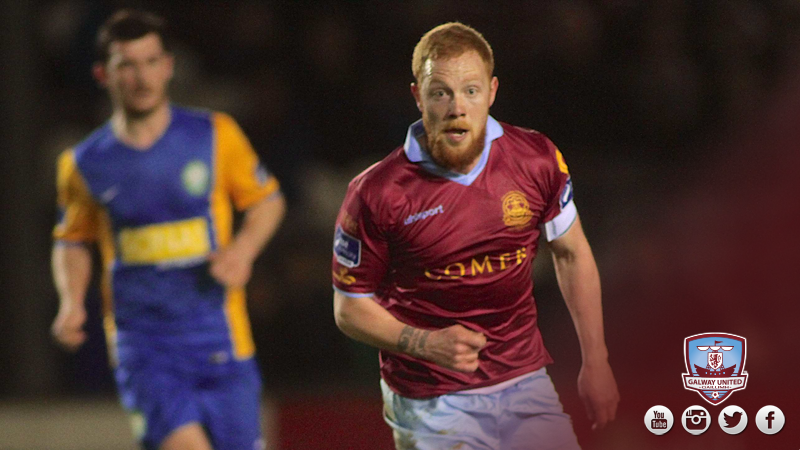 The first half at Eamonn Deacy Park was a relatively dull affair with little chances created. Vinny Faherty laid the ball off to Kevin Devaney and he made space for himself before shooting straight at Peter Cherrie.

Cherrie was then forced into two saves in quick succession. Firstly, he denied Gary Shanahan from an acute angle, then Stephen Walsh’s cross had to be tapped over the crossbar.

Kevin Devaney beat Bray defender Sean Harding before fizzing a cross to the back-stick, Vinny Faherty was lurking but he failed to cushion the ball into the net from close range.

In the second half, there was much more of an urgency from United and Ryan Connolly saw his 25 yard free-kick whistle narrowly wide of the post.

The deadlock was finally broken shortly after the hour mark. Kevin Devaney weaved in and out inside the Bray box before placing the ball past Bray goalkeeper Cherrie into the back of the net. 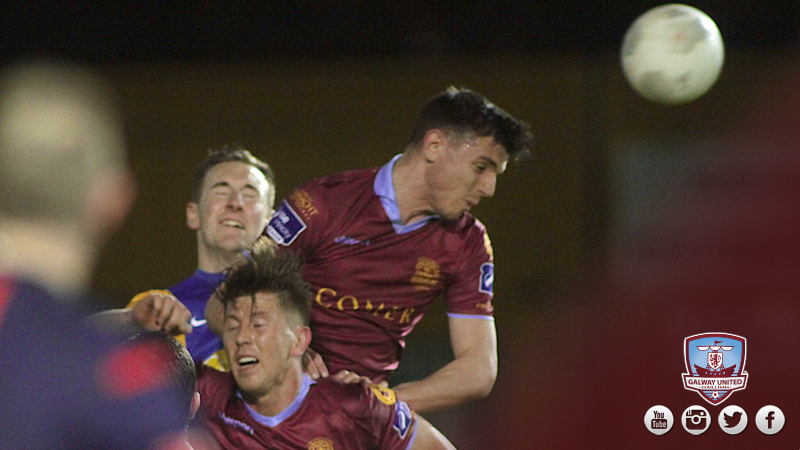 The visitors were guilty of some poor finishing just three minutes after they went behind. United switched off and Mark Salmon should’ve hit the target at the very least, but he glanced the ball wide under little pressure.

Bray Wanderers custodian Peter Cherrie rose high in the box to punch Ryan Connolly’s corner to the edge of the box, Stephen Walsh connected with the ball sweetly on the volley but he couldn’t keep his powerful effort down.

The visitors were limited to very few chances and substitute Hughie Douglas could’ve grabbed a timely equaliser when he made a crisp connection with Mark Salmon’s corner, but his header was wayward.

10 man Bray were stretched and punished once more when Colm Horgan raided down the right flank, he crossed to the near post and Paul Finnegan’s attempted clearance skewed past his own goalkeeper Peter Cherrie.

Bray began to tire and United went in search of more goals. A hasty Bray clearance dropped perfectly for Vinny Faherty, he spotted Peter Cherrie out of position and he dinked the ball over the helpless keeper from 25 yards.

A clinical breakaway from Ryan Connolly saw him feed the ball to substitute Ruairi Keating and he slotted past Cherrie confidently to seal his first goal for the Tribesmen.