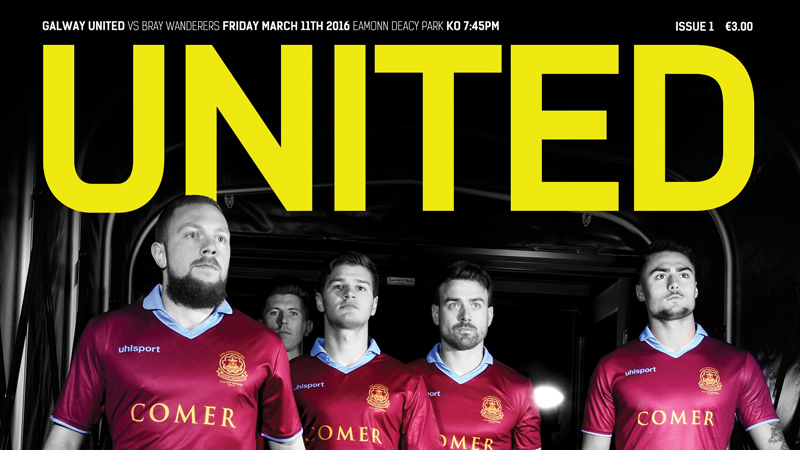 The team at Maroon View have been working hard in the off-season on a brand new design of Galway United’s official match programme.

We’re delighted with the finished product and are pleased to announce that the first edition of our newly designed Maroon View programme will go on sale at Friday’s home game against Bray Wanderers.

Issue 1 of Maroon View is 44 pages and we’re sure our supporters will enjoy it.

Copies of Maroon View will be on sale inside and outside of Eamonn Deacy Park, so be sure to pick up yours for just €3!

Here’s a preview of what can be seen in the first issue of 2016: