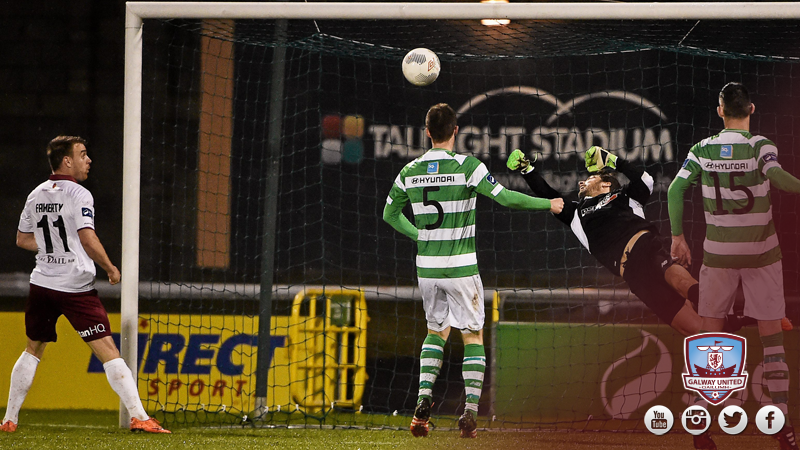 The Tribesmen halted a run of losses with a hard earned share of spoils at the Brandywell, while Shamrock Rovers were held by Dublin rivals St. Patrick’s Athletic at Tallaght Stadium.

The result against Kenny Shiels side meant that United matched their points haul from 2015 with nine league games to follow and Tommy Dunne is aiming for more progression in the final series of games.

In the sides only meeting of 2016, Shamrock Rovers, then managed by Pat Fenlon, were 2-0 winners at Tallaght Stadium courtesy of goals from Brandon Miele and Trevor Clarke in either half.

With the Hoops coming to Eamonn Deacy Park for the first time this season, Tommy Dunne is confident that his players can produce another resolute performance and build on the Derry City stalemate.

“We’re the home team, so we’ve got to make sure that we keep another clean sheet, but we’ve also got to be positive in our approach, the onus will be on us. We need to marry both aspects of our game.

“We will be going after the three points. We’re up against strong opposition, we have to be on the front foot and take the game to Shamrock Rovers.

“In general at home we’ve approached games positively and taken the game to the opposition, even the Bray Wanderers game, albeit we got caught with sucker punches. Against Sligo Rovers away, we didn’t defend enough but we took the lead.

“We’re flexible enough when we have everybody fit. The system we played against Derry City (3-5-2), it was the first time the players have played in that formation this season, so we’re learning and looking to improve constantly.”

José Garcia is United’s only absentee, the Spaniard is waiting on the results of an MRI scan to clarify the full extent of his injury.